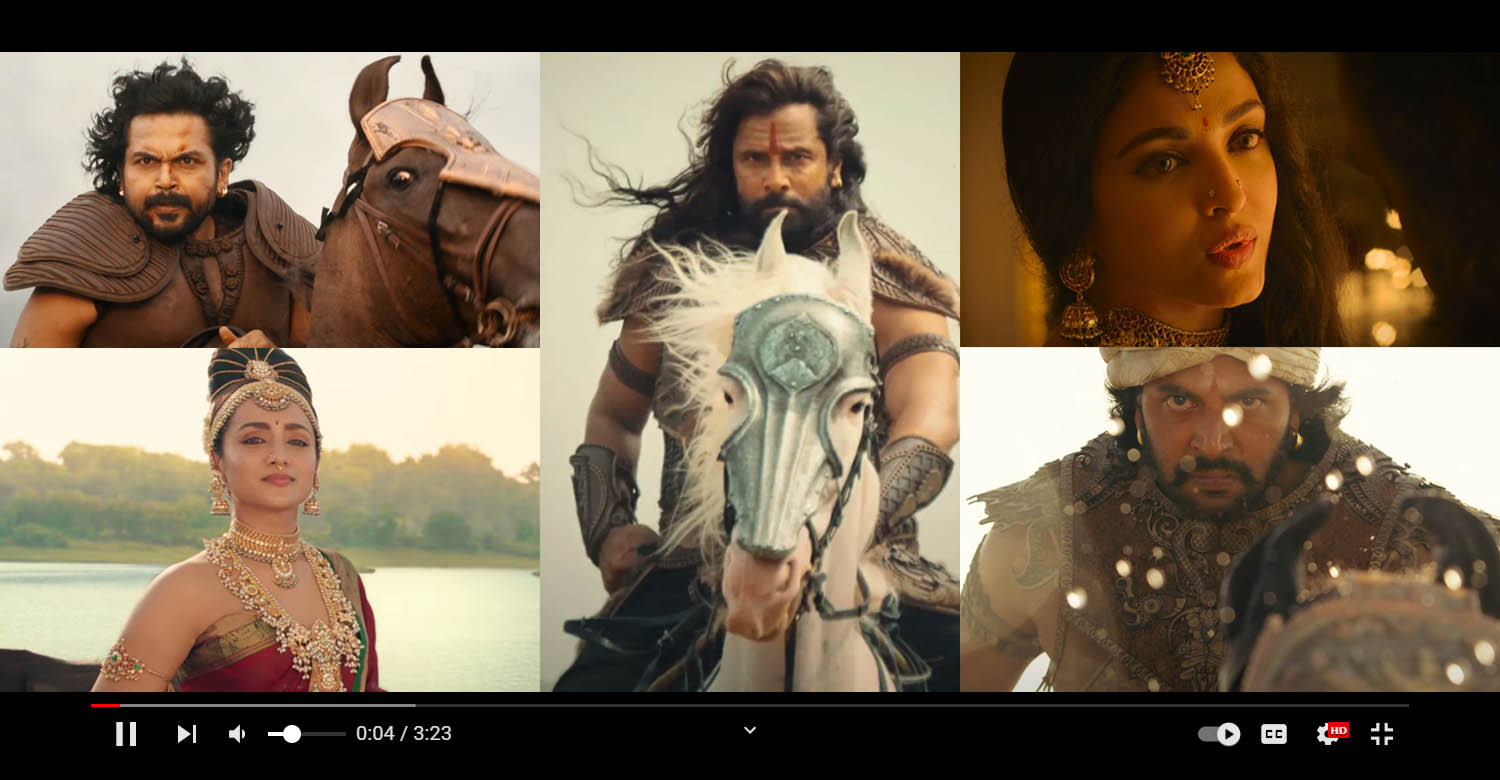 Ponniyin Selvan trailer is rich in drama and grandeur

As reported earlier Kalki Krishnamurthy’s historical Tamil novel ‘Ponniyin Selvan’ is being made as a film with a huge cast and crew involved. It has been adapted as two parts by director Mani Ratnam along with scenarist Jeyamohan. While the first part is set to hit screens on September 30, the second part has been scheduled for release next year. The makers had recently released its trailer, which is high on grandeur, action and some riveting drama.

Planned as a pan-Indian project, ‘PS 1’ will be releasing in Tamil, Malayalam, Telugu, Kannada and Hindi.