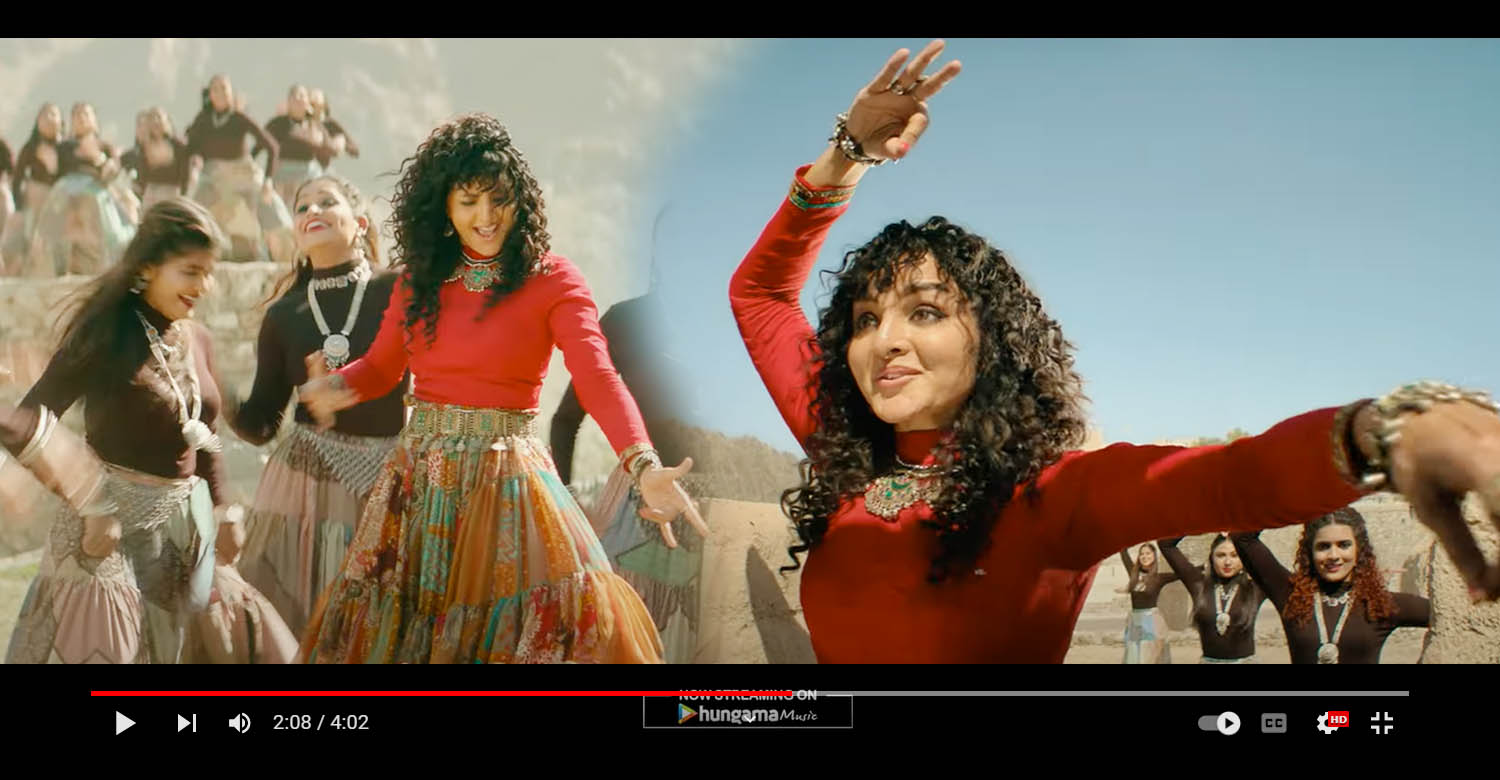 Manju Warrier’s upcoming Indo-Arab film ‘Ayisha’ is getting ready for release. Last day, the makers shared the first song video from it. Titled ‘Kannilu Kannilu’, it is a funky dance number composed by M Jayachandran. Prabhu Deva has choreographed the dance moves in the song. It is after a long gap that he is returning to Malayalam industry. Earlier during the shoot, Manju Warrier has shared a photo taken with Prabhu Deva during the rehearsals and captioned it as a ‘dream come true moment’

‘Ayisha’, directed by debutant Aamir Pallikkal, is set entirely in the Gulf. It will be showcasing a mix of Indo-Arabic cultures and will be released in Malayalam, English, Arabic, Tamil, Telugu, Hindi, and Kannada languages.

‘Ayisha’ has its story written by Ashif Kakkodi, who had earlier scripted ‘Halal Love Story’. It has editing by Appu N Bhattathiri and cinematography by Vishnu Sharma.

Manju Warrier meanwhile was recently in Bangkok for the shooting of her upcoming Tamil film with Ajith. Titled ‘Thunivu’, the film directed by H Vinoth is touted to be a heist thriller. In Malayalam, the actress has ‘Vellarikka Pattanam’ coming up next.