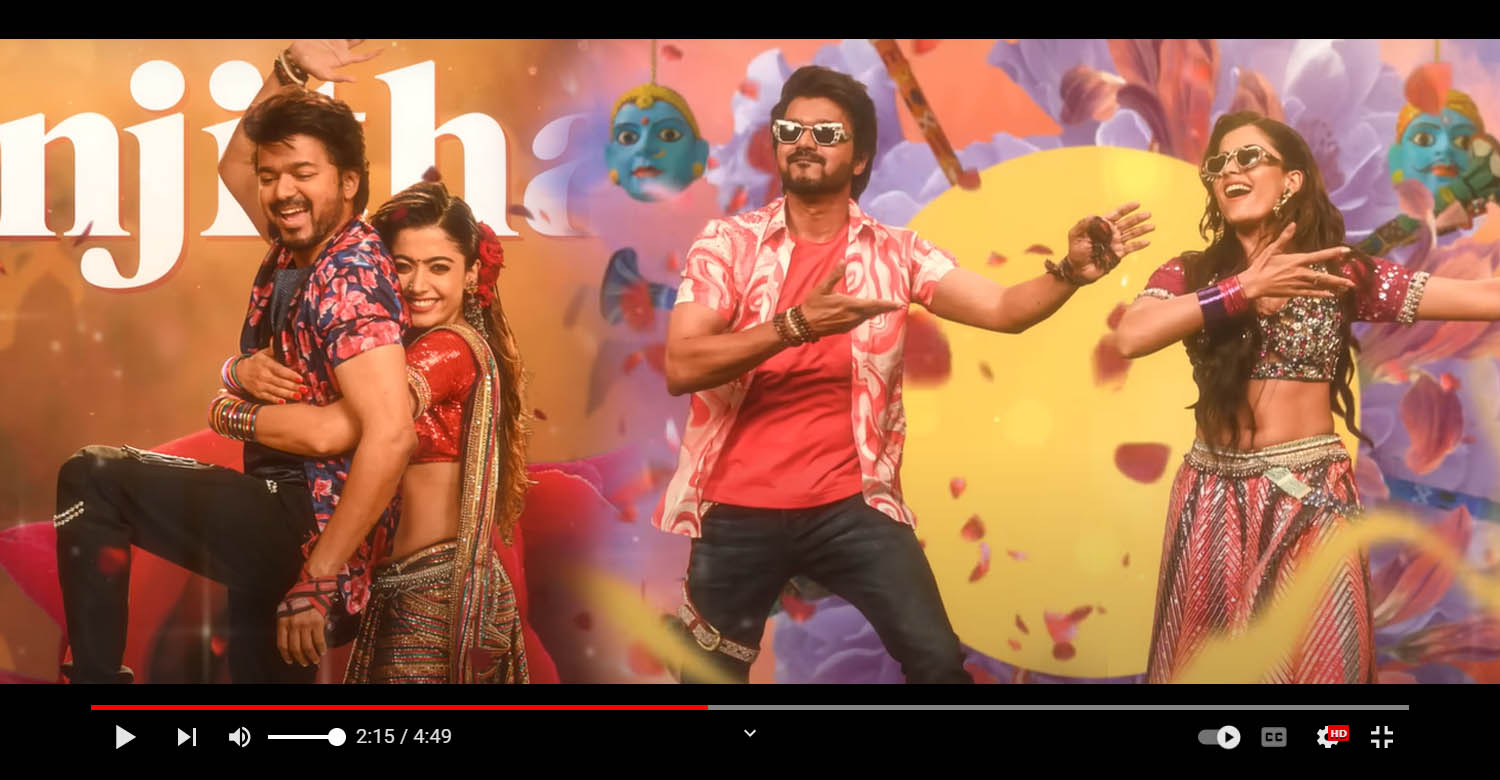 Last day, the makers of Vijay’s Varisu released the first single ‘Ranjithame’ online and it has already gone viral. Vijay and Rashmika Mandanna, who plays his pair, feature in the song. The track is composed by Thaman and penned by Vivek. Vijay and MM Manasi have sung this peppy, dance number that is choreographed by Jani. He had recently choreographed the song ‘Arabic Kuthu’ in Vijay’s ‘Beast’.

‘Varisu’ directed by Vamshi Paidipally is gearing up for a grand Pongal release in January, 2023. Touted to be a family-based mass entertainer, the film is scripted by Hari and Ahishor Solomon. SJ Suryah, Sarath Kumar, Prabhu, Prakash Raj, Srikanth, Khusboo, Sangeetha, Shaam and Jayasudha will be seen in prominent roles.

Thaman is the music director, marking his first time collaboration with Vijay. Karthik Palani is the cinematographer and edits will be handled by Praveen KL. The film is produced by Dil Raju and Sirish under Sri Venkateswara Creations. It will also be releasing in Telugu as ‘Vaarasudu’.