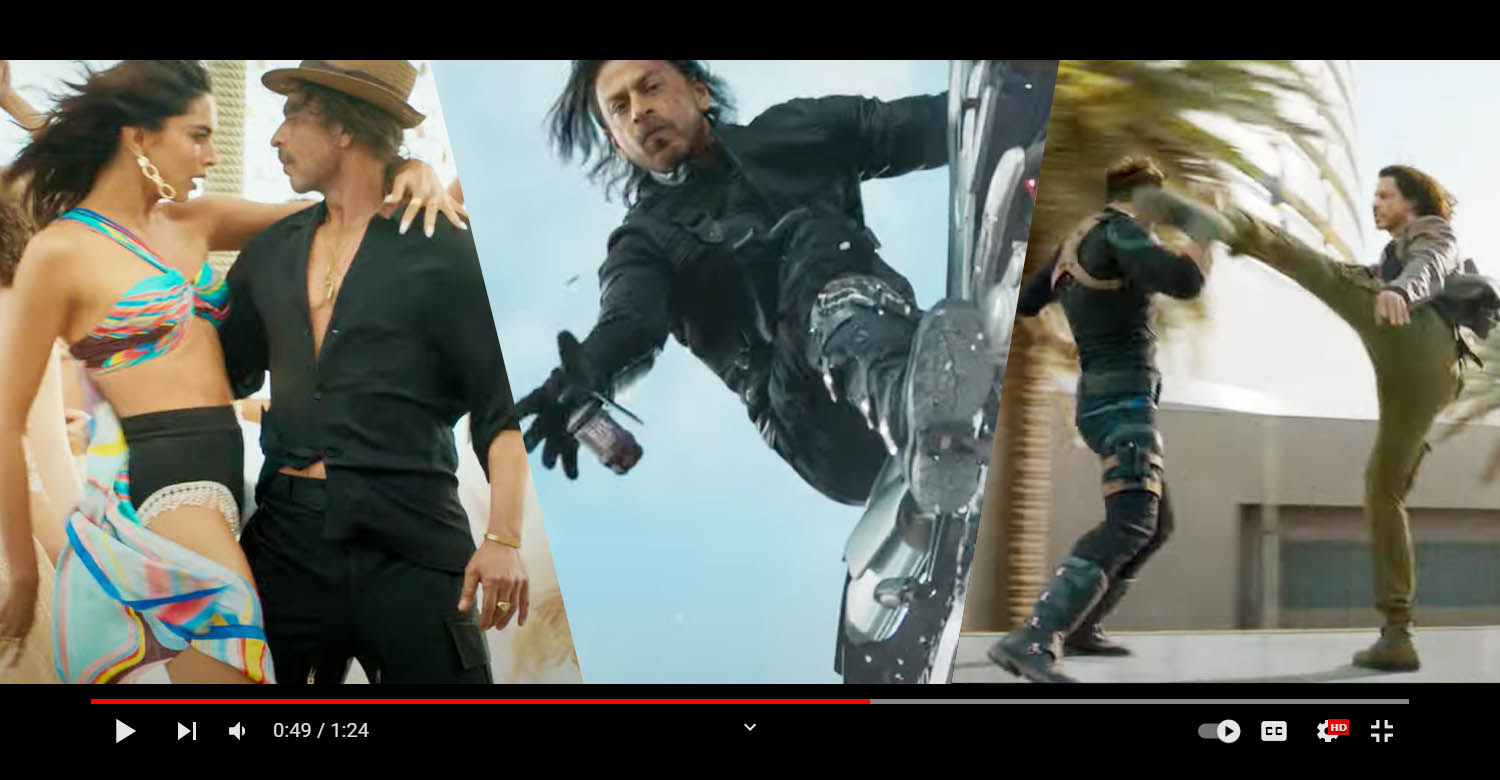 On Shah Rukh Khan’s birthday, the much-anticipated teaser of his new film ‘Pathaan’ got released. As expected, the teaser opened to fabulous response online with fans thrilled to see SRK back after a four long years. The film is directed by Siddharth Anand, who has previously made films like ‘War’ and ‘Bang Bang’. Like the director’s previous films ‘Pathaan’ also promises to be an action spectacle with high octane chases and plenty of action set pieces.

Along with Shah Rukh Khan, the film has Deepika Padukone and John Abraham as the leads. While John Abraham essays the villain role, Deepika is also seen in an action avatar in the teaser. The video has already fetched a whopping 22 million views in YouTube.

‘Pathaan’, shot in Dubai, Abu Dhabi, Spain, and other foreign countries, reportedly has Shah Rukh’s character as a spy. Unconfirmed reports also suggest that the film will also have cameos from Salman Khan and Hrithik Roshan as part of expanding YRF’s spy universe. Salman Khan will be appearing as Tiger while Hrithik will be reprising his character Kabir from ‘War’.

‘Pathaan’ is slated to hit screens worldwide on January 25, 2023. Besides Hindi, the film will also be releasing in Tamil and Telugu.