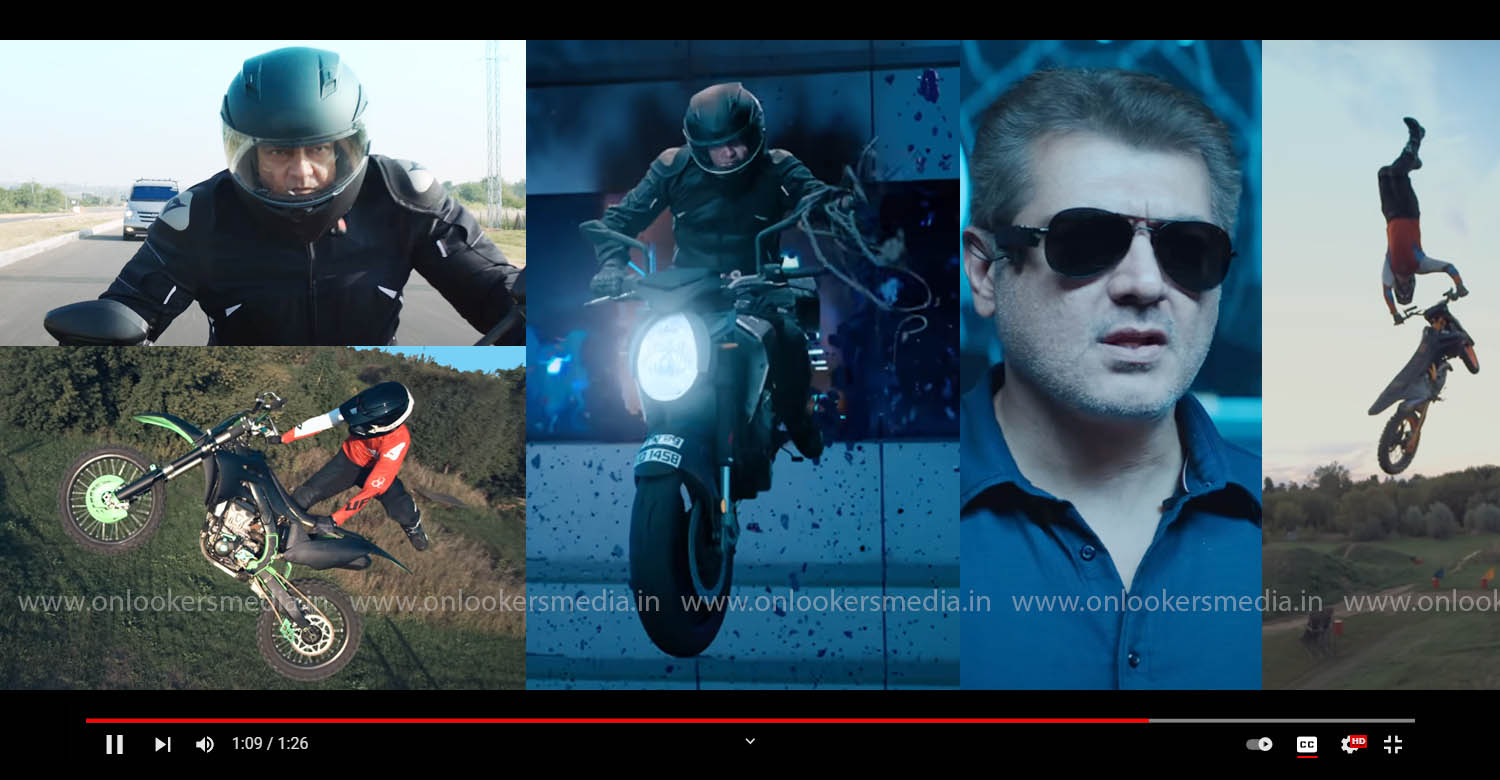 As informed, the first glimpse from Ajith’s came out last day. The 1.27 long video begins with dirt bike riders performing stunts in mid-air. It is followed by Ajith’s mass intro and racy shots of him riding superbikes. The antagonist Karthikeya Gummakonda of ‘RX 100’ fame also appears in the short teaser.

‘Valimai’, written and directed by H Vinoth, promises be a stylishly shot mass-action flick. Ajith reportedly plays a cop’s role in it. Bollywood actress Huma Qureshi is the female lead. The film has cinematography by Nirav Shah and music by Yuvan Shankar Raja.

Boney Kapoor’s Bayview Projects LLP and Zee Studios are jointly producing the film. The makers have confirmed that the film will be hitting screens for Pongal next year. There are reports about Vijay’s ‘Beast’ also planning a Pongal release. In that case, a huge clash awaits at the Tamil Nadu box office.