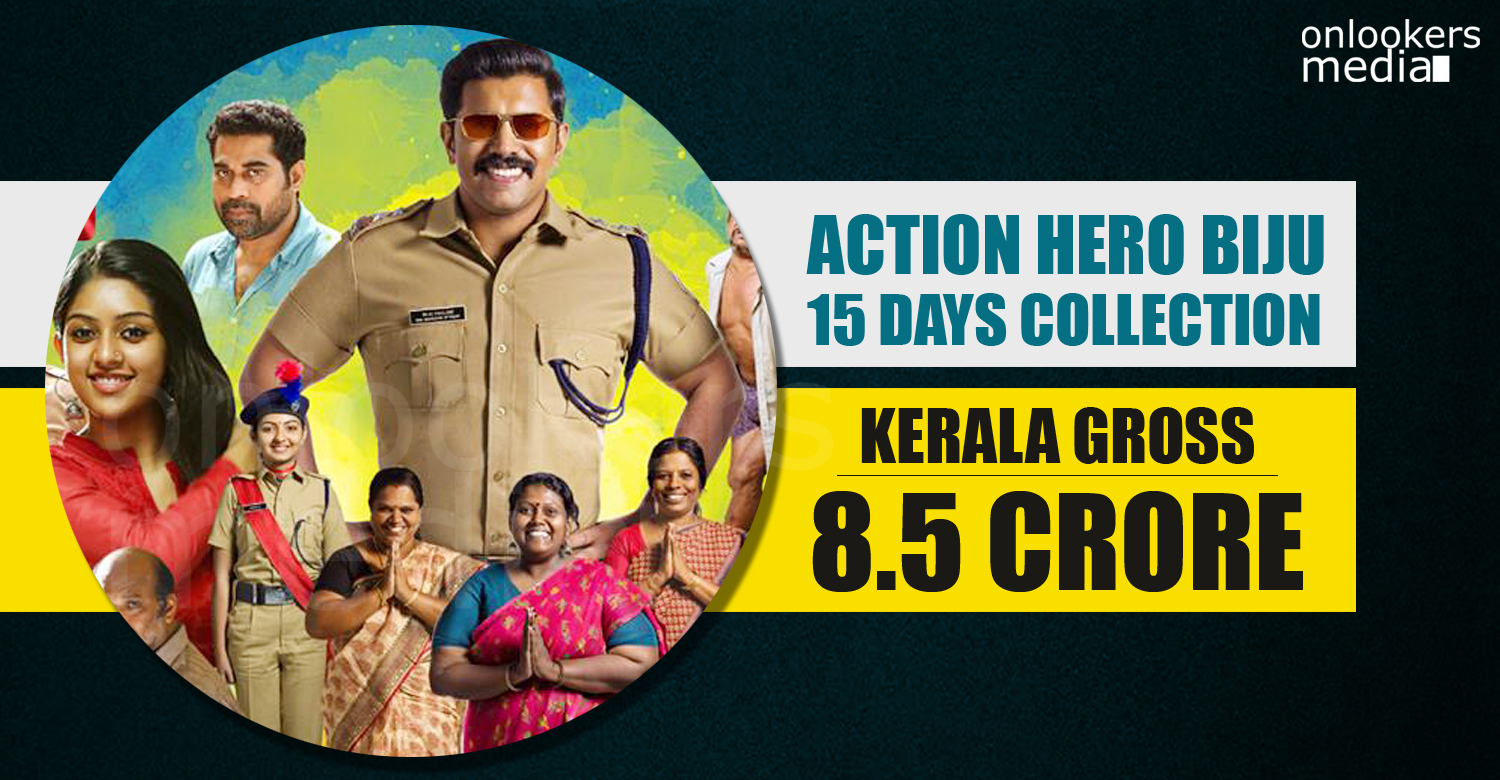 Nivin Pauly is continuing his success story with Action Hero Biju as well which was his first release of this year. Even though it is not a blockbuster success and it had not generated that much frenzy which his previous films like Premam and Oru Vadakkan Selfie had created. But he took the risk to come out of the safe zone and do a realistic police film when people expected a mass masala flick from him.

The director Abrid shine who conceived this film also presented the subject with courage and both of them deserves the appreciation that they were receiving from celebrities and critics now. As per the latest reports from trade pundits, Action Hero Biju had grossed around 8.5 crores from 15 days of its theater run from Kerala.

Even though the film had took a very good opening around 1.59 crore rupees, it had taken a beating in the coming days due to the mixed response. Abrid Shine and Nivin Pauly said to media that someone had really tried to destroy their film through social media. Still the film gets decent collection on Holidyas and evening shows on the working days also showing good numbers for the film.