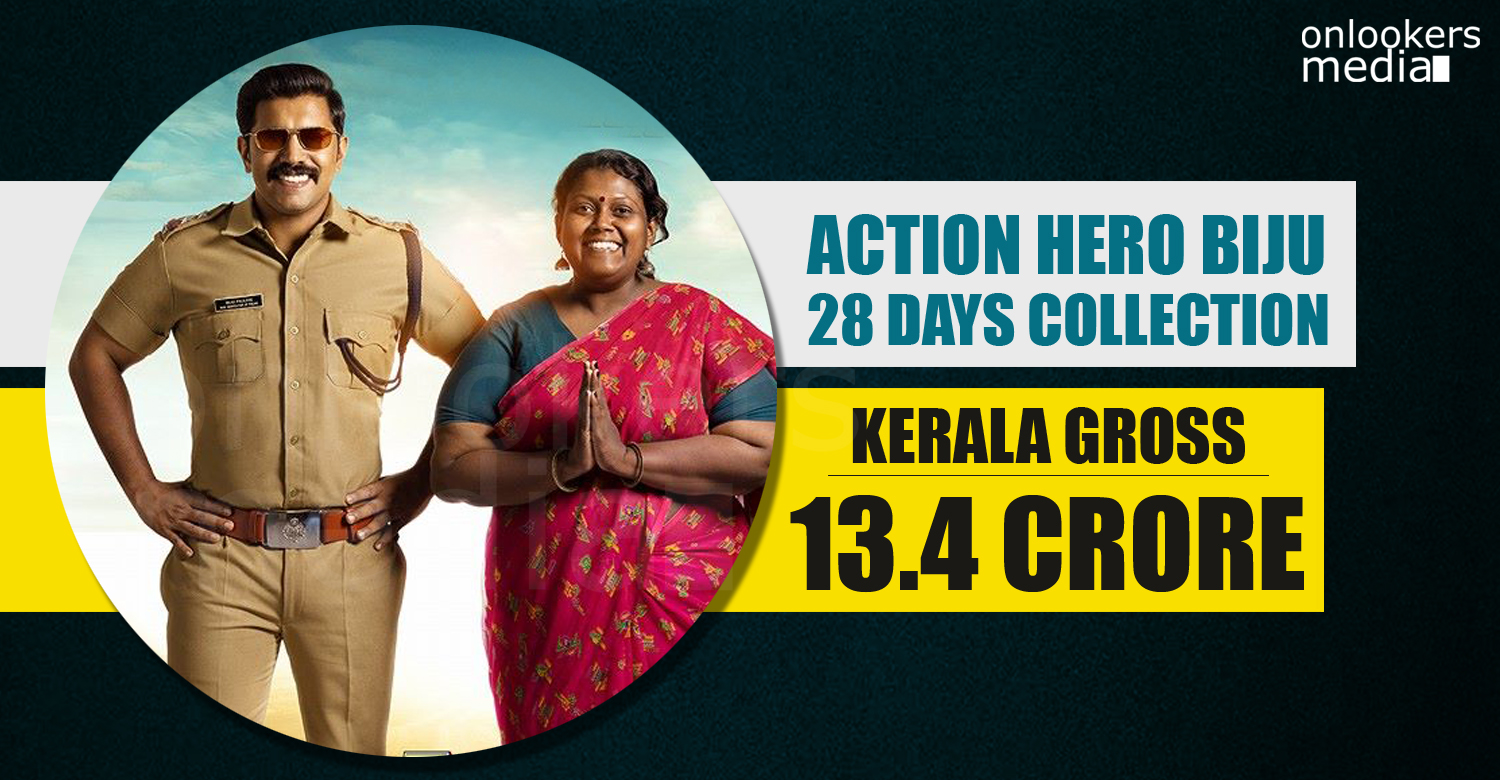 Nivin Pauly-Abrid Shine team’s Action Hero Biju had completed four successful weeks at box office and still going quite well. The film had released on 4th of February this year and amassed mixed opinion from the common mass at first. But critics gave the film great reviews, as it was a realistic take on the life of a police officer. Common mass had really expected a mass masala action entertainer.

But the film failed to give that. It had lost many screens after the first week as well. It had made a good opening day collection around 1.59 crore and later showed a big drop till the end of first week. But after the first week slump, the film had really made a grand come back in box office and now going smoothly as well. After completing four weeks, it had reportedly grossed around 13.4 cr from the screens of Kerala alone.

The film had affected show reduction after first week and also some removals. But later it had made a good come back as shows were increased at many places. It had made come back to many screens from which it had removed earlier. The superb marketing and promotion had made this possible and through it they really succeeded in convincing the common people, what the film really is and what it is all about.

This is the first production venture of Nivin Pauly and Abrid Shine and they had done a great job with its promotion strategies as well. Now the film is moving smoothly at box office and already become one among the 3 super successes of this year. The other two are Pavada and Maheshinte Prathikaram.