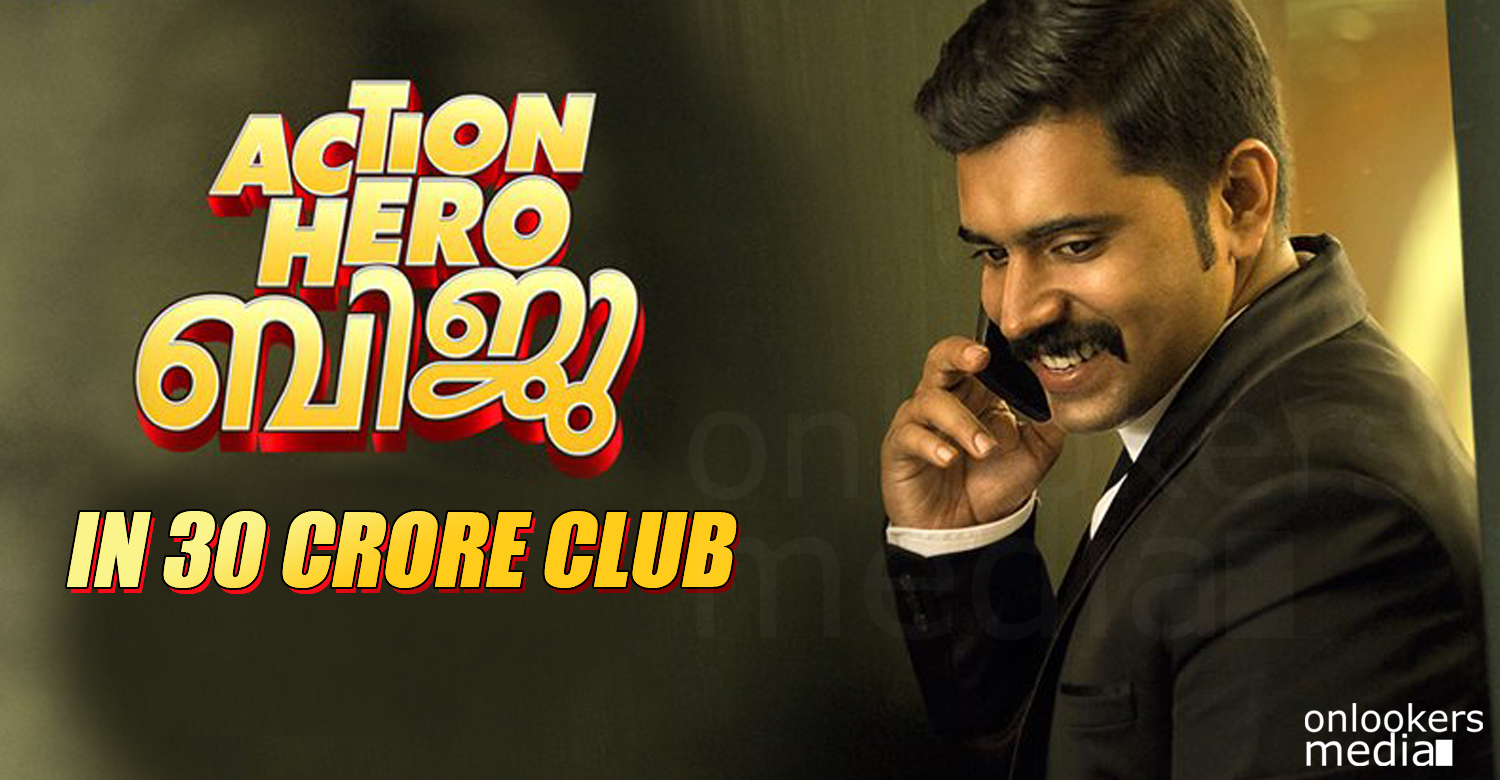 Again Nivin Pauly had delivered a blockbuster and it is the film Action Hero Biju which had become his yet another film which entered the 30 crore club of Mollywood. As per reports the film had raked in an amount near 30 crore from its worldwide run and now it is almost getting ready to finish its run all over.

Even though the film had started off with mixed reviews and loss of screens after first week, later people realized its merit and the film is back on track due to the effective promotion. As per reports, the Kerala gross of the film is around 15 crore rupees. From rest of India, it had made an amount around 3.5 crore. In UAE-GCC are, it had raked in an amount around 9 crore rupees as well. It had done good business at US and UK market too by raking in an amount close to 3 crore from there.

As of now, the total Worldwide gross of the film stands around 30 crore rupees. Now his summer release, Jacobinte Swargarajyam also getting great report and good collection at box office. The film had begun well and getting good reception from all over. Looks like Nivin Pauly is in a mood to continue his amazing run of success as a star in Mollywood.