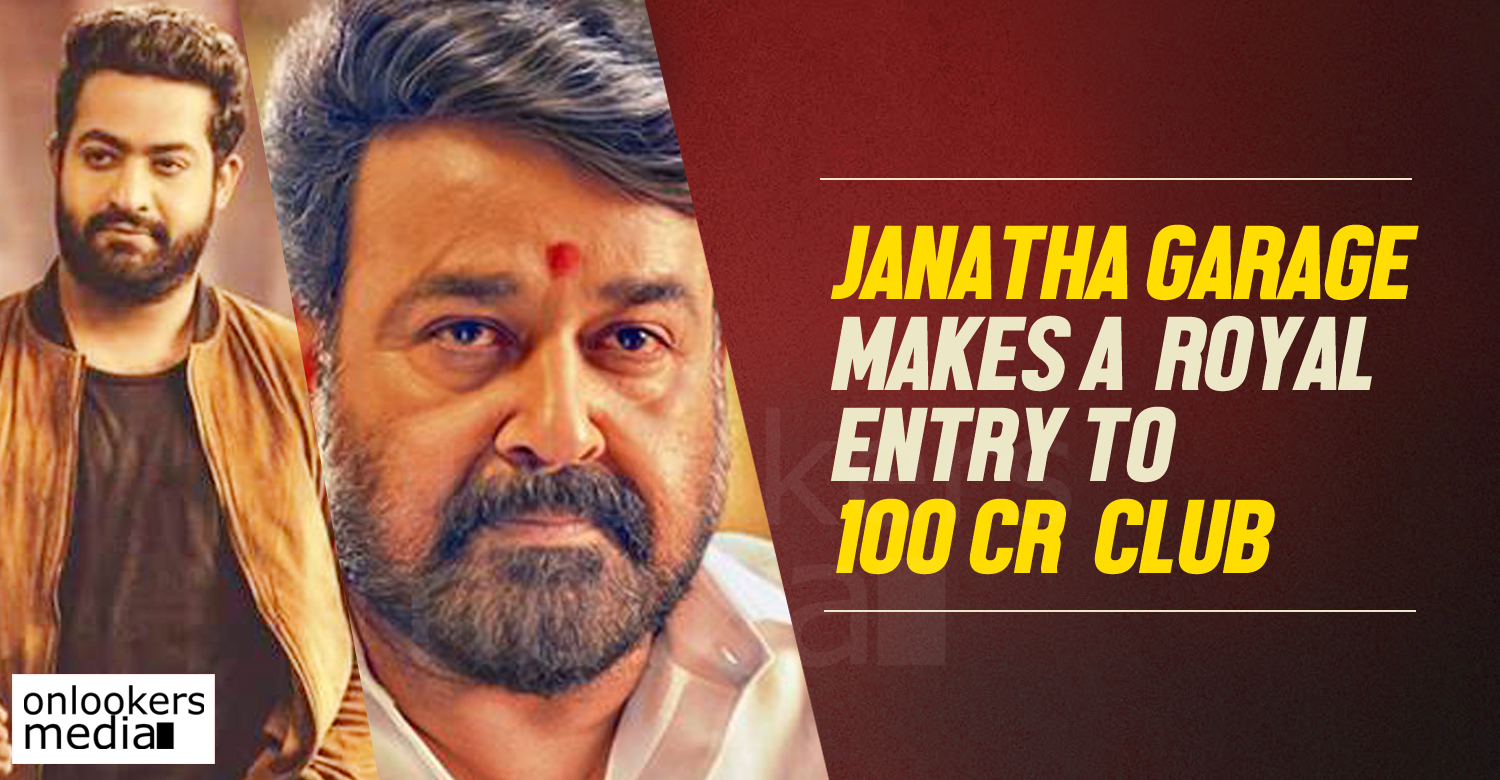 Mohanlal and Jr NTR together repaired the box office records in Tollywood and their film named Janatha Garage had made a royal entry to the 100 crore club like a boss. As per the reports coming in, the film had got more than 60 crore share from its worldwide run in just 5 days. The flick had already covered more than 85% of the investment by the global distributors in it. The film had done a pre-release business of 67 crores.

Now the global share of the film had touched 60 crores and the flick has been creating new box office records in Tollywood. As per the latest reports that is coming in, the 5 day worldwide gross of the movie is above 110 crore. From USA alone it had raked in an amount near 10 crore from 5 days and it is outstanding.

From Kerala, the flick had got 2.8 crore from 3 days and it was a record here as well for a dubbed movie. It is the first ever movie of both Mohanlal and Jr NTR which had crossed the 100 crore mark and both has equal role in achieving this magical feat. The stardom and performance of both these actors had helped the movie to get wide spread popularity and their names really made the people to flow in to the cinema halls.

To see both of them on screen together is the driving force behind it. Mohanlal has been getting stunning reception from Tollywood movie lovers and they are even getting ready to create fans associations for him.