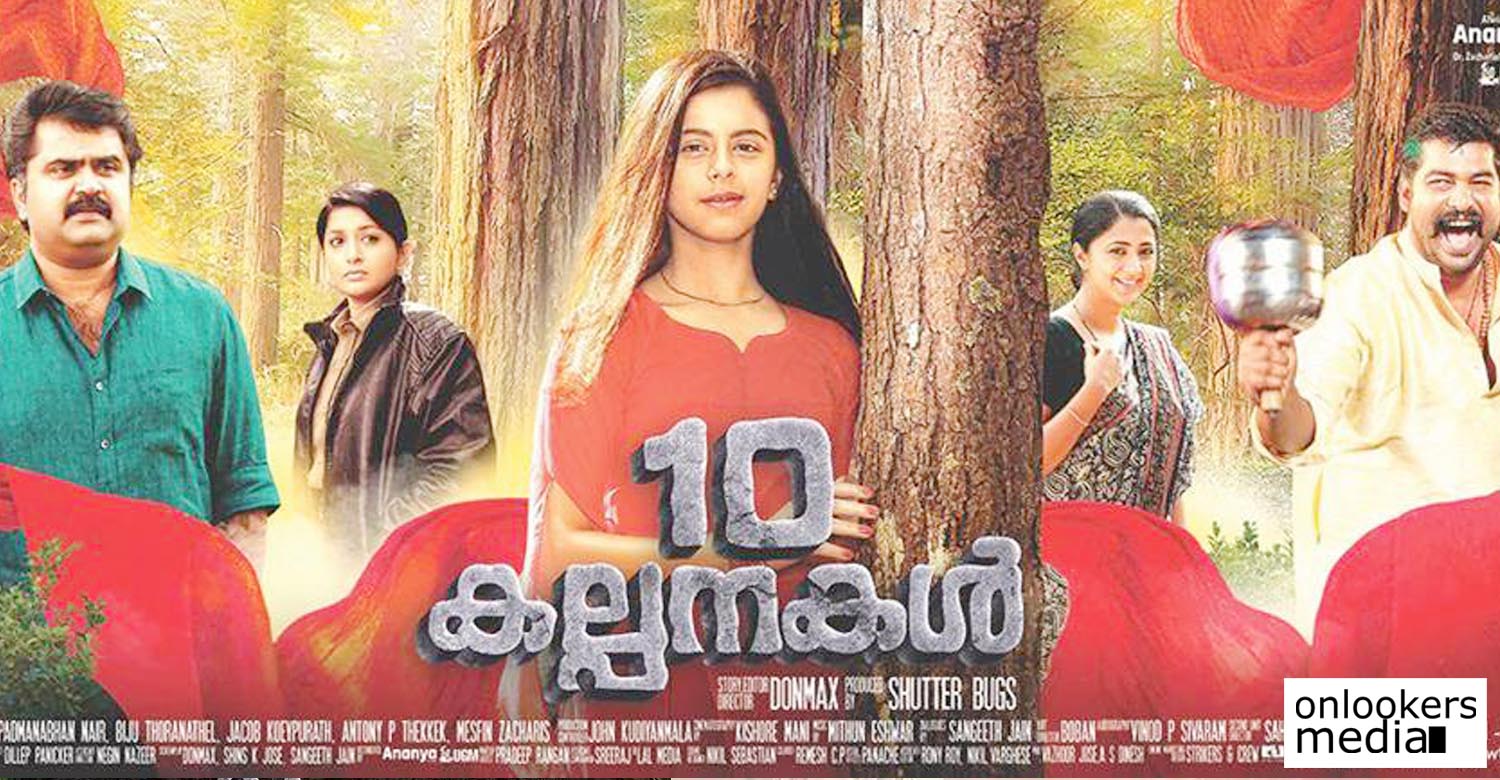 10 Kalpanakal directed by popular editor turned filmmaker Don Max was released on November 25th. The movie was received with lukewarm response from the audience.

The movie deals with the different stages of the life of a man who leads a happy life with his wife and children, but a murder of a girl that occurs in their neighbourhood changes his life.

A police officer coming back after years is entrusted with the investigation.

The movie is co-produced by Jiji Anchani, Manu Padmanabhan Nair, Jacob Koeypuram and Biju Thoranathel under the banner Shutterbugs Entertainments.