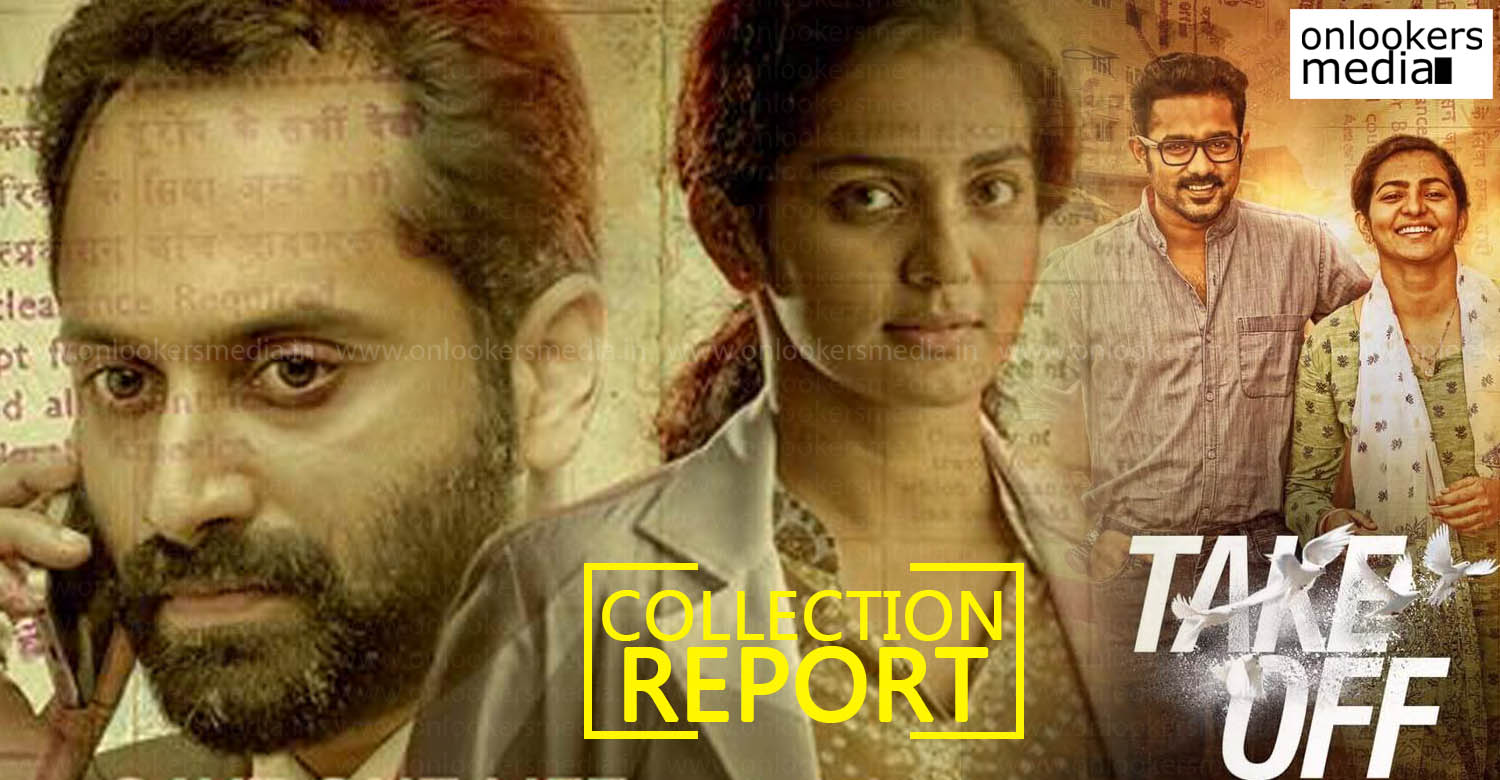 Renowned editor Mahesh Narayanan’s debut directorial Take Off had received good reviews and responses from various theaters released. The movie, penned by PV Shaji Kumar and Mahesh Narayanan, is based on the real incidents that had occured to a group of Malayali nurses in the Tikrit region of Iraq when they had been captured during the ISIS attacks in 2014.

Based on the trade source reports we get to know the movie has grossed Rs. 14.2 crores after it’s successful 28 days at box office. There were many star hyped movies that had kissed M-Town after the flick’s release, and this is the main reason for the declined collection report.

To be noted is the movie which was made on a risky 5 crores budget had got amazing review reports on it’s initial days. Many celebrities from all around the country had appreciated the flick. The movie had released with zero hype apart from a multi starrer cast list and had spent less for it’s publicity department, yet taking audience in hand with it’s brilliant making and storyline.

Take Off was made as a tribute to late filmmaker Rajesh Pillai. The movie was bankrolled by Anto Joseph and Shebin Becker in association with Rajesh Pillai Films. Parvathy had given her career best performance through this family drama. A special mention goes to the role Manoj Abraham played by Fahad Faasil, it was well accepted by audience. Kunchacko Boban, Asif Ali, Prem Prakash, Prakash Belawadi, Anjali Aneesh, Alencier Ley, etc. had portrayed vital characters.