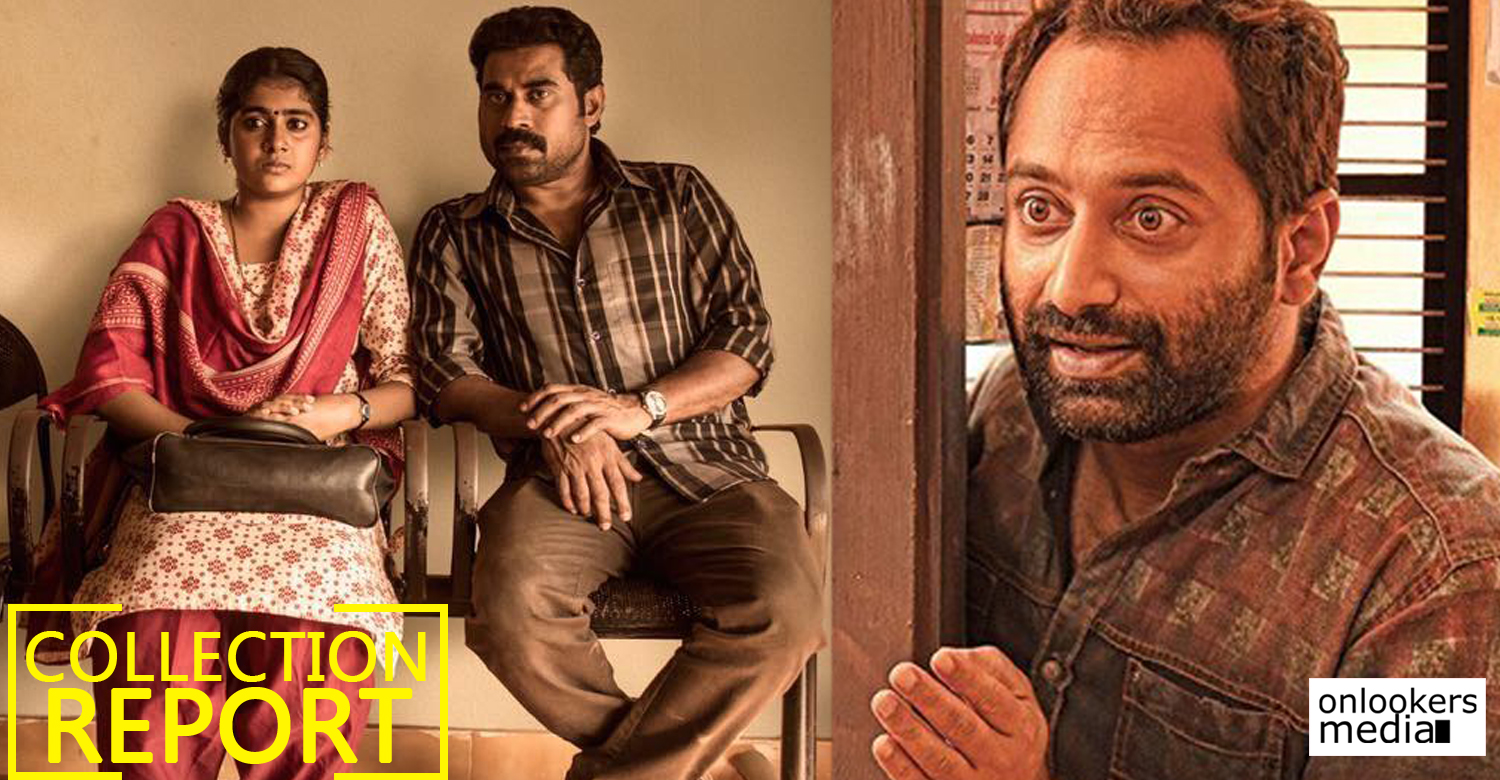 Thondimuthalum Driksakshiyum opened to unanimously positive reviews from the critics as well as the common audience. Now the movie has successfully crossed the 50 days theatrical run in Kerala. According to latest collection reports from our trade sources, Thondimuthalum Driksakshiyum has grossed 17.30 days from its 50 days theatrical run in Kerala alone. Worldwide, the movie has already crossed the Rs 20 crore mark.

Thondimuthalum Driksakshiyum stars Fahadh Faasil, Suraj Venjaramoodu, debutante Nimisha Sajayan, Alencier Ley Lopez and a host of real life policemen in major roles. The movie, written by Sajeev Pazhoor is centred around a newly married couple who encounter a thief during a bus journey. They are taken to a police station and rest of the events are set in the police station and it’s premises.

Critics and movie buffs across South India have lapped up the movie and showered appreciation on the whole team. The movie is written by Sajeev Pazhoor and dialogues are co-written by National award winner Syam Pushkaran.

Rajeev Ravi has cranked the camera, Kiran Das has edited the film and Bijibal has handled the music department. The movie is produced jointly by Sandeep Senan and Aneesh M Thomas under the banner of Urvashi Theatres.