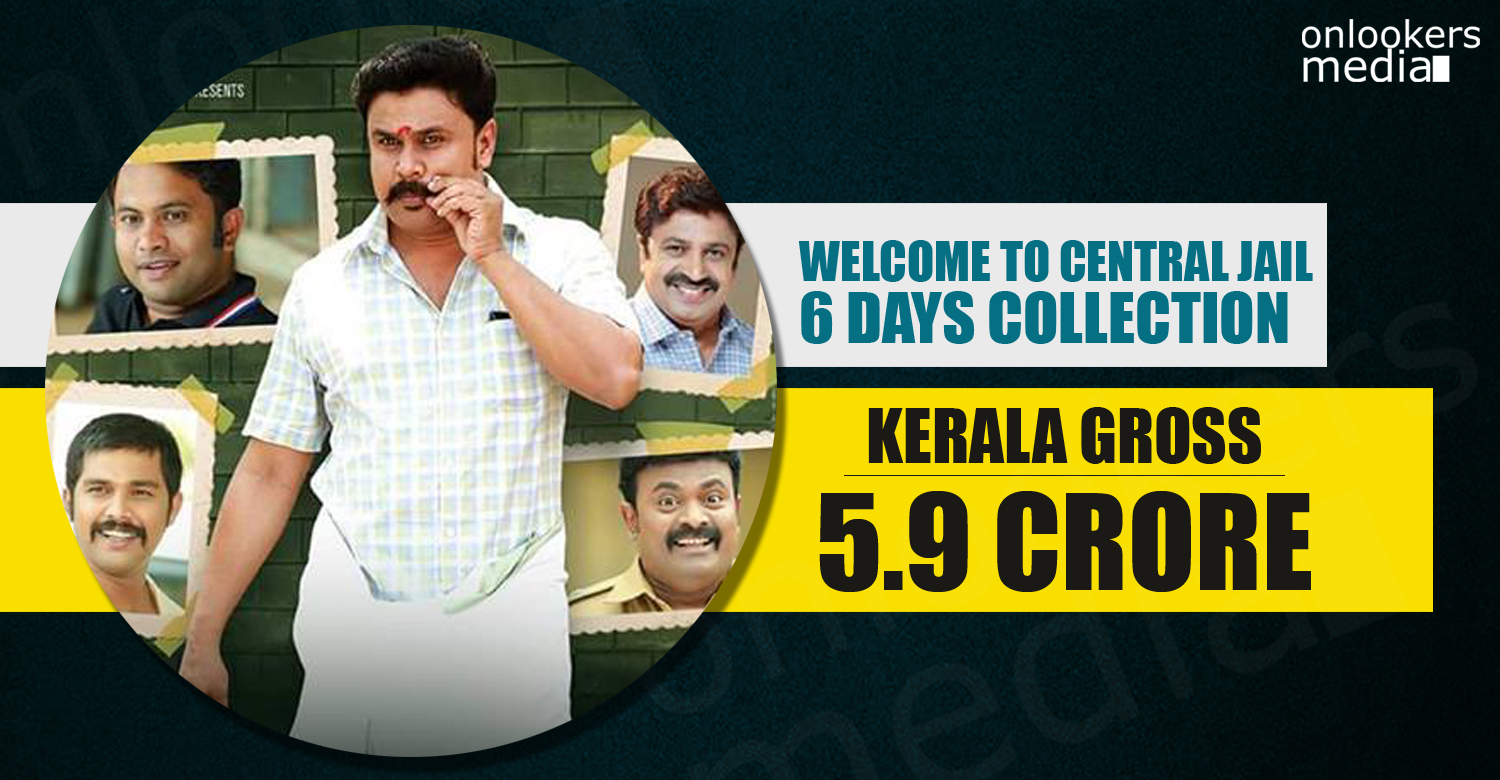 Welcome to Central is the latest release of Janapriya Nayakan Dileep which came on the 10th of September this year. The flick was directed by Sundar Das and it was a comeback of the veteran director after some years. Benny P Nayaramabalam scripted this movie and it told the story of a character named Unni Kuttan played by Dileep who is born in Central Jail.

The character forms an emotional attachments with Jail as his parents died there. So he comes to jail often by getting punishment for the crimes actually did by others. The flick had got mixed reviews from all over and it is a usual Dileep comedy entertainer.

But even after the mixed reviews, the flick is getting decent collection in box office. As per the latest reports, the flick had earned around 5.9 crore from its 6 days run here in Kerala. The Onam vacation contributed big to the good performance of the movie in box office.

The success of Oppam indirectly helped Welcome to Central jail as well. Because the overflow in the screens showing Oppam makes family audience to watch Welcome to Central Jail as their second choice as it is a comedy movie from Dileep. Vedhika played the female lead in it and the flick has many popular Mollywood actors in it.