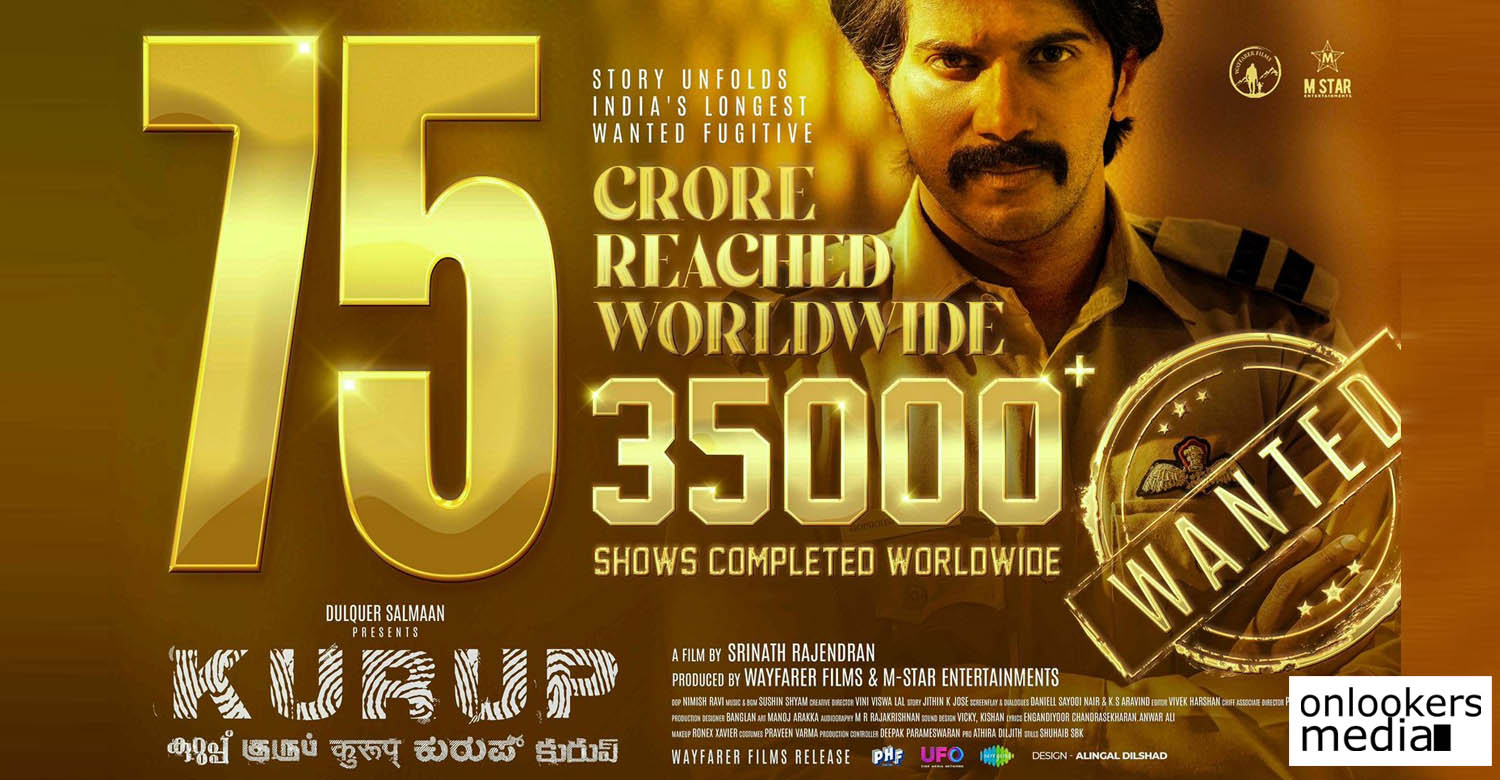 Dulquer Salmaan has almost single-handedly revived Malayalam cinema and theatre business in Kerala after the huge losses incurred due to the pandemic. His latest film ‘Kurup’ has crossed the 75 crore mark and is inching closer towards the elite 100 crore club. If it happens, it will be Dulquer’s first film to achieve this remarkable feat. ‘Pulimurugan’, ‘Lucifer’ and ‘Kayamkulam Kochunni’ are among the very few Malayalam films to have touched the three-figure mark.

Dulquer, who has also produced the film, has expressed his gratitude by tweeting,

75 Crores and counting. Only gratitude to all our viewers. We went in with prayers and you showered us with love.