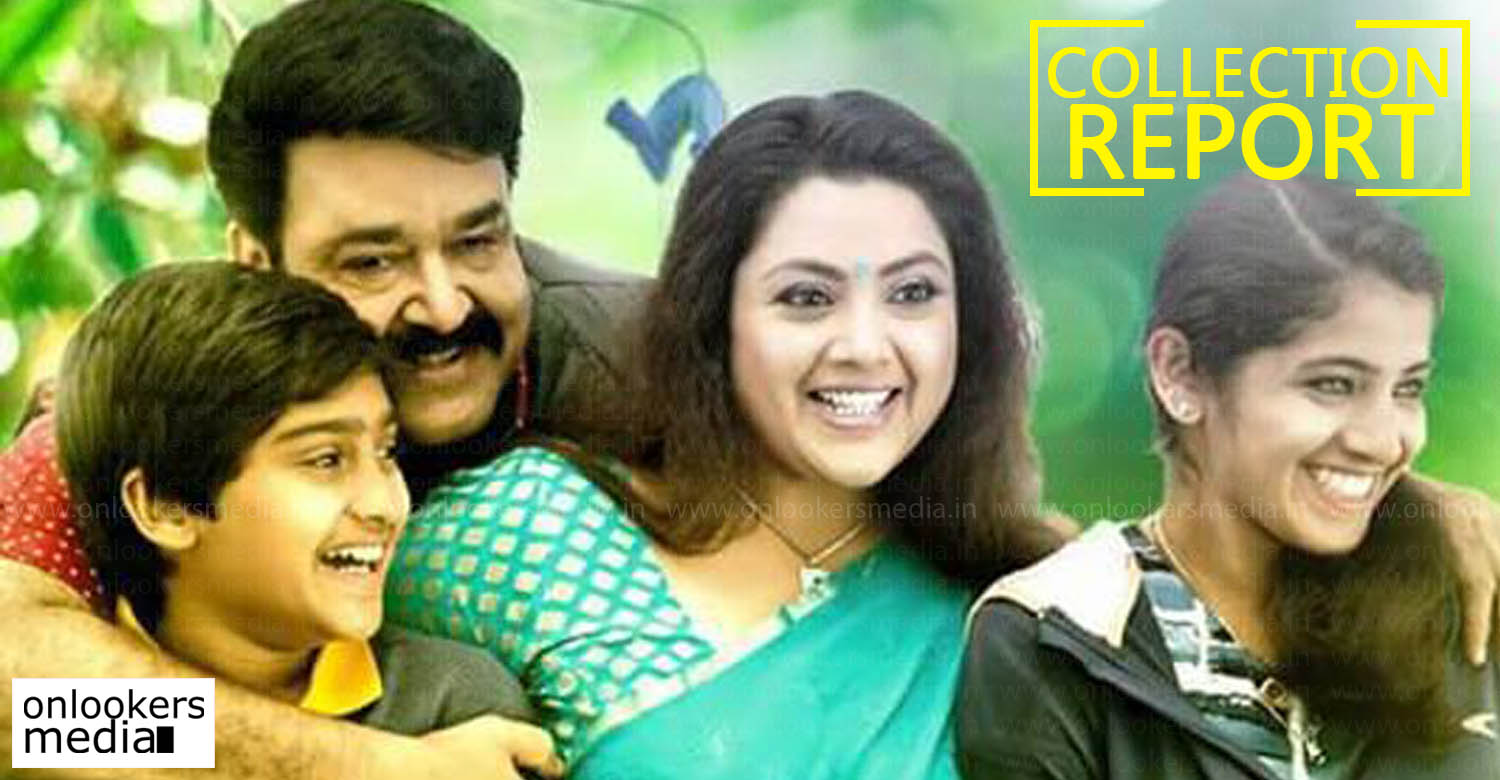 Mohanlal-Jibu Jacob team’s romantic family drama Munthirivallikal Thalirkkumbol had hit theaters the 20th of January 2017. The movie completes a glorious 3 months span in the box office tomorrow and is all set to leave theaters. Mohanlal – Meena reunion after Drishyam was the main highlight of the comedy flick.

The flick penned by M Sindhuraj based on VJ James’s short story Pranayopanishath was funded by Sophia Paul under the banner Weekend Blockbusters. The movie was grandly welcomed by audience as the actor had earlier produced blockbuster flicks like Pulimurugan and Oppam.