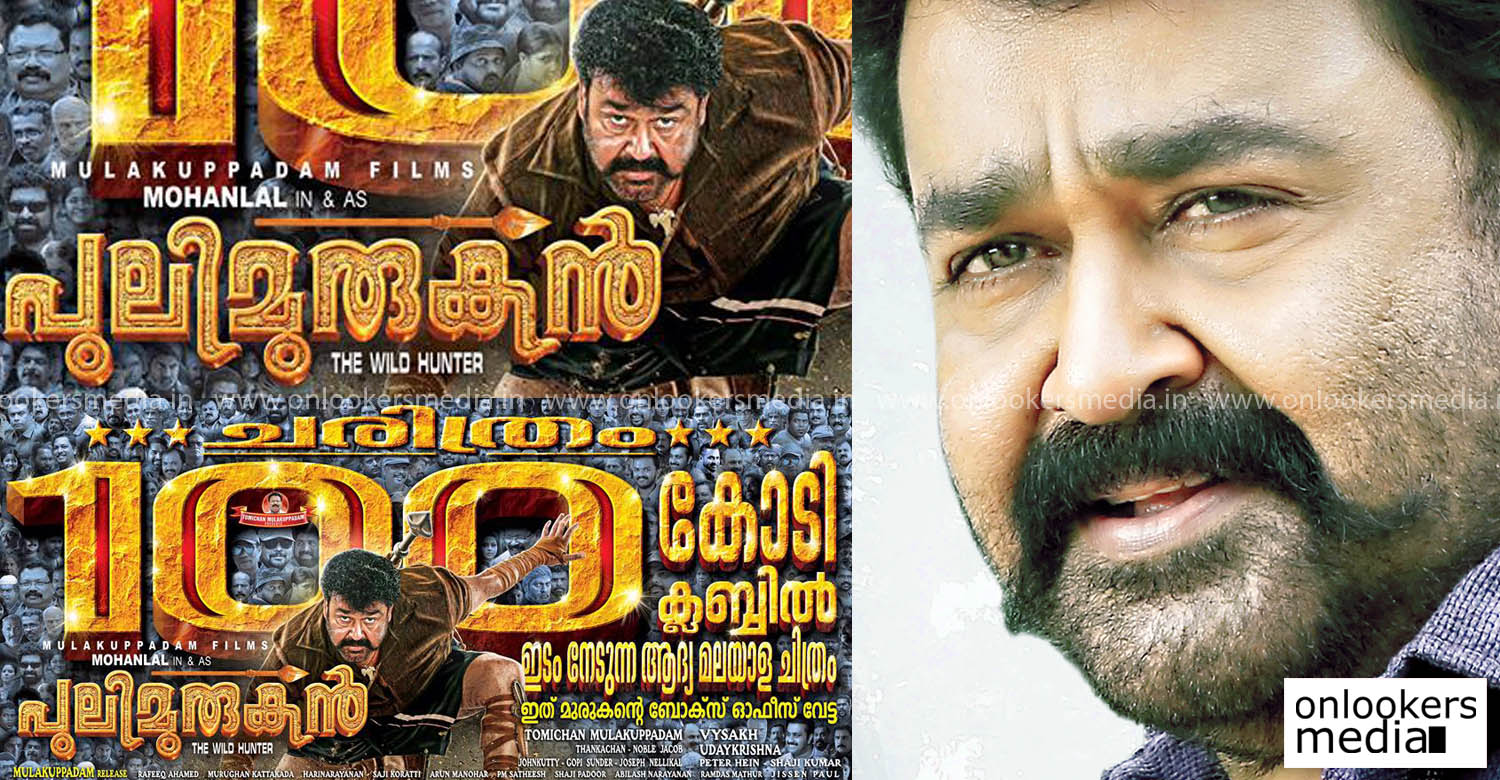 We had earlier reported about Pulimurugan becoming the first Malayalam movie to enter the 100 crore club in Mollywood. The movie achieved this remarkable feat within a month of its release.

Mohanlal now through his official Facebook page has announced this happy news “I am happy to share with you all, that Pulimurugan becomes the first Malayalam movie to enter 100 crore club. Thanks to Director Vysakh, Producer Tomichan Mulakupadam, Stunt Choreographer Peter Hein, Scriptwriter Udayakrishna and Cinematographer Shaji and the entire crew , for their seamless effort in making Pulimurugan, a big success. This is made possible by each and every one of the audience who watched this movie in the theatre, here i am extending my sincere thanks to them and above all to the Almighty for his blessings.”

Pulimurugan was released amidst sky-high expectations for the movie was one of the biggest projects ever made in Mollywood. Also names like Peter Hein and his involvement in the technical team increased the hype surrounding the movie.

Pulimurugan started of with breaking the opening day collection record, then it became the fastest to 10, 25 and 50 crores in Mollywood. Pulimurugan was also the first movie to collect 50 crores from Kerala box office alone.

Its been exactly one month since the movie released but still this action packed mass entertainer is still running with houseful shows. Some of the theatres even had extra shows during the weekend.

According to reports, Pulimurugan is doing exceptionally well in the overseas centres also. Collections from European countries have still not yet been officially announced.

Pulimurugan is expected to continue its amazing run for the coming weeks in all major centres, since there is no big release till the Christmas season.