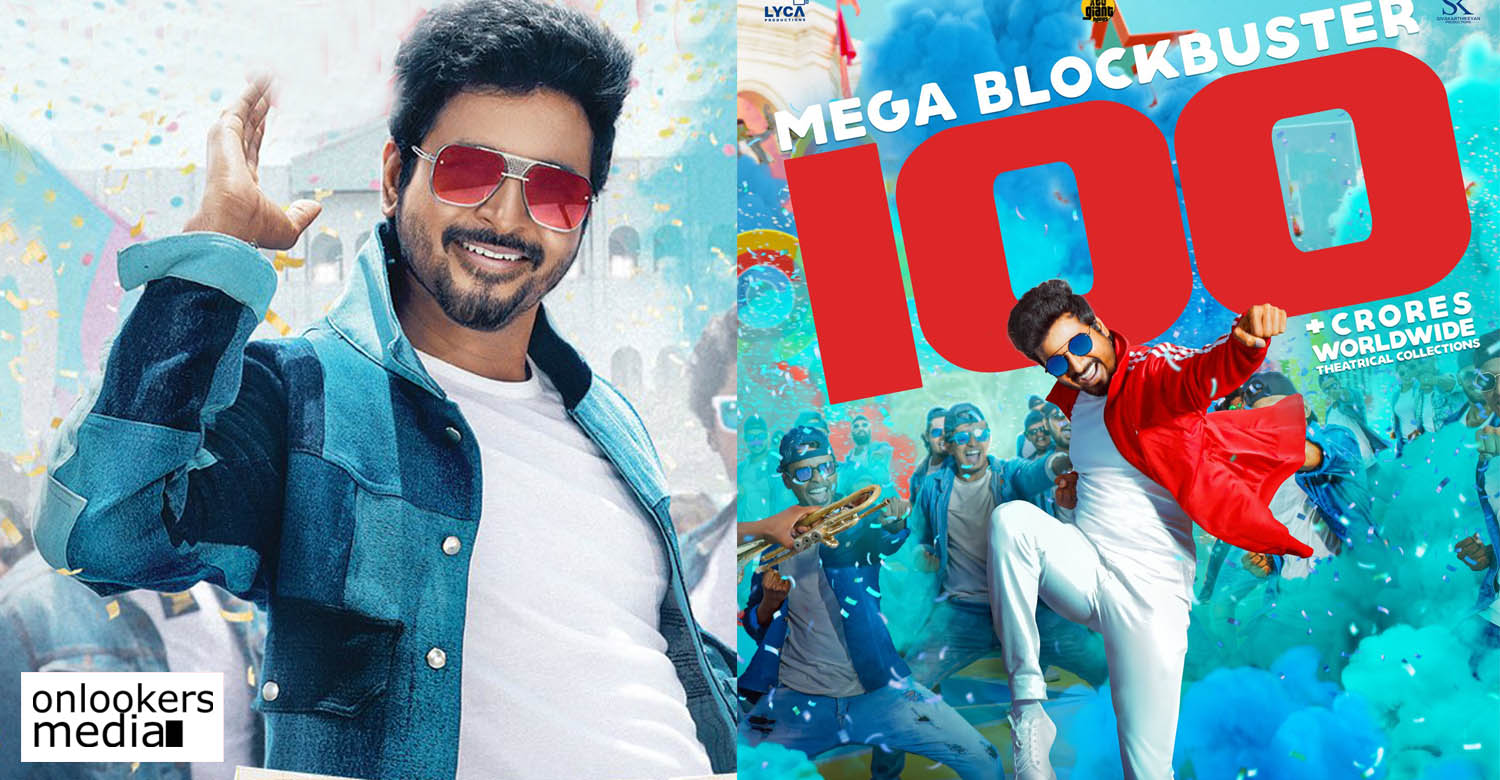 Sivakarthikeyan’s ‘Don’ has successfully zoomed past the 100 crore mark. It the actor’s second film on a trot after ‘Doctor’ to enter the elite 100 crore club. ‘Don’ got released in theatres on May 13 and opened to excellent response, particularly among the youth audience.

Directed by debutant Cibi Chakaravarthi, ‘Don’ is a fun entertainer set in the backdrop of a campus. Sivakarthikeyan plays a college student’s role for the first time in his career. His ‘Doctor’ co-star Priyanka Arul Mohan is the female lead.

Though it is a campus-based fun film for the most part of its runtime, its heart lies in the emotional core between a father and a son. Samuthirakani plays the role of Sivakarthikeyan’s father in the film. It is the final half hour, where things turns emotional, that has done wonders for the film.