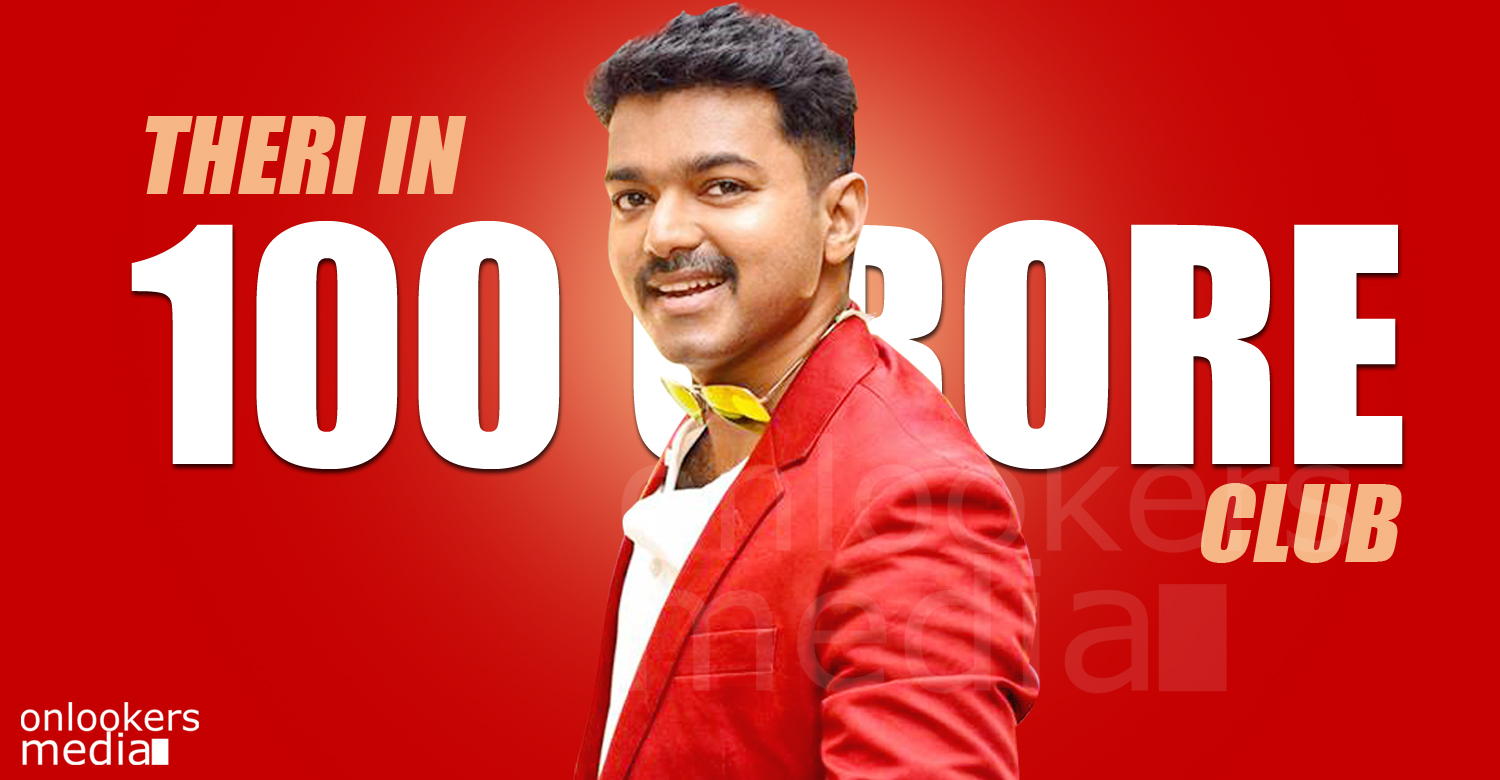 Ilaya Thalapathy Vijay had done it again and now it is for the 3rd time in his career that he is doing this. What we are saying about is the reaching of 100 crore club by his film Theri. The latest release of Vijay directed by Atlee had crossed the 100 crore mark and that too in just 7 days.

Earlier his films like Thuppakki by A R Murugados and Kaththi from the same director had achieved this feat. The film Theri had got positive response from all over and got the applause from the audience as a complete action packed family entertainer.

In its first day it got 28 crores from worldwide and after the first weekend the total worldwide collection stood at 85 crores. 50 crores were came from domestic box office, mainly from South India. The overseas business was fantastic as it had raked in more than 35 crores from outside India market, But after the weekend, when the working days started, the collection dropped but manages to maintain a decent collection. At last after 7 days, on April 20th, it had crossed 100 crore mark from worldwide total gross.

The flick had released in 31 countries and is getting great response from everywhere. USA, UK, Australia etc showing great response to the film and Vijay had made a fabulous comeback after the disastrous outing with Puli last year.