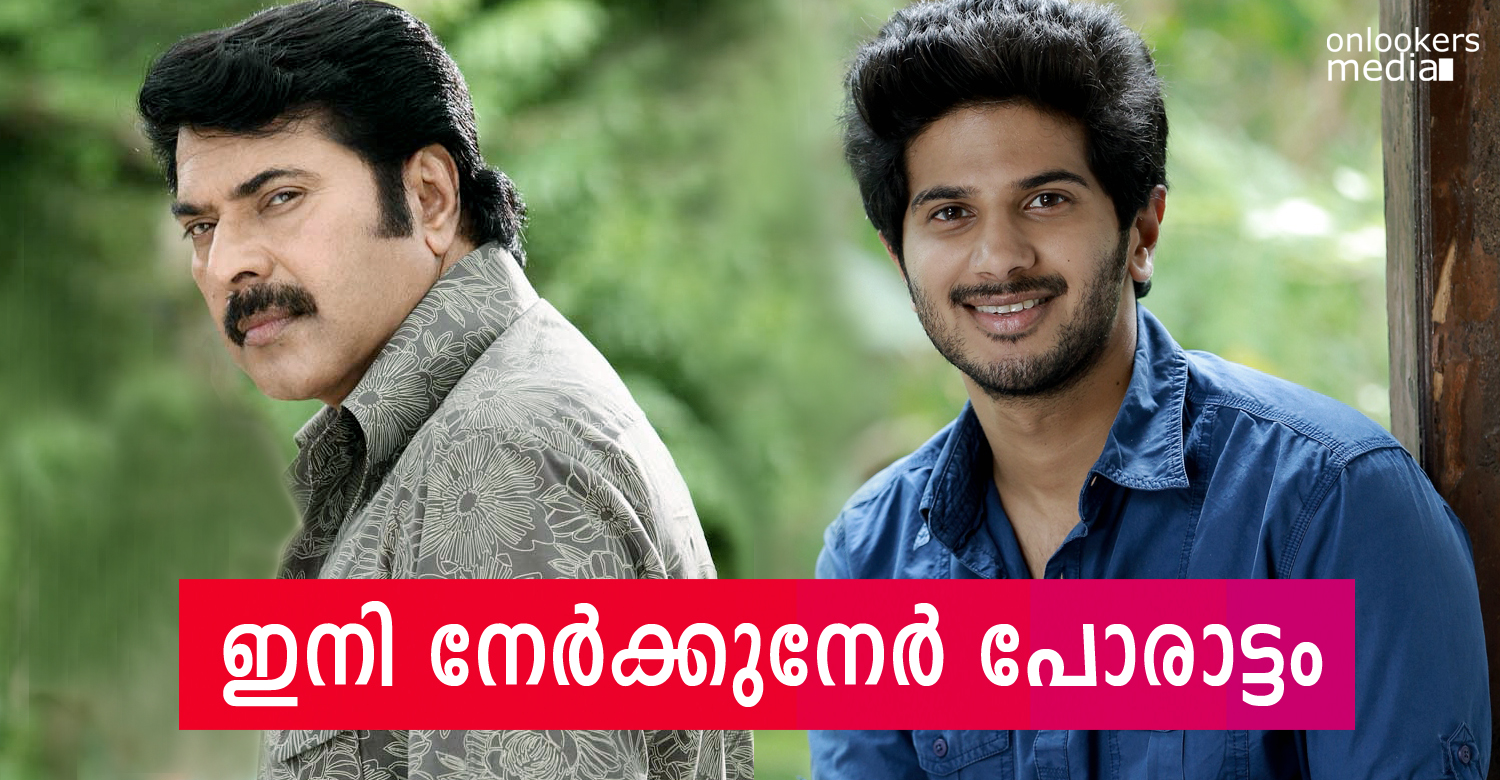 Mega star Mammootty is all set to have a box office war with his own son Dulquer Salmaan on this vishu season. The chances of a Mammootty- Dulquer box office war is very high as films of both father and son is getting ready to hit the screen on this season without much gap in the dates of release. The films that is going in the battle field is Mammootty’s ‘Bhaskar The rascal’ and Dulquer’s ‘Ok Kanmani’.

Mammootty’s vishu flick is directed by hit maker Siddique and Dulquer’s hope in this season is helmed by none other than Maniratnam, the maestro of Indian cinema. The shooting of Siddique- Mammootty team’s ‘Bhaskar the rascal’ is in its final stages and along with the shooting of the film its post-production works and dubbing also going on with the plan to release it in this vishu season itself. Even though it is not confirmed, the reports says that ‘Bhaskar the rascal’ will hit the screens all over on April 10th.

At same time Dulquer-Nithya Menon_Maniratnam team’s ‘OK kanmani’ is already finalized the date of its release as April 14th and the trailer of the film had already become viral in social Medias and Youtube. Nayanthara is playing the female lead opposite Mammootty in the Siddique film and Nithya menon is the female lead of Dulquer Salman in ‘OK Kanmani’.

Both films have generated great hype and hope among the film lovers and it will be highly interesting watch the outing of two master directors along with two actors who is father and son as well as representing two different eras in our Film Industry. Mammootty has acted in Maniratnam’s film many years back and it was ‘Thalapathy’ along with Rajinikanth.

That time it was a super hit film and people are eagerly waiting to if his son Dulquer can repeat the success which his father had gave through his only Maniratnam film. The stage is all set for the interesting battle of father and son at box office and let’s keep our fingers crossed for both of them as both are our own pride and we wishing success to both films.