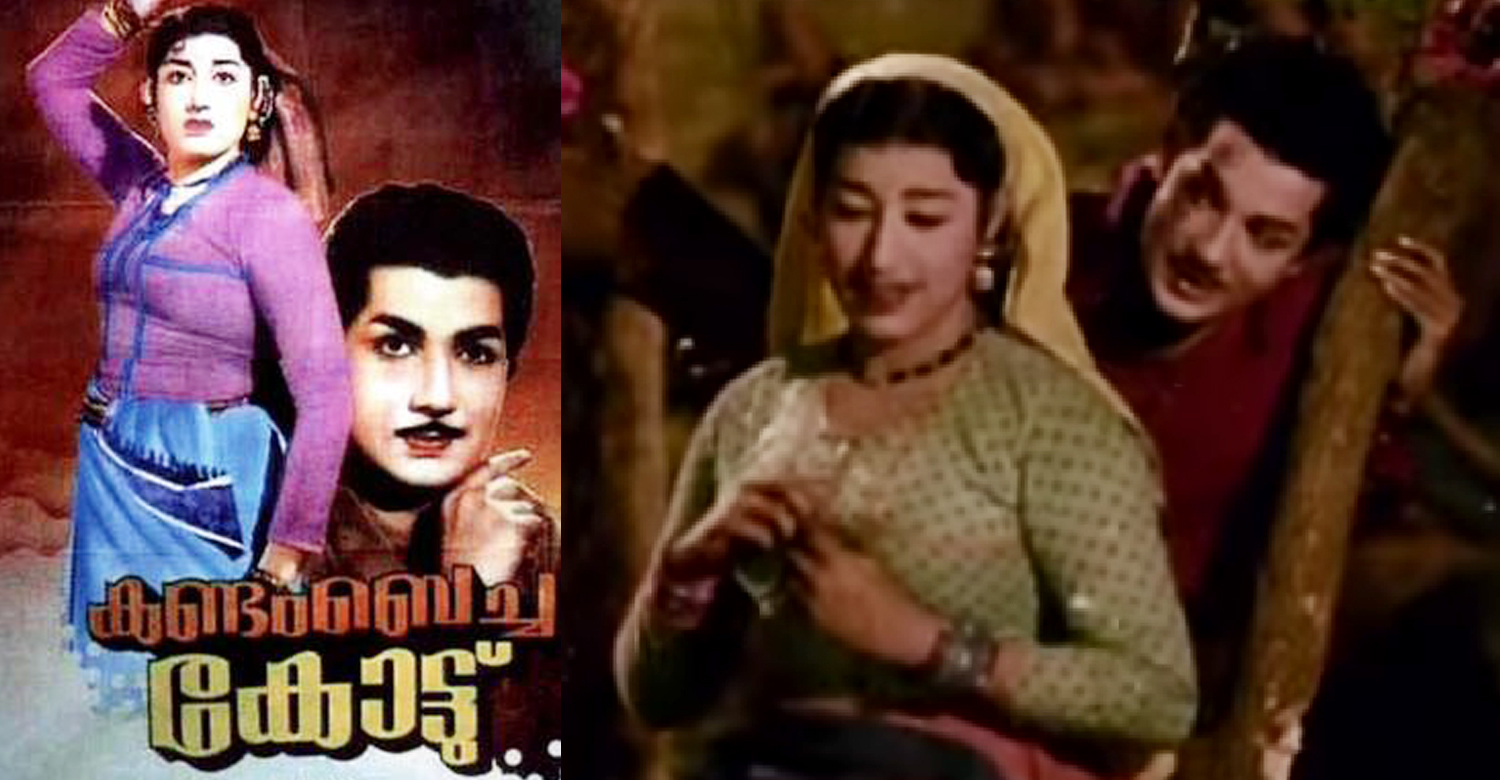 Kandam Becha Kottu is the first ever movie made in color film in Mollywood. This history making film was directed by T R Sundaram and produced by Modern theaters.People who wrote this milestone film is K T Muhammad and T Muhammad Yusuf. Thikkurishy Sukumarannair was the lead male actor and Aranmula Ponnama was the lead female actor in this film. Department of music in the film is handled by music maestro Baburaj and the film released on August 24, 1961.

The film is based on a popular novel and it had been also staged as a play with the same title. The film was a great box office success that time and it had received the certificate of merit at the national film awards in India. One of the interesting aspects of the film is that it used the ‘Kozhikkodan slang’ of Kerala in its dialogues. Popular lyricist P.Bhaskaran had written the lyrics for the songs composed by Baburaj.

The plot of the film revolves around a cobbler named Muhammad Kakka played by T S Muthiah and he saves each penny in the pocket of his old coat and he saves it to realize his dream of going to mecca one day.Fate did not allowed him to fulfill that dream of his as he had to sacrifice his dream and give all that money to Kunju Beebi who is in love with Ummer who was the only son of Alikkoya Haji. Kunju Beebi had no money to give to Alikkoya Haji as dowry.

Even though the money Muhammad Kakka saved in the pocket of his old coat is for realizing his own dream, he sacrificed all of it for the well- being of his fellow people which glorifies him at the end of the film.

Chemmeen, an all-time classic in Indian cinema
My Dear Kuttichathan, a new dimension to Mollywood
To Top