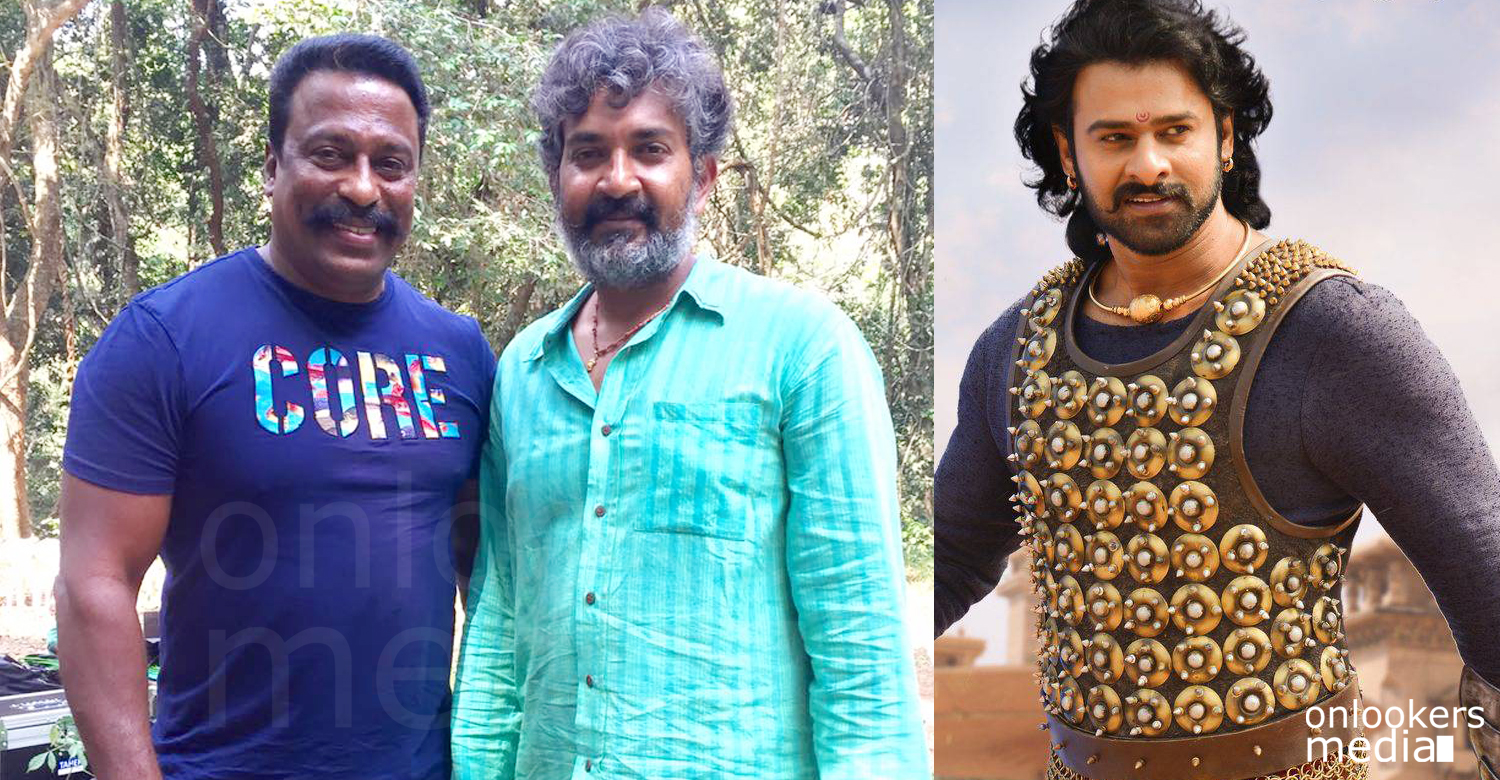 Everybody is waiting for Bahubali 2 right from the day they watched the first part of the film and the golden question is Why Kattappa killed Bahubali.? To give the answer to all of you the team behind the film had begun the shoot of its second part and it will come to the screens at the end of this year. The shooting of the film is now going on at Kannur district in Kerala, The god’s own country. The filming is taking place at the forests of Kannur. Bahubali first part also shot its major parts in Kerala and that was at Athirappilly waterfalls in Thissur District. But apart from this news, another report is coming that Mollywood actor Abu Salim is acting in the second part of Bahubali.

Also Read : Mammootty and Prithviraj to fight it out with Karnan at box office !

It is not a confirmed report and as of now it is a rumor. It all started when Abu Salim had posted a photo in which he is posing with SS Rajamouli at Kannur. Now, the news doing its round in social Media that Abu Salim is a part of the cast of the film. Abu Salim with his great physique has all the chance to get an opportunity to play a character in Bahubali 2 as it needs several actors with great physique to do different characters in the film.

Abu Salim is going through a good time of his career as he looks and the some of the characters he had done getting great attention. His Character from Renjith directorial Mohanlal starrer Loham and Nadirsha directorial multistar film Amar Akbar Anthony was well received and appreciated. His look in Loham which reminded WWE super star Rock also went viral in social media at that time. In Amar Akbar Anthony, he had done a comedy role and that too went well with the audience.

Let’s hope that this news about his participation in Bahubali 2 comes true and it will become one more reason for Malayalees to wait for Bahubali 2 apart from the reason they have to wait for it.

After Siddique, Joshiey also avoided Fahad Fazil from his film ?
Vijay and Vikram to share screen space in next Shankar film ?
To Top