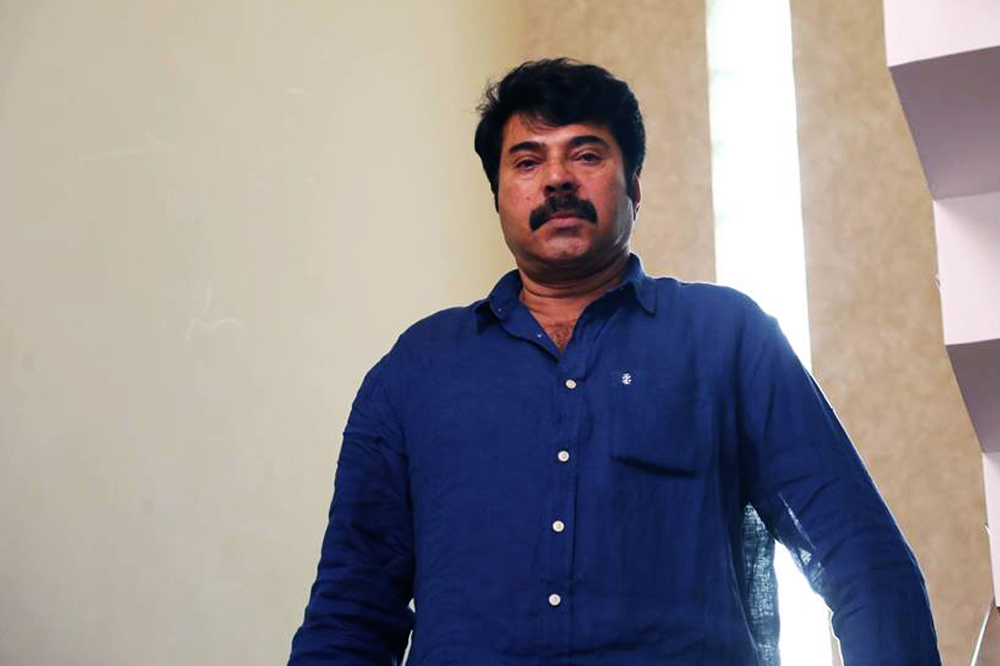 A new issue popped up against Mega star Mammootty in last week as his fans in Qatar posted a letter ,protesting against the Megastar’s behavior and arrogance and they also deleted their fans page as a part of their protest. As per reports and news spreading in social medias what happened at Qatar is that Mammootty had arrived in quatar to take part in a star night including Mohanlal, Jayaram and Dileep. At the same time the release of his new flick ‘Varsham’ also took place in Doha. Fans got the information about their arrival and they came there in numbers as they wanted to see their star. They also know that there was a celebration at the theater where ‘Varsham’  is releasing.

So they came there with a cake weighing 10 kg in which the image of the Mega star had been made and they are informed that Mammootty will be there for the premiere show of varsham. They thought they could see the film’s premiere with their own star and later can cut the cake with him as a part of the varsham success celebration. But what happened there was just the opposite of what they thought. The mega star did not came for the premier. But they were not concerned much about it as the star had been earlier agreed to attend the cake cutting and the celebration.

They waited for the star there for hours and the news is that when they approached him after waiting many hours with the cake, he payed no attention to them or there words. He did not even talk to them and just went out infront of them without even looking at the fans who had been waiting with the cake for their favourite star. As per reports.when a sponser try to help them by saying their condition to mammootty, he ridiculed them saying that “they can eat the cake themselves as they can buy it of their own”. . Any way they deleted the Qatar fans association facebook page and posted a letter before deleting it saying about all the incidents in detail. They said that they will never again work for and support Mammootty.

We still don’t know about the geneunity of the news. Some people says the news is an attempt to insult mammootty and some other says Mammootty has this arrogance issue and the people who protested against the star’s behavior is the people very close to him and known for a long time. Any way the news is spreading in Social network and we hope its not true.

Mollywood has begun the game of Crores
Priyadarshan- Lissy divorce on the way to an 80 crore settelement ?
To Top