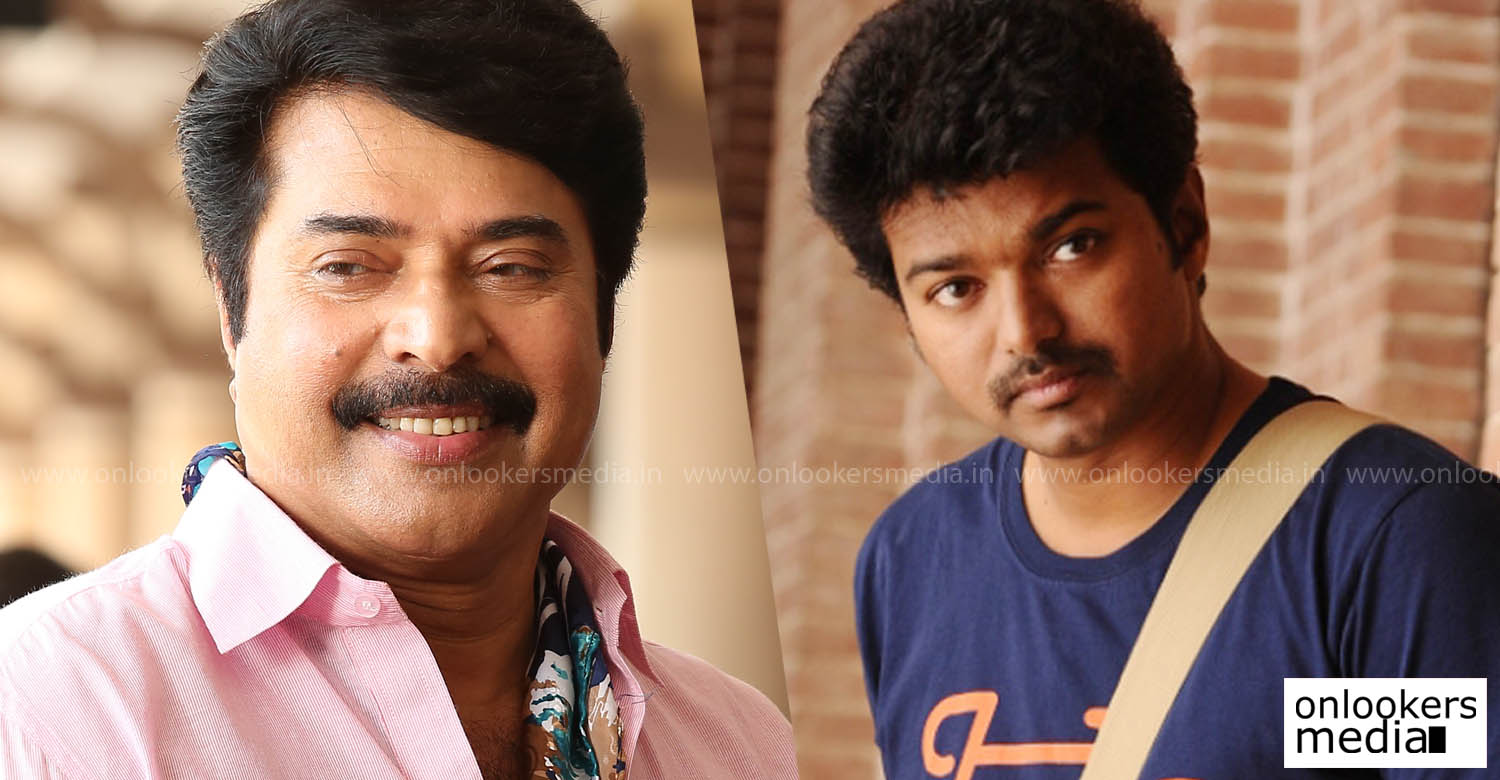 Mammootty to share screen space with Vijay in next Atlee movie ?

There has been reports earlier that Mollywood Megastar Mammootty may share screen space with Ilaya Thalapathy Vijay in his 60th movie named Bhairava directed by Bharathan, which is in the final stages on its shoot now.

Mammootty said to have opted out from the movie because of his tight schedule here in Mollywood. He was approached to play the villain character in it, says reports.

Now, a report is coming in that Mammootty may play a role in Vijay’s upcoming film with Atlee. It is tentatively titled as Vijay 61 and unconfirmed reports says that Mammootty may share screen space with Vijay in this movie, by playing an important role.

Thenandel Films said to be producing this movie and reports says that it will have two heroines in it in the form of Kajal Agarwal and Nayanthara.

In 2014, Vijay had shared screen space with Mollywood Super Star Mohanlal in a movie named Jilla, and it had become a super success at box office. It was directed by Nesan.

Atlee-Vijay team is joining for the second time after the blockbuster success of Theri, which released this year. Vijay 61 will begin shooting after the release of Bhairava in 2017 January.

Some reports says that Bahubali writer Vijayendra Prasad is writing the screenplay of the Atlee-Vijay movie.

Mammootty is now finishing up his works in the Malayalam movie The Great Father and then he will have movies from Renjith, Shyam Dhar etc as well.