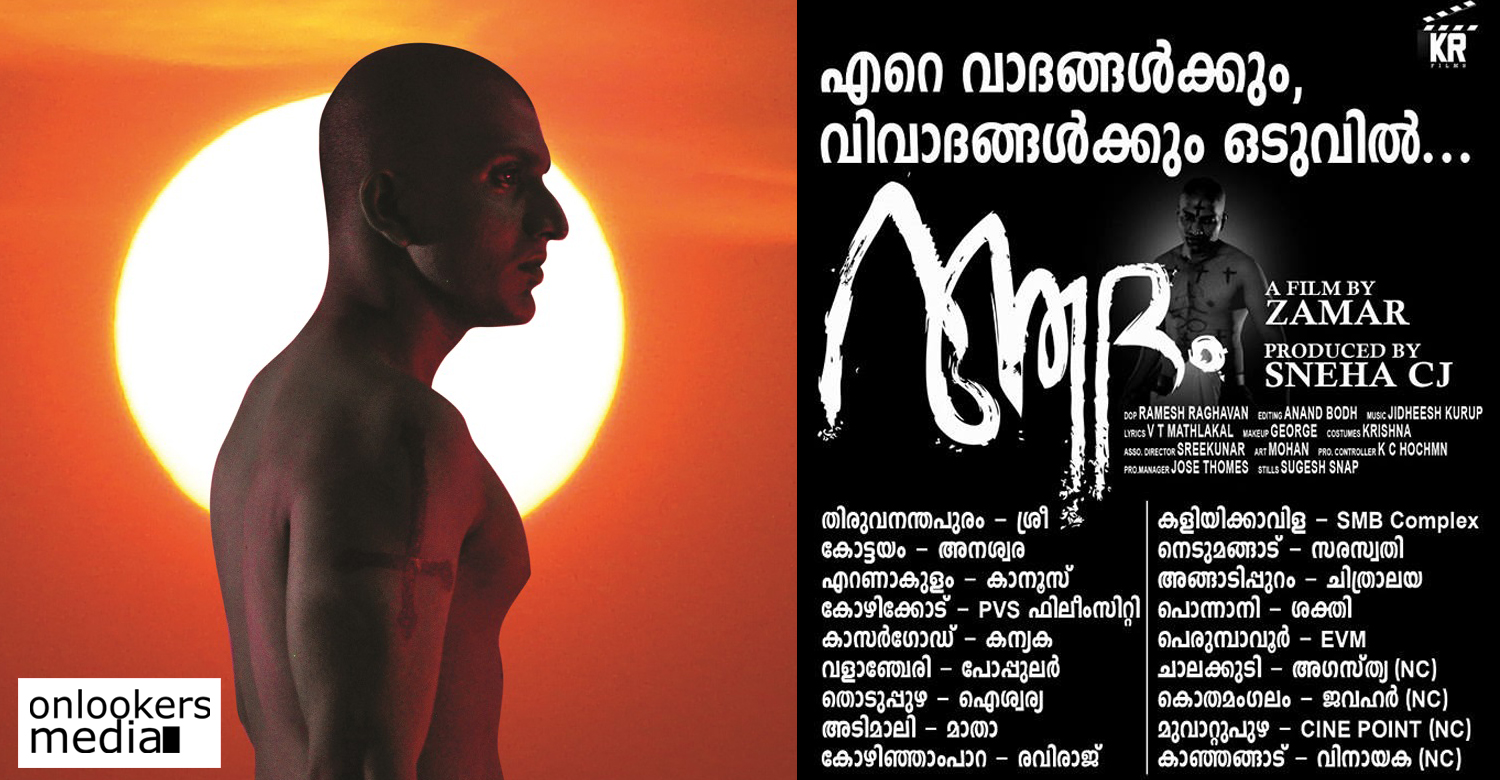 Controversial movie Adam after all the roadblocks has finally released. The movie has released in around 18 theatres in Kerala. Adam is a movie based on the concept of Antichrist. The movie was earlier in the news for allegedly hurting the religious sentiments of Christian community.

There is an ongoing case in the court filed by Vargheese accusing the makers of the movie for spreading negative message and hatred about the Christian community.

Adam is the first movie in Mollywood wholely based on the concept of Anti Christ. Earlier movies like Jayaraj’s Rain Rain Come Again had some characters who are following the Anti Christ beliefs. Adam’s cast and crew are majorly newcomers and director Zamar feels that some people purposefully trying to tarnish the image of the movie for their publicity.

Adam also made the headlines after the censor board’s strict recommendations to cut about 36 scenes from the movie. The movie was finally given an A certificate because the officials felt that the movie will have negative impact on the audience.

Director Zamar has accused the censor board officials for their hypocrisy and their indifferent attitude towards newcomers. Adam now has the dubious distinction of having the most cuts for a Malayalam Cinema.

Now that the movie has released after all the fuss and issues, lets wait and watch for the audience response. Because ultimately it is the cine goers who have a final word on a movie’s verdict.