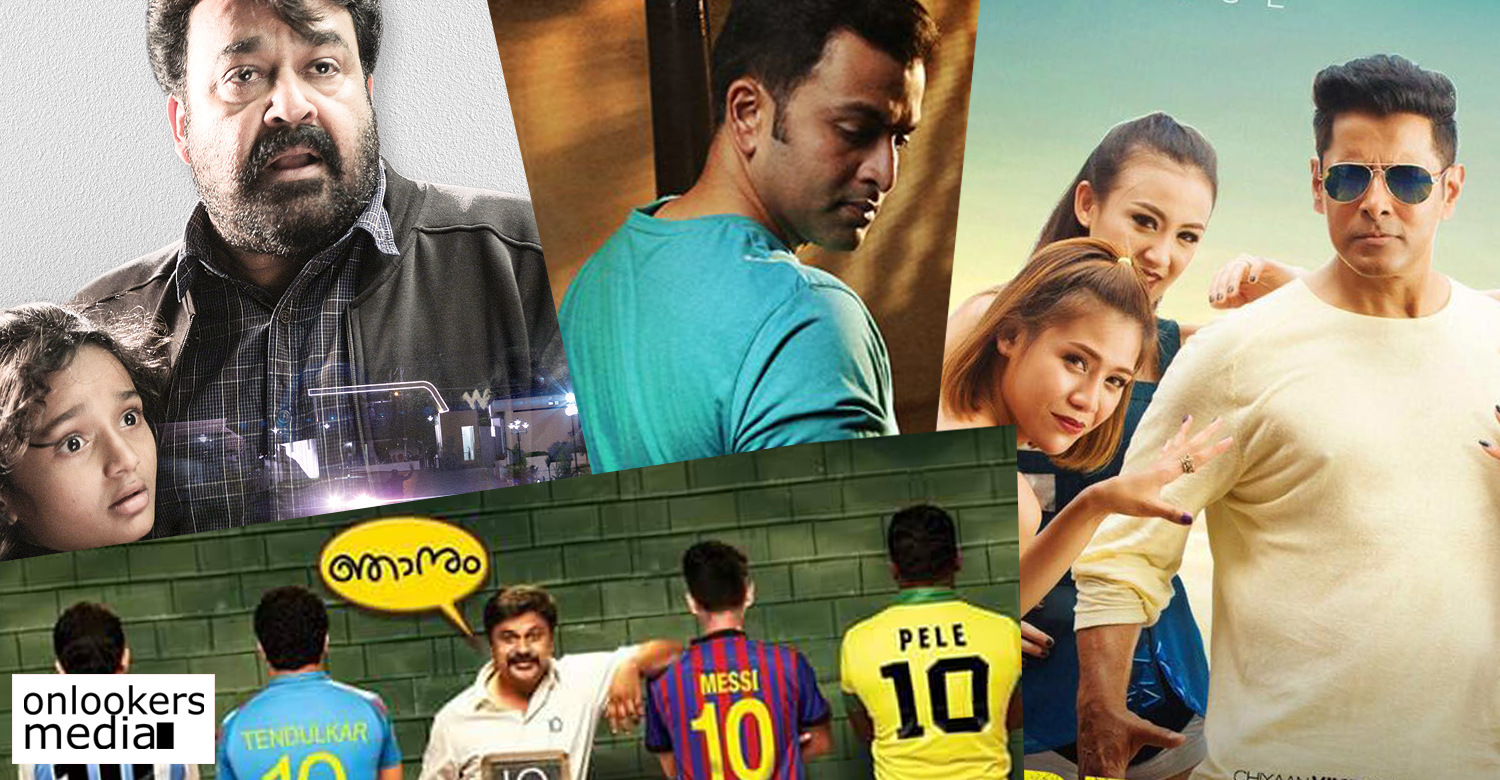 The Onam will be very big for Mollywood this year as 7 much awaited movies will battle it out in Box office here this time. Films from Super Star Mohanlal, Young Super Star Prithviraj, Popular actor Dileep, Chiyaan Vikram, Vineeth Sreenivasan, Kunchacko Boban etc will be there in the Onam season. The expectations are huge on each film and it will be damn sure that a feast of great movies is waiting for Malayali audience.

This is the most awaited movie among the Onam releases. Mollywood Super Star Mohanlal is playing the lead in it and the film has been scripted and directed by master director Priyadarshan. The songs in this movie has already become super success all over and the trailer of film also crossed 1 Million views. It will be a crime thriller and Mohanlal playing a blind man in this flick. It will hit the screens on September 8. Aashirvad Cinemas had bankrolled this project.

This is coming from the team of Jeethu Joseph and Prithviraj after the success of Memories. This is a revenge drama and Prithviraj is playing a character named Surya. The film will hit the screens on the 8th of September. Divya Pillai is playing the female lead in this movie.

Janapriya Nayakan Dileep is playing the lead in this film directed by Sundar Das. Vedhika is playing the female lead in it and Benny P Nayarambalam had written the screenplay of this movie. The film will hit the screens on September 10 as per reports and it has been produced by Vysakh Rajan.

This will be the film from Jude Antony Joseph after the success of Om Shanti Oshana. The flick has been scripted by him as well. Vineeth Sreenivasan, Maheshinte Prathikaram fame Aparna Blamurali, Lena, Rajiv Pillai etc played the lead in it.

This movie coming from Kaashh fame Sajith Jaganadhan and the lead characters are played by Dhyan Sreenivasan and Aju Varghese. Prayaga Martin and Jewel Mary also playing important characters in this movie which is set in the 1980’s as per reports.

This film will mark the relaunch of the popular Udaya Banner. Kunchacko Boban had produced and played the lead in this movie scripted and directed by Sidharth Siva. It may hit the screens on the 9th of September. Anusree played the female lead in this movie and child artist Rudraksh, son of popular actor Sudheesh, also playing an important role in it.