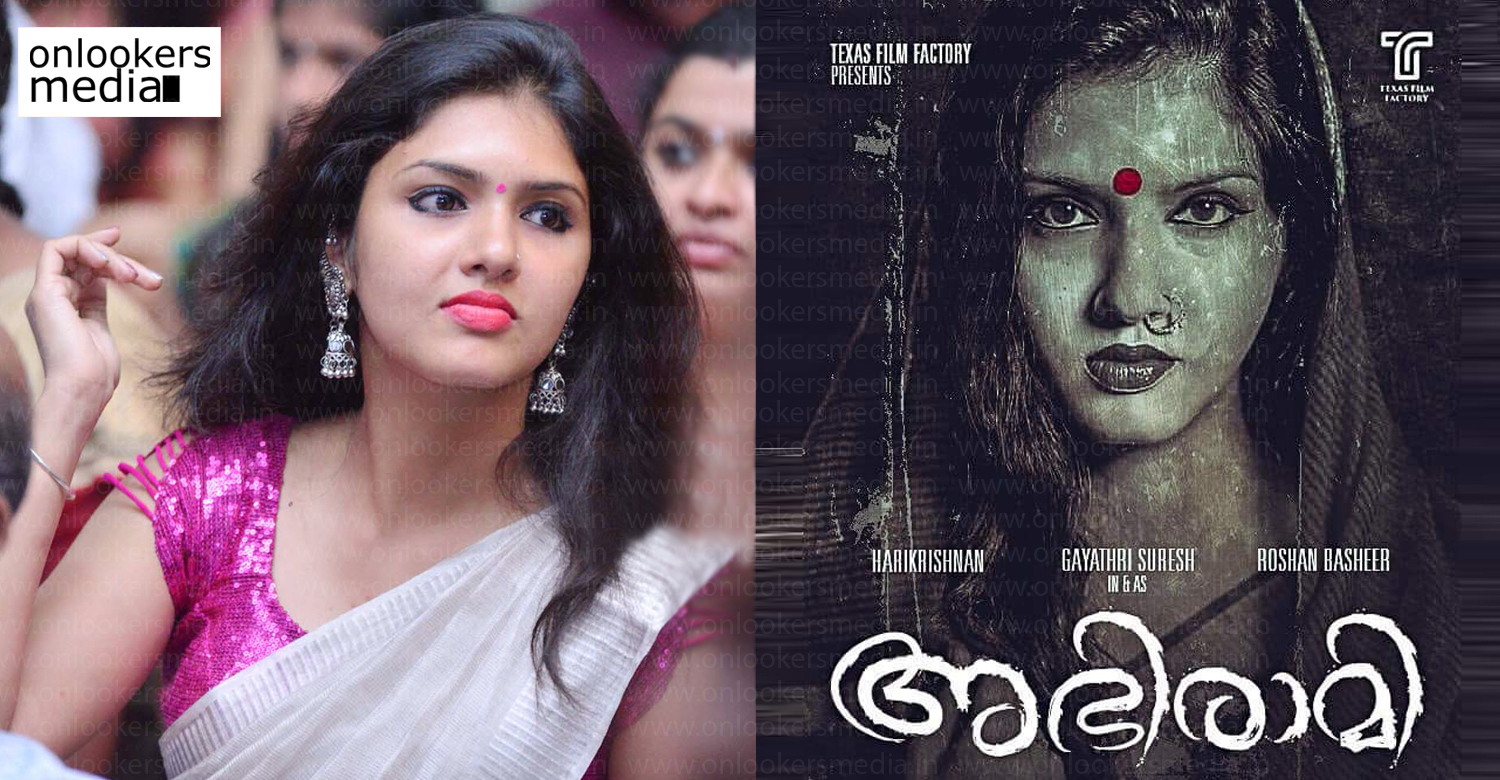 Gayathri Suresh, noted for her roles in ‘Jamna Pyari’ and ‘Oru Mexican Aparatha’, will be next seen in the titular role in ‘Abhirami’, helmed by debutant Mushthaque Rahman Kariyaden. The film’s first look poster featuring an intense looking Gayathri got released online last day. From the title and poster, it is presumed to be a female oriented film. The makers have not yet revealed details regarding the film’s genre. ‘Abhirami’ also stars ‘Drishyam’ fame Roshan Basheer and Harikrishnan in major roles. The latter delivered an impressive performance earlier this year in ‘Anjaam Pathiraa’. The film is being produced by Amjith SK under the banner of Texas Film Factory.

‘Abhirami’ is scripted by Vaheed Saman. Shihab Ongallur will be handling the camera and editing will be done by Naveen P Vijayan. Sibu Sukumaran is in charge of the music department. Shoot for the film is scheduled to begin today (November 20).

Sudha Kongara reveals why Dulquer Salmaan is her favorite Malayalam actor!
New narrative style with Suriya’s mesmerising performance; Ace cinematographer PC Sreeram about his next with Gautham Menon
To Top