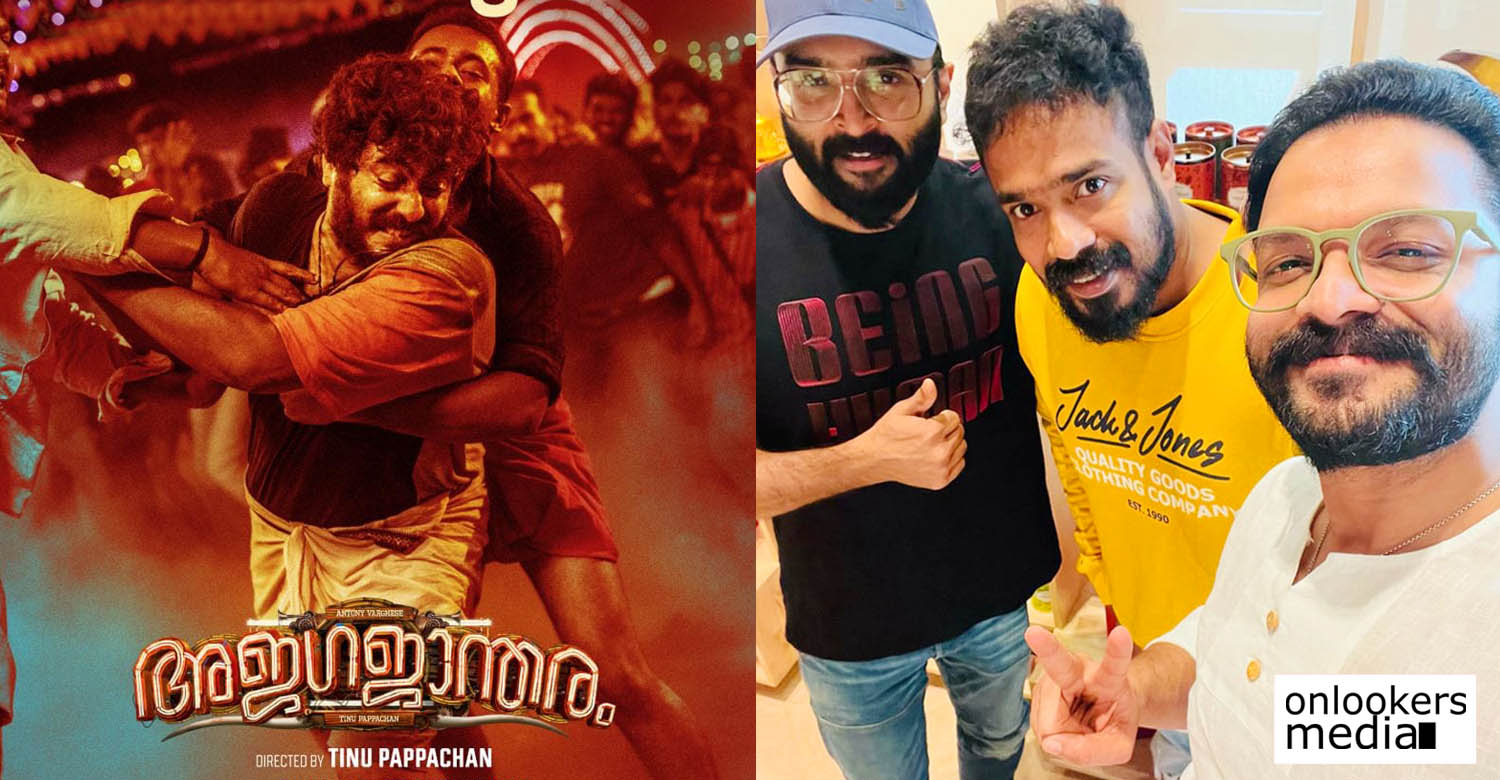 After Ajagajantharam, Tinu Pappachan to team up with Jayasurya next

Tinu Pappachan, who is basking in the success of his recent release ‘Ajagajantharam’, will next direct Jayasurya. Arun Narayan will be producing the film. Last day, Jayasurya took to his social media handle to share a photo taken with Tinu and Arun Narayan and inform about their project.

Tinu’s previous two films, ‘Swathanthryam Ardharathriyil’ and ‘Ajagajantharam’, were action packed entertainers. So his upcoming film with Jayasurya is also expected to be on the same lines.

Jayasurya currently has ‘Eesho’ directed by Nadhirshah lined up for release. Arun Narayan is producing that film as well. The star is also reuniting with ‘Vellam’ director Prajesh Sen for a new film titled ‘Meri Awaaz Suno’. The film which is about a radio jockey also has Manju Warrier in it. It is worth a mention that the two actors are acting together for the first time ever.

‘Aposthalan’ and ‘John Luther’ and the ambitious 3D film based on Kadamattathu Kathanar are Jayasurya’s other projects in the pipeline.