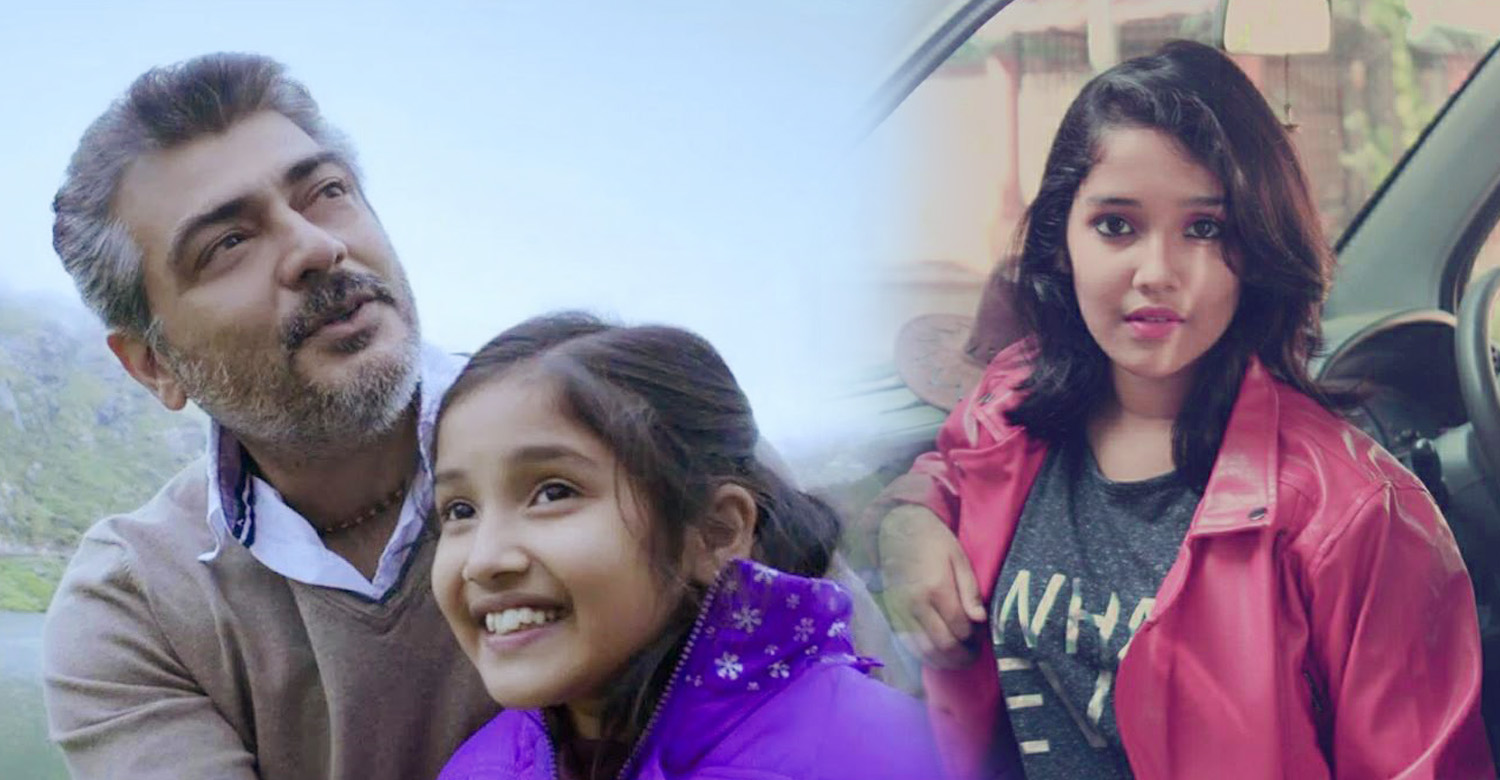 After Yennai Arindhaal, Anikha to act with Ajith once again in Viswasam!

Thala Ajith is currently shooting for his upcoming movie, Viswasam in Hyderabad. Siva is directing this movie which is touted to be a mass commercial entertainer. Nayanthara is playing the female lead’s role. Vivek, Thambi Ramaiah, Bose Venkat, Robo Shankar, Kovai Sarala and Yogi Babu are also part of the movie.

Latest addition to the cast is Malayali actress Anikha. This is her second film with Ajith after sharing screen space with him in the Gautham Menon directorial Yennai Arindhaal (YA). She had a meaty role to play as Ajith’s foster daughter in YA. Later, her performance in Mammootty’s The Great Father and the short film Maa earned her appreciation. Details about her role in Viswasam have not yet been revealed.

If reports are to be believed, Ajith plays a dual role and Nayanthara is essaying a doctor’s role in Viswasam. This is Ajith’s fourth film with director Siva after working with him in Veeram, Vedhalam and Vivegam. While the former two were regular mass entertainers, Vivegam was an ambitious attempt in making a spy-thriller. The movie made on a lavish budget with a big star cast but failed to impress the critics. Ajith and Siva will be hoping to comeback to winning ways with Viswasam.

PC Sreeram heaps praise on Mammootty for his performance in Peranbu
Peranbu is masterclass from Mammootty sir: Siddharth
To Top