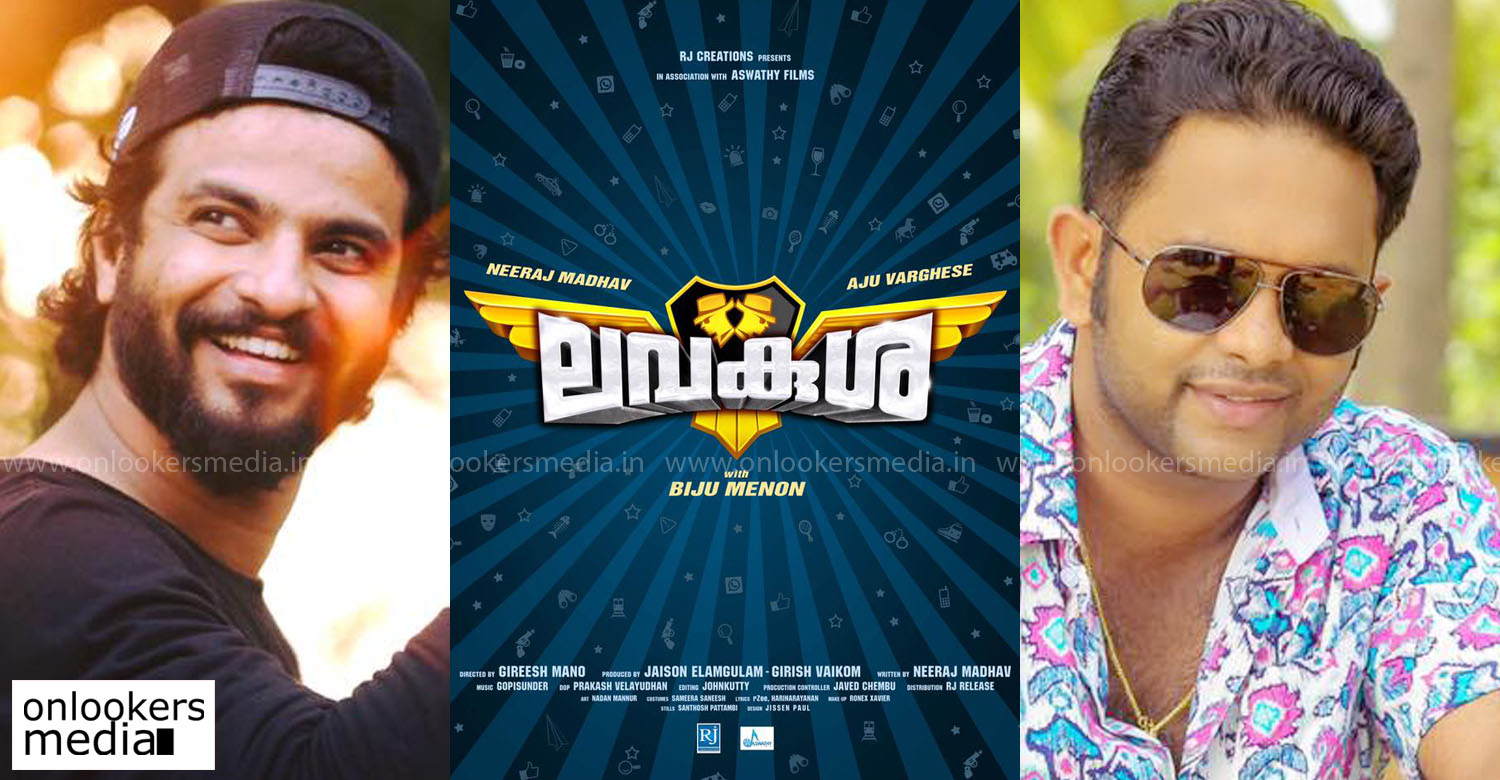 Aju Varghese and Neeraj Madhav are teaming up once again for an upcoming movie titled as Lava Kusha. Interestingly, the movie is written by Neeraj Madhav and directed by debutant Gireesh Mano.

Biju Menon is also said to be playing an important role in the movie. Aju Varghese shared the news about the movie through his official Facebook page. He shared the title poster of the movie with a pun intended comment, “night shoot and dance sequences on the first day itself”.

Neeraj Madhav and Aju Varghese have acted together in several movies like Oru Vadakkan Selfie, KL 10 Pathu, Kunjiramayanam and Adi Kappyare Kootamani. Neeraj has even choreographed a song in Oru Vadakkan Selfie with him, Nivin Pauly and Aju Varghese featuring in it. The song, Enne Thallendammaava, became a sensational hit thanks to the peppy beats, simple lyrics and the funky dance moves.

Lava Kusha is believed to be a out and out comedy entertainer. Gopi Sunder is composing the music while Pulimurugan editor Johnkutty is in charge of the cuts. Prakash Velayudhan is the cinematographer. The movie is produced by Jaison Elamgulam and Gireesh Vaikom.

Dulquer Salmaan was the centre of attraction in the MACTA Pranama Sandhya event; long queue for taking selfie with the star
Singam 3 producer challenges Tamilrockers team
To Top