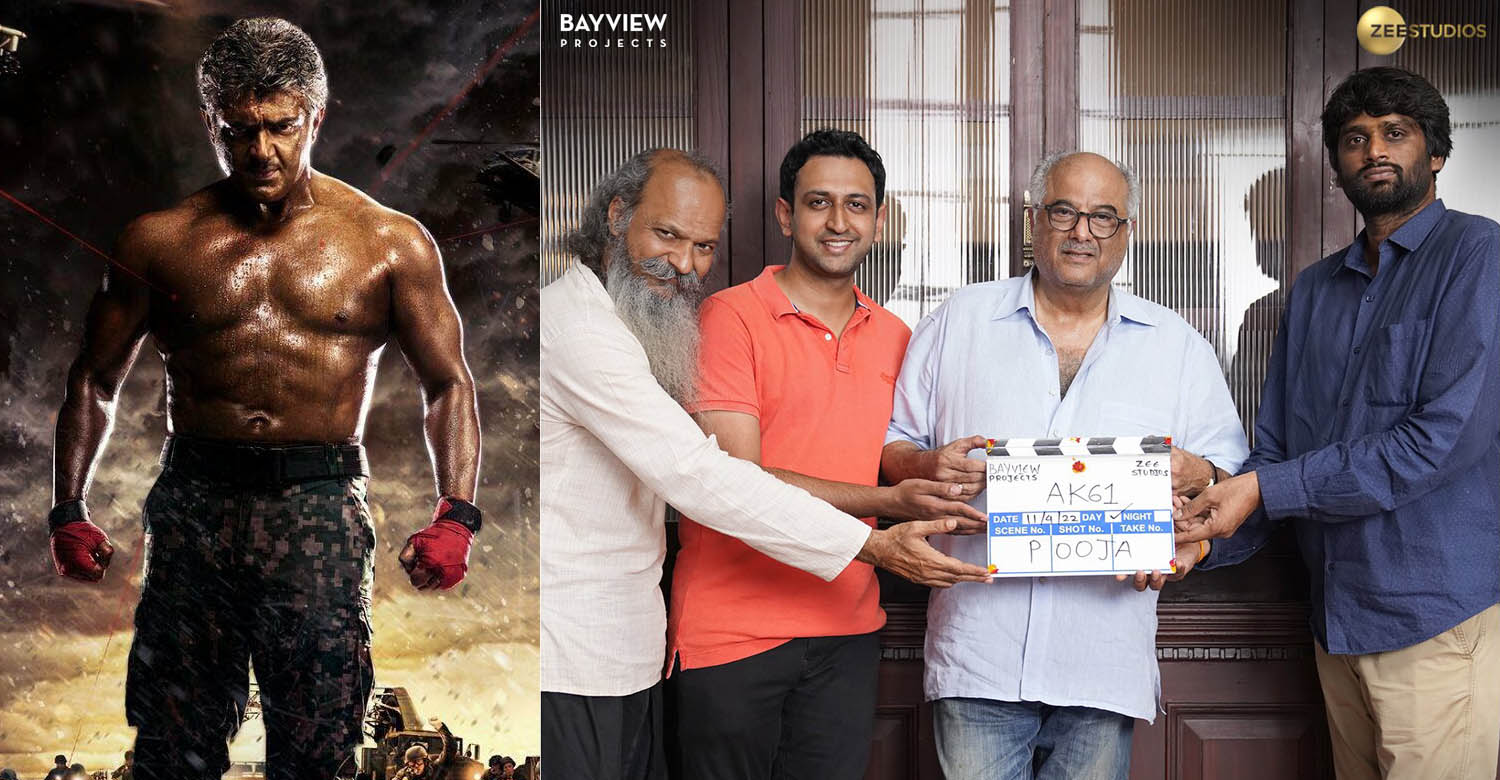 AK 61: Ajith’s next with H Vinoth goes on floors

Though the makers are yet to reveal any details about the project, it is speculated that the film will be a heist thriller. Ajith will be sporting a stylish bearded getup in the film. The actor was recently in Kerala for Ayurvedic treatment to rejuvenate and prep himself for the shoot. Nirav Shah, who cranked the camera for ‘Valimai’, has been retained for ‘AK 61’ as well. More details regarding the other cast and crew members are awaited.

After completing the H Vinoth, Ajith will be teaming up with director Vignesh Shivan. Tentatively titled ‘AK 62’, the film will be produced by Lyca Productions. Anirudh Ravichander, who has earlier composed music for Ajith’s ‘Vedalam’ and ‘Vivegam’, has been signed as the composer. As per the makers, the film’s shoot will begin by the end of this year and will hit screens by mid-2022.