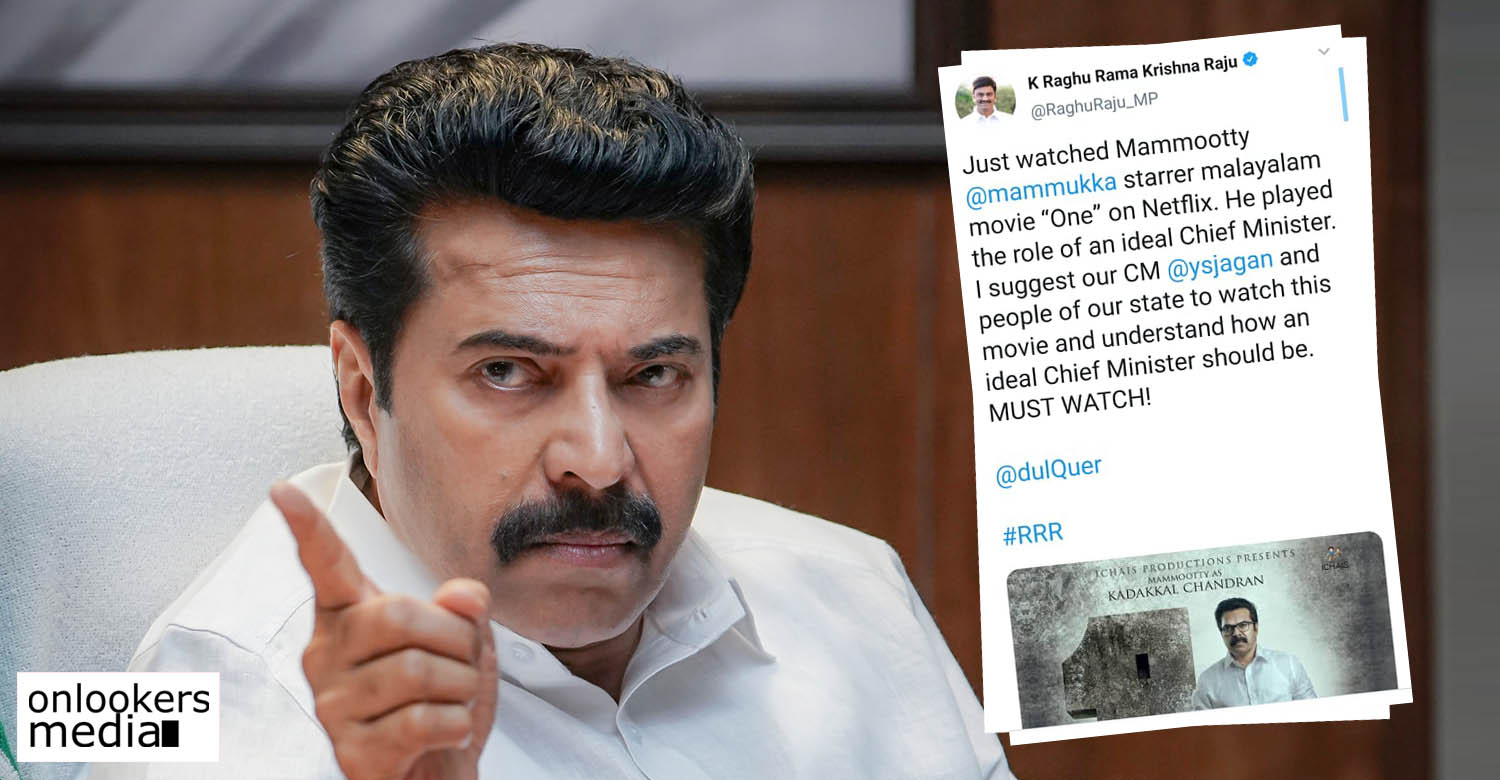 Mammootty’s recently released political film ‘One’ started streaming on Netflix on April 27. The film is directed by Santhosh Viswanath and scripted by Bobby-Sanjay duo. Mammootty plays the lead role of Kerala Chief Minister Kadakkal Chandran in it. The film is about how an ideal leader of the State should function. Mammootty’s performance as the righteous leader was widely praised.

Interestingly, Andhra Pradesh MP Kanumuru Raghu Rama Krishna took to his Twitter handle to urge the State CM YS Jagan Mohan Reddy to watch ‘One’ and understand how an ideal Chief Minister should be. According to him, it is a must watch film. His tweet reads,

Raghu Rama Krishnam Raju made it to the 17th Lok Sabha from Narsapuram Lok Sabha constituency, Andhra Pradesh. He won the 2019 Indian general election as a YSR Congress Party (YSR CP) candidate. However, he is now labelled a rebel from the party. Recently, he had raised several criticisms on YS Jagan Mohan Reddy. YSR CP MP Nandigam Suresh had even appealed to Lok Sabha Speaker to disqualify Raghu Rama Krishnam Raju for violating the party discipline and making wild allegations against the party president.