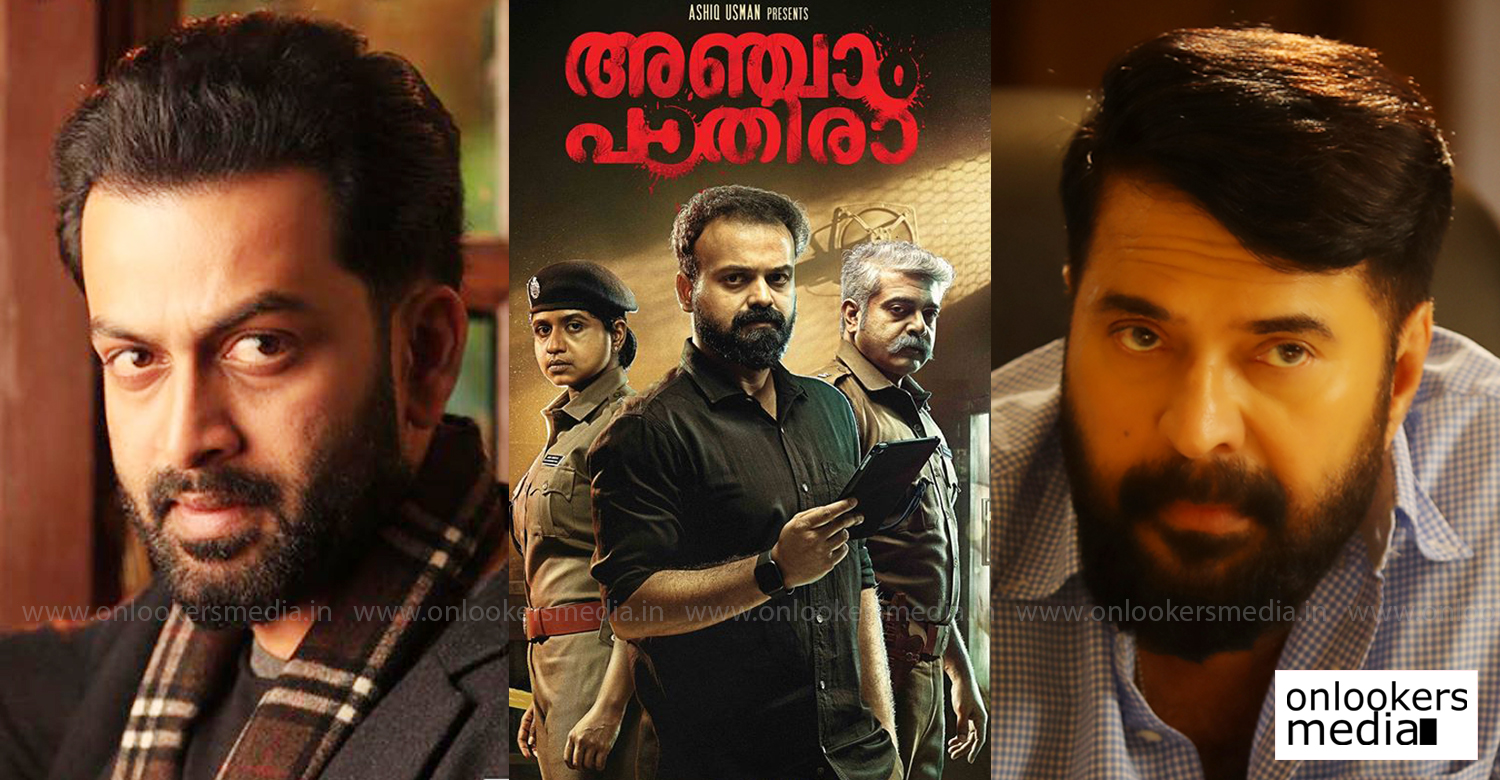 Midhun Manuel Thomas’ ‘Anjaam Pathiraa’ continues to do run with good occupancy in many theatres. By crossing the Rs 50 crore club, the film has emerged as the first blockbuster of the year as well as the decade. Apart from critics and common audience, even industry insiders seem to have loved the film. In a recent interview, director Midhun revealed that he got calls from people like Mammootty, Anwar Rasheed and Prithviraj after the film’s release. Prithviraj, in particular, was really excited and had a lengthy conversation, dissecting the film threadbare. In Midhun’s own words, in his 7-film old career, this is the first time, he is getting such great response from his colleagues.

‘Anjaam Pathiraa’ had a very normal release without much fanfare. Any hype that the film had restricted to certain groups in social medias that discuss cinema. But word of mouth soon spread like wildfire and the film soon became a talk among the general public. The fact that it is a proper quality thriller made in Malayalam after several years also helped the film a great deal.

Lalitham Sundaram: Madhu Warrier says he has been working on his directorial debut for 3.5 years!
Oru Kutti Kathai: First single from Master to be out on Valentine’s Day
To Top