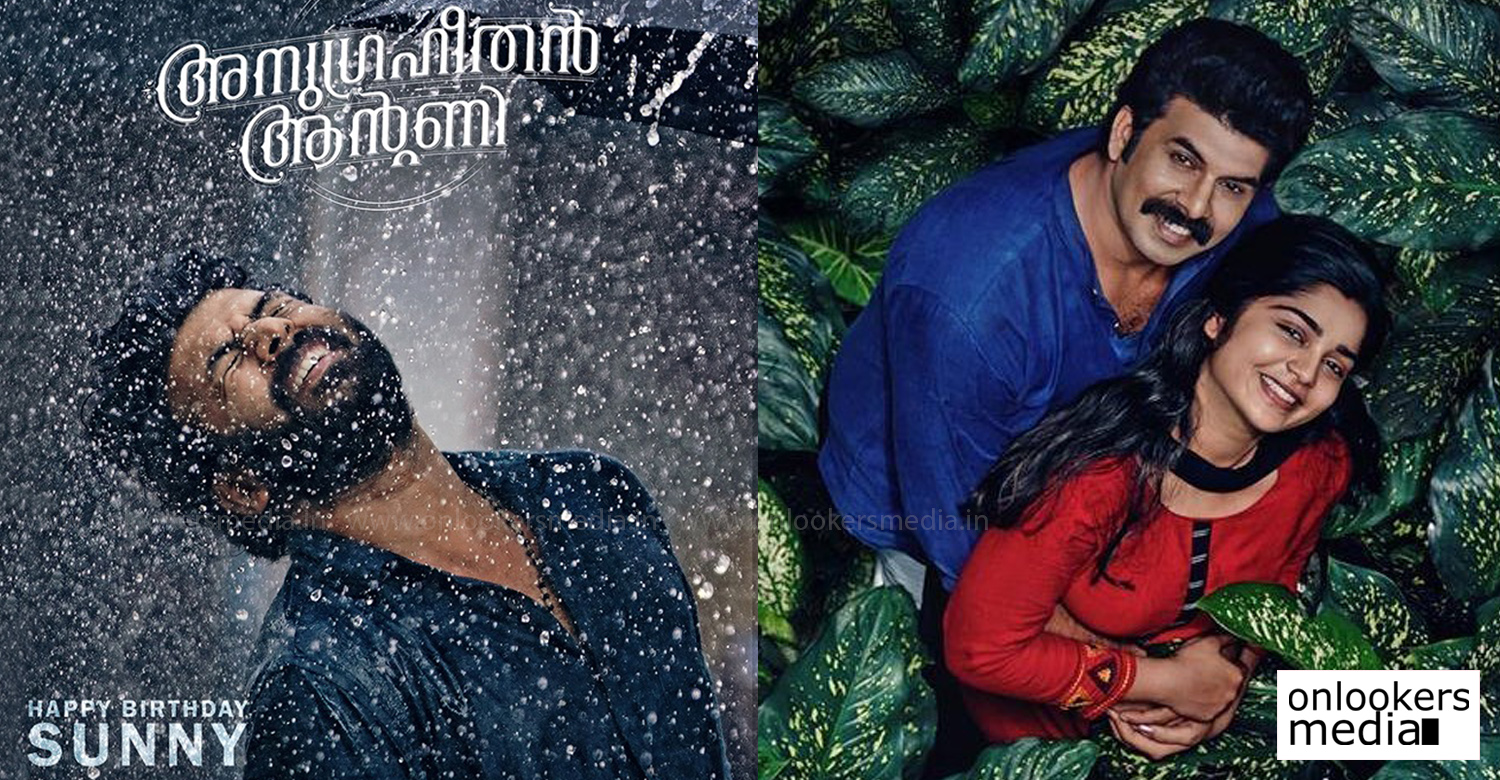 Actor Sunny Wayne is celebrating his birthday today. Wishes are pouring in from fans, well-wishers and colleagues within the industry. The makers of his new film ‘Anugraheethan Antony’ have released a birthday special poster. The movie has a young team behind it; most of them being newcomers. It is directed by debutant Prince Joy and scripted by Naveen T Manilal. Story is penned by Jishnu R Nair and Aswin Prakash. Gouri G Kishan, who won hearts with her impressive performance in the Tamil blockbuster ’96’, is making her Malayalam debut with ‘Anugraheethan Antony’. As per the makers, it is a film that has emotions, fantasy elements and much more. Gouri is supposedly playing the role of Sunny Wayne’s romantic interest in the film.

Sunny Wayne’s upcoming films include Gauthami Nair’s directorial debut ‘Vriththam’ and the Baburaj directorial ‘Black Coffee’, which is a spin-off of ‘Salt n Pepper’. Sunny is also debuting as a feature film producer this year with ‘Padavettu’, that has Nivin Pauly in the lead.