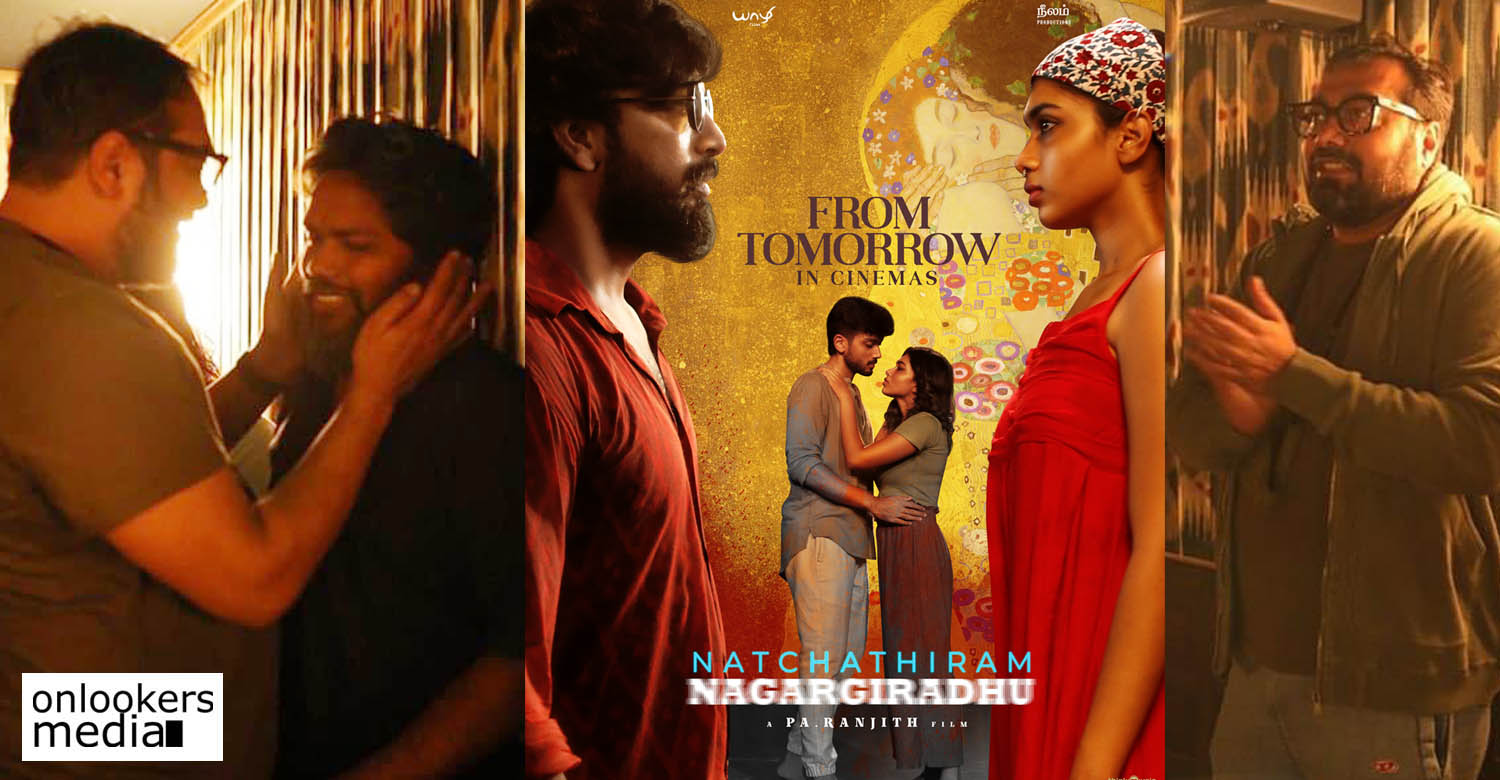 Pa Ranjith’s ‘Natchathiram Nagargiradhu’ is set to hit screens tomorrow (August 31). Prior to that, the director hosted a special screening of the film in Mumbai, which was attended by filmmakers like Anurag Kashyap, Nandita Das and Neeraj Ghaywan. Following the screening, Anurag and Neeraj took to their social media handles to heap praise on Ranjith and the film.

.@beemji opens #NatchathiramNagargiradhu with Nina Simone playing over a Gustav Klimt to see a couple arguing over Ilaiyaraaja.

Anurag Kashyap shared a more detailed note in which he called ‘Natchathiram Nagargiradhu’ his most favorite Ranjith film. His post reads,

Saw #natchathiramnagargiradhu last night. The uncensored version . This is a film playing inside Pa Ranjith’s head . There is an order in his chaotic mind . Where so many of his identities are having conversations and conflicting with each other . They just want to be and in order to be, they have to assert themselves and hold on to their grounds . It’s a film about love and how it needs to survive above all prejudice and hatred . Rene in the film imbibes the spirit of Pa Ranjith . This is His most personal work and my favourite Pa Ranjith film. He is his most vulnerable and naked in this film . Special mention for all the wonderful actors and the music and the cinematographer and the editor and the whole crew.