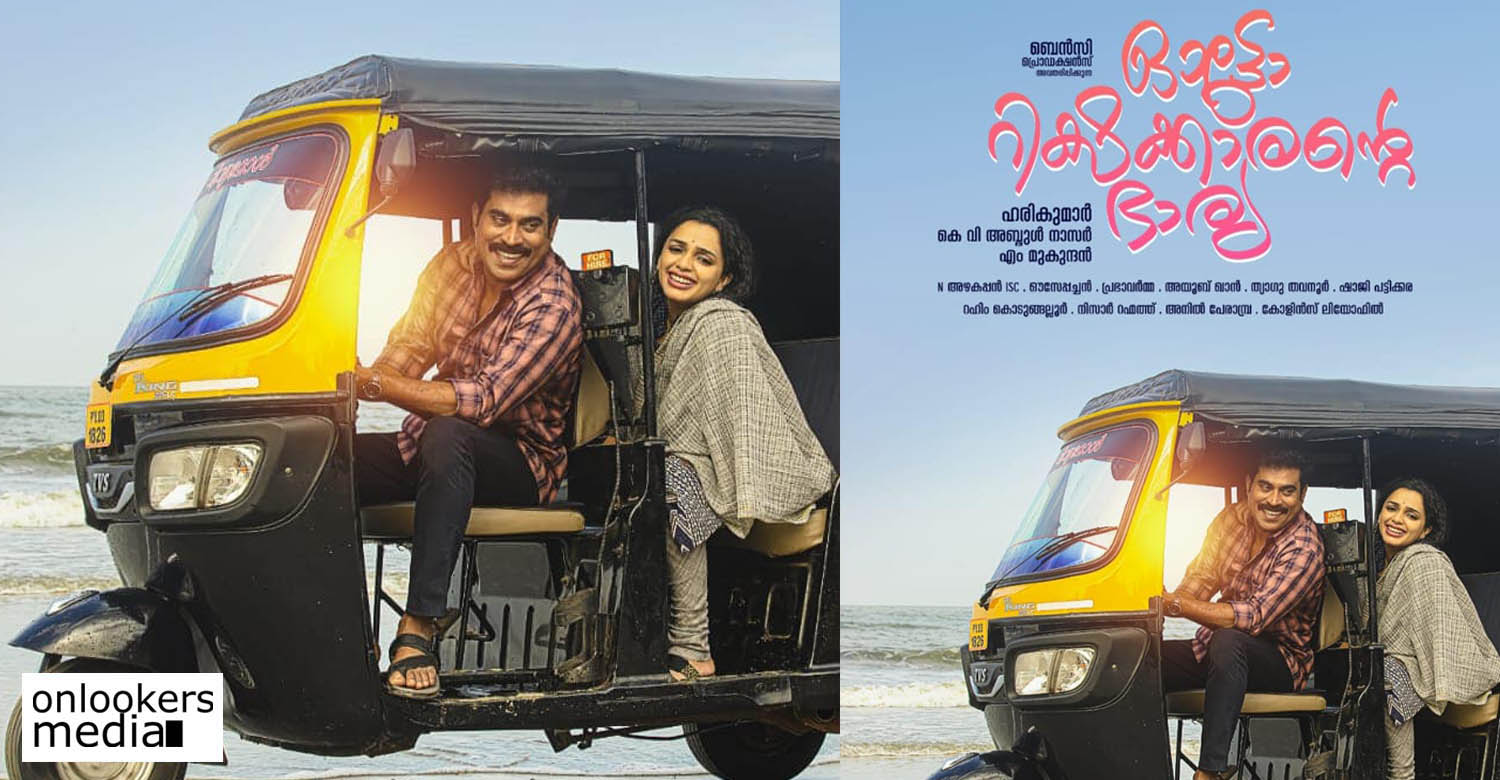 We had earlier reported about M Mukundan’s short story ‘Auto Rickshawkarante Bharya’ getting made into a film by veteran director Harikumar. Suraj Venjaramoodu and Ann Augustine play the lead roles in the film, the first look poster of which got released last day. It features the two leads who play a couple.

The film is adapted for the screen M Mukundan himself. The story revolves around a lazy auto-rickshaw driver Sajeevan, hailing from Meethalappura in Mahe. He is married to Radhika, a bold and mature woman, who is forced by circumstances to take up the auto-rickshaw for their living. The project was originally planned with Parvathy and Biju Menon as the leads but it could not materialize due to various reasons. Later, there were reports shout Manju Warrier doing the female lead’s part. Eventually, the makers got Ann Augustine on board. The actress is making her comeback of sorts with this film. She was last seen in a full-fledged role in ‘Nee-Na’, released in 2015.