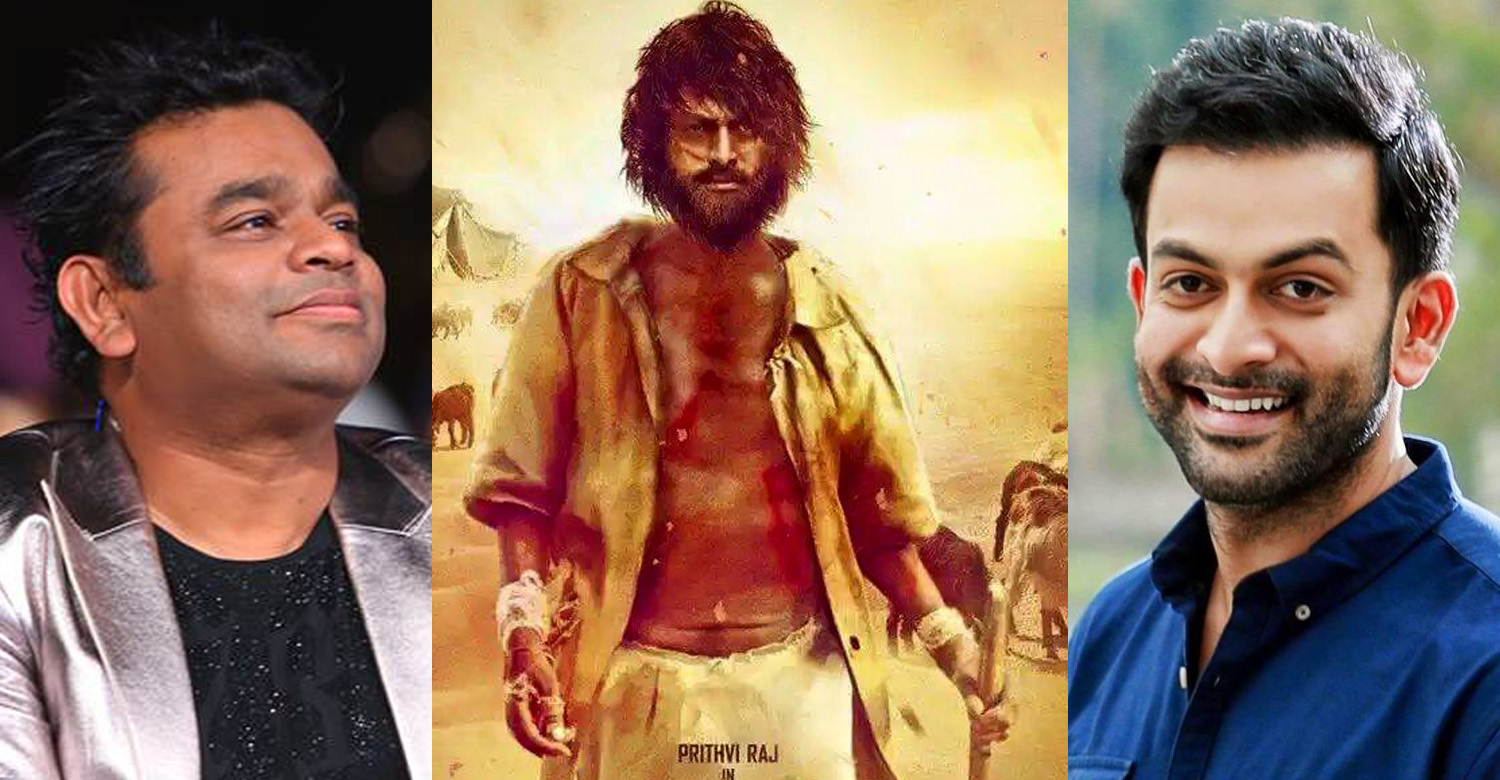 As we already know, Prithviraj is teaming up with award winning filmmaker Blessy for ‘Aadujeevitham’. Amala Paul plays the female lead and Oscar winner AR Rahman is handling the music department. The movie went on floors in March this year. The team is currently on a break as the movie has been planned to be shot in multiple schedules in over two years.

In the meanwhile, AR Rahman has composed two songs for the movie. He himself revealed this in a recent interview. Popular playback singer Chinmayi has rendered the tracks. He will soon start working on the score for the film. Rahman, who is making his comeback to Malayalam after two decades, is quite excited about ‘Aadujeevitham’. According to him, the movie has a beautiful story with great scope for music.

‘Aadujeevitham’ is based on Benyamin’s award winning novel of the same name, which is about the life of an abused migrant worker in Saudi Arabia. The protagonist Najeeb Mohammed is stranded in the middle of deserts. The lone man undergoes different experiences from seclusion, emotional conflicts and survival struggles.

Director Blessy firmly believes that only AR Rahman can bring about the kind of music that can capture the different emotional and spiritual levels of an isolated man. According to him, music has a great role to play in the movie than the dialogues. He added that the movie will have an international score with a blend of different genres of music such as Arabic, western and Indian.

Prithviraj will be undergoing drastic physical changes for ‘Aadujeevitham’. The makers have planned to shoot the movie in various schedules through the time span of which the actor will be undergoing multiple physical transformations. The second leg of shoot is expected to commence early next year.