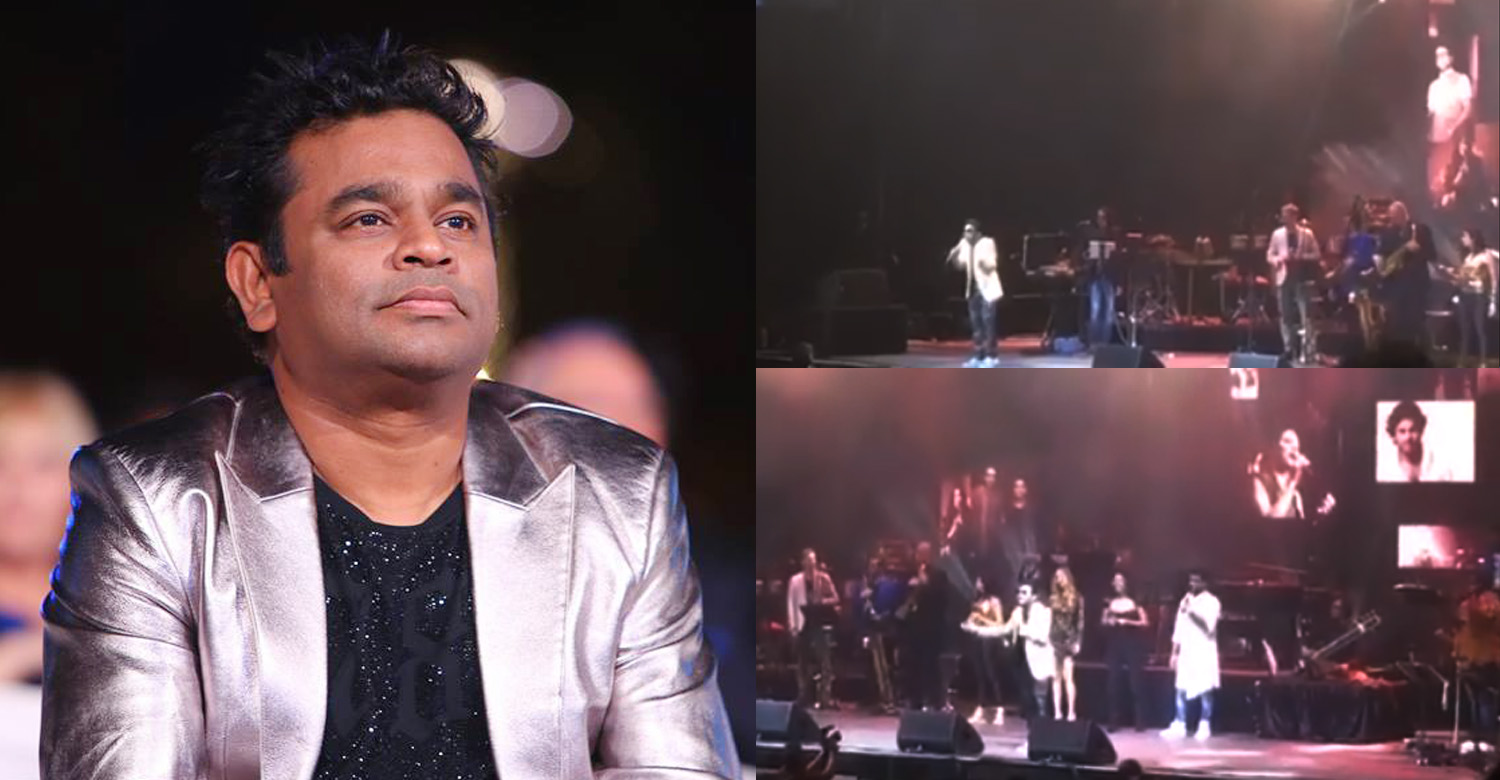 The state of Kerala has been rocked by the floods that cost lives of about 380 people and properties worth over Rs 20,000 crores. This is said to be the worst floods that the state has witnessed in nearly a century. Rescue operations have been completed and those rescued are currently being rehabilitated. Hundreds of camps have been opened across the state were the flood affected people are staying.

A R Rahman Show and he is singing for Kerala :Kerala…Kerala…Don’t Worry Kerala….❤️❤️❤️Oscar-winning music composer AR Rahman expressed his solidarity with Kerala by singing for the affected people of the state at a recent concert.Rahman changed the lyrics to his hit song, Mustafa Mustafa, from the film Kadhal Desam and sang “Kerala, Kerala, don’t worry Kerala,” during a show in California. A clip of the performance was posted on social media by fans of the musician and has since been shared widely.Love you AR❤️❤️❤️

Kerala is slowly getting back to its feet with the combined efforts of people from different walks of the society. Celebrities and commoners are doing their part with financial contributions and arranging basic things needed in the relief camps. Music maestro AR Rahman went a step higher and dedicated a song for the people of Kerala. The Oscar Award winning composer is currently in the US with a musical concert.

During one of his concerts in Los Angeles, Rahman changed the lyrics of his famous song ‘Mustafa Mustafa’ to ‘Kerala, Kerala, Don’t Worry Kerala’. This surprise gesture to raise awareness about the plight of the state by making special mention of it at a foreign concert has won him a lot of praise. Earlier, Resul Pookkutty had revealed that him along with AR Rahman, Amitabh Bachchan and Shah Rukh Khan had donated their share to the Kerala Chief Minister’s Distress Relief Fund.

Karthi hands over cheque of Rs 25 lakhs to CMDRF and 10 lakhs to AMMA
Superman from Irinjalakuda: Tovino wins hearts with his efforts to rehabilitate thousands affected by floods!
To Top