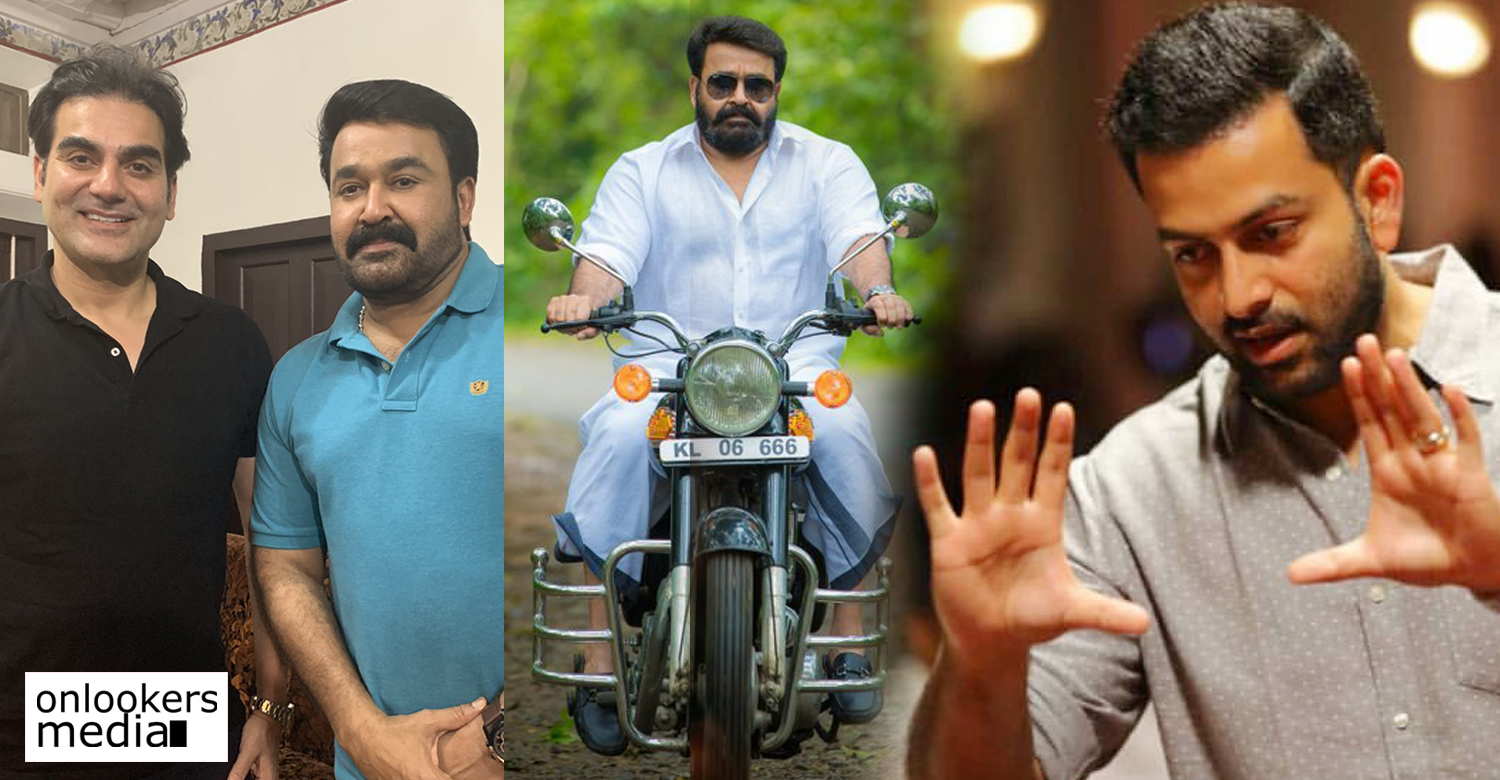 As reported by us earlier, Bollywood star Arbaaz Khan is making his debut in Malayalam with the upcoming Mohanlal starrer ‘Big Brother’. The film directed by Siddique is currently on the floors. Arbaaz plays an IPS officer’s role in the film. The actor has got along well with the team, especially with Mohanlal, with whom he shares most of his scenes. The superstar had recently hosted a party on Arbaaz’s birthday. Besides close family members, actor Prithviraj was also part of the birthday celebrations.

Arbaaz Khan has high regard for Mohanlal and Prithviraj. In a recent interview, he opened up about how impressed he was by the duo’s ‘Lucifer’. He is quoted saying to TOI, “Mohanlal sir has performed brilliantly, but I am equally impressed by how Prithviraj sir has directed it. He has done such a fabulous work for an actor-turned-director, with some amazing shots and presentation.”

‘Big Brother’, according to the makers, is a family entertainer with action, humour and sentiments. Anoop Menon and Sarjano Khalid are also part of the cast.