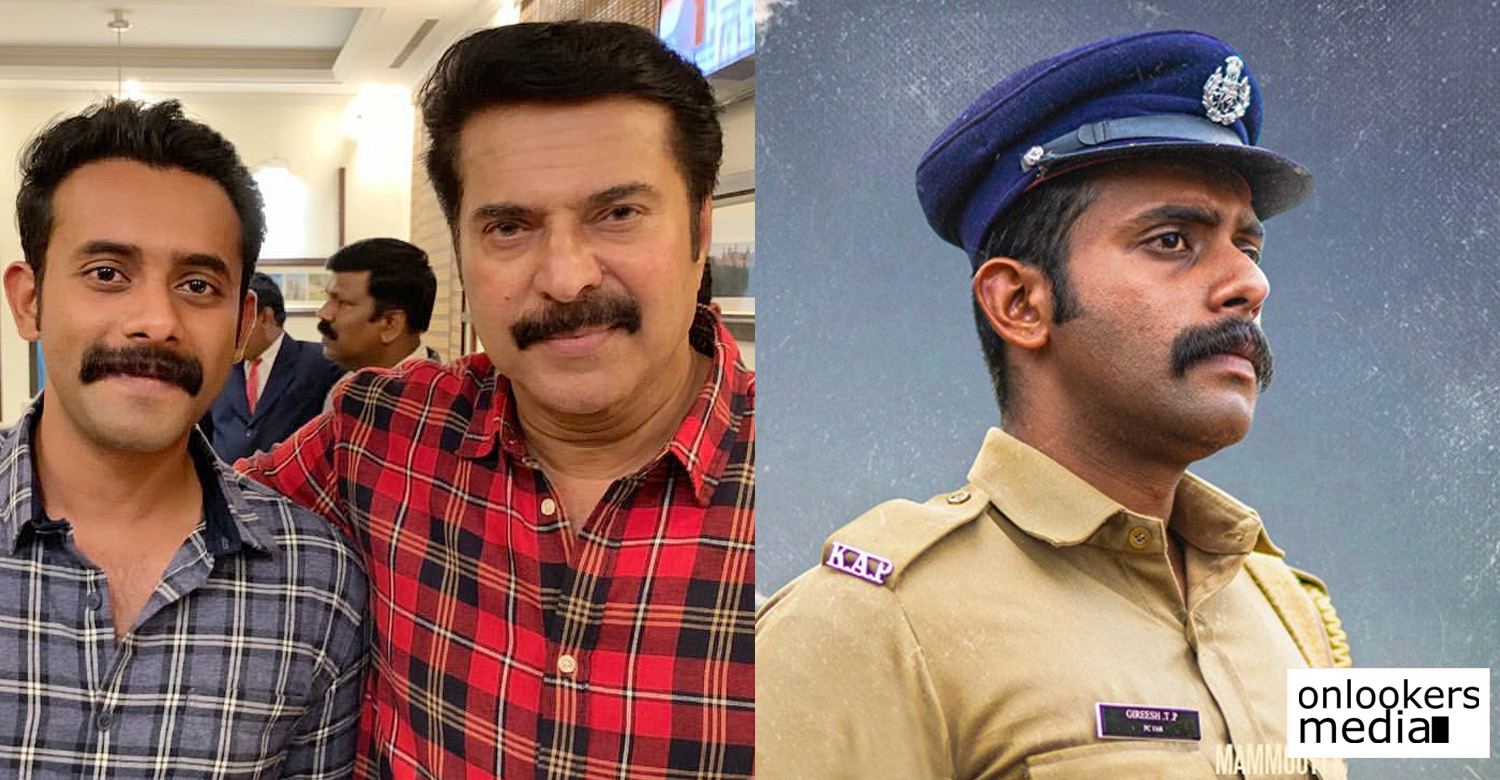 ‘Unda’ starring Mammootty is a very promising film that’s getting ready for release this Eid. The movie directed by Khalidh Rahman of ‘Anuraga Karikkin Vellam’ fame is touted to be an comedy action thriller. The makers are current releasing the posters of all major characters in the film.

Last day, a poster featuring Arjun Ashokan was releasing. The youngster’s character is named as Gireesh TP. Arjun is widely rated as one of the most promising young actors in Malayalam cinema today. His performances in films like ‘Parava’, ‘B Tech’, ‘Varathan’ and more recently in ‘June’ have made him an audience favorite. He is expected to deliver another memorable performance in ‘Unda’.

The movie has Mammootty playing the role of a police sub inspector. Director Khalidh has penned the story which revolves around a set of events that occur when an unit of policemen from Kerala reach the Naxalite prone areas in North India on election duty. Harshad has written the screenplay.