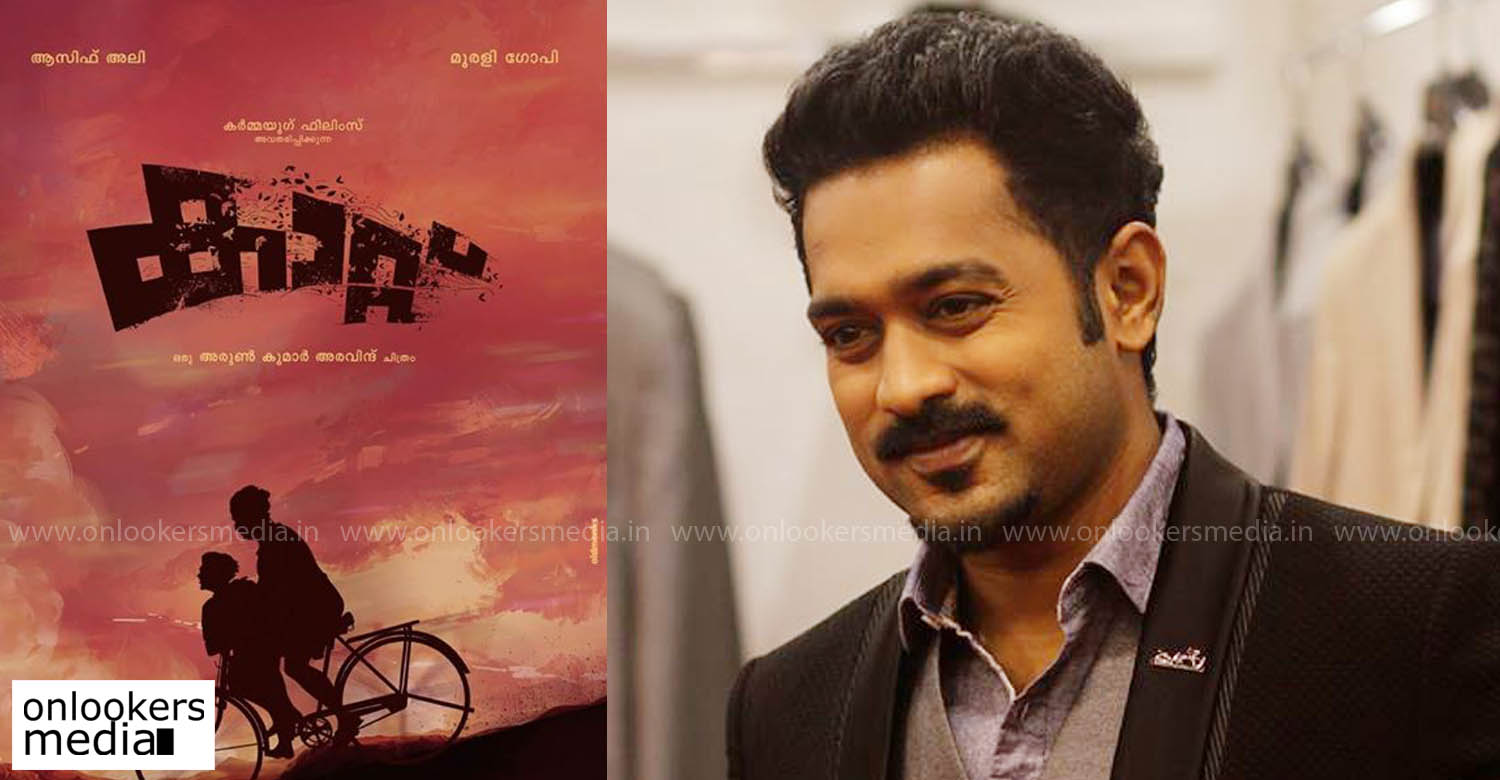 Arun Kumar Aravind’s next with Asif Ali titled as Kaattu

We had earlier reported that Arun Kumar Aravind, who was away from the industry for sometime, is making a come back with a revenge drama. Asif Ali and Murali Gopy are playing the major roles in this movie. The film is based on a short story by the iconic filmmaker Padmarajan and is written by his son Ananthapadmanabhan.

The director and writer recently unveiled the movie’s title and first look poster. The movie has been titled as Kaattu and the first look poster features a man riding on a bicycle with a kid in the front.

Asif Ali’s character in the movie is a complex one which requires lot of preparation. The story is set in a village in rural Kerala. It will be a rustic revenge drama.

Arun Kumar Aravind has directed some highly acclaimed movies like Cocktail, Ee Adutha Kaalath and the cult political drama Left Right Left. His last movie was One by Two with Murali Gopy, Honey Rose and Fahadh Faasil in the lead roles. Ananthapadmanabhan debuted as a scriptwriter through the movie August Club starring Murali Gopy and Rima Kallingal as the leads.

Deepak Dev will be scoring the music for Kaattu. The movie will be produced under the banner Karmayug films and is expected to start rolling by next month.