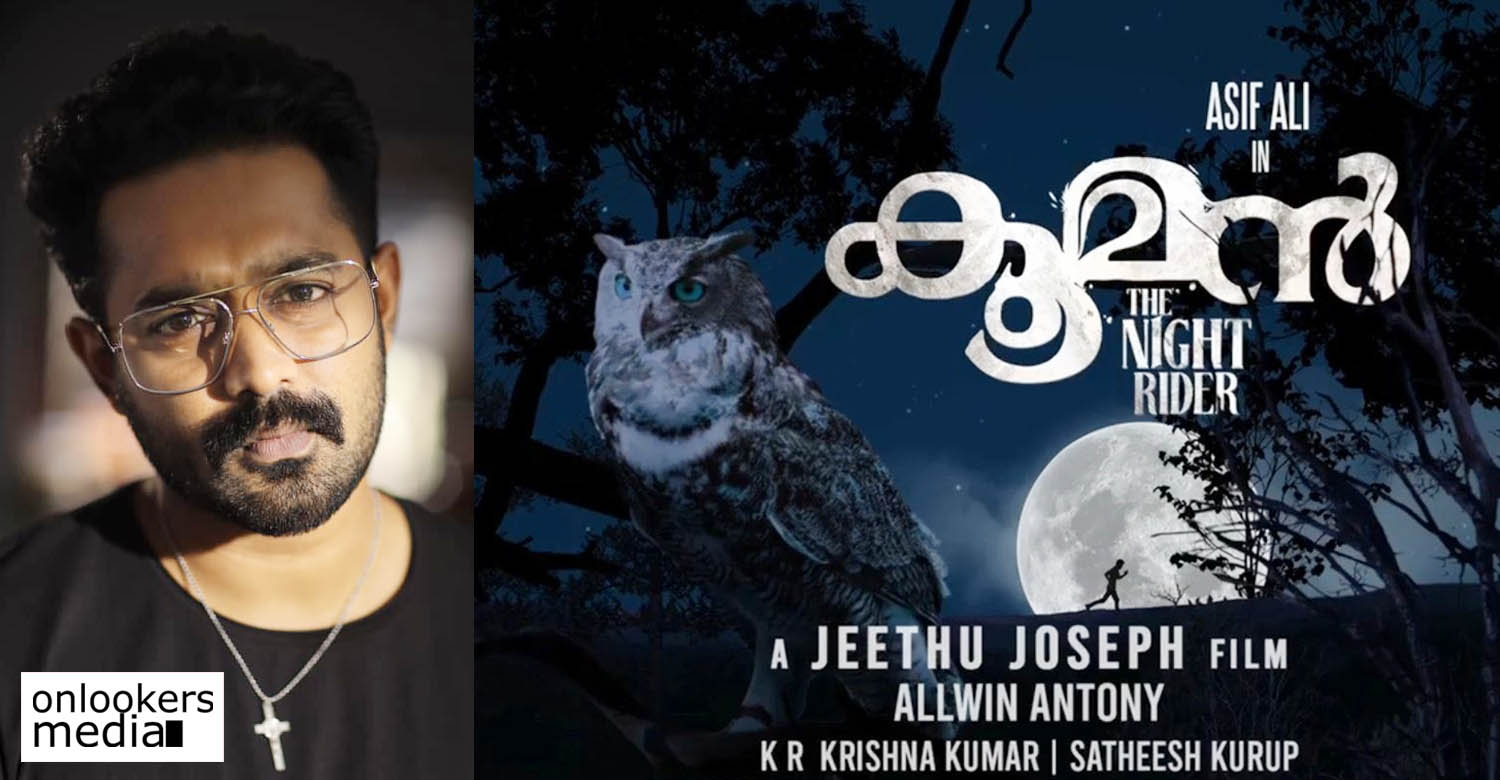 Asif Ali and Jeethu Joseph team up for Kooman

Director Jeethu Joseph is next teaming up with Asif Ali for a film titled ‘Kooman’. Its official announcement was made last day by unveiling an intriguing motion poster. KR Krishna Kumar is scripting the film and it is produced by Allwin Antony under the banner of Ananya Films.

On the technical front, Jeethu Joseph has retained his frequent collaborator Satheesh Kurup as the cinematographer. Vishnu Shyam will be handling the music department and VS Vinayak is the editor. The director’s wife Linta Jeethu will be designing the costumes.

Jeethu Joseph, whose last release the blockbuster ‘Drishyam 2′, also has ’12th Man’ coming up. The multi-starrer headed by Mohanlal is currently in the post-production stage. It is already confirmed as a direct OTT release. An official announcement regarding the releasing platform and its streaming date is awaited.

Asif meanwhile has a number of projects lined up. He has completed the shoot of Abrid Shine’s ‘Mahaveeryar’ co-starring Nivin Pauly, an untitled Jis Joy film, and Sibi Malayil’s ‘Kothth’. His next release will be the much-awaited Rajeev Ravi directorial ‘Kuttavum Shikshayum’.