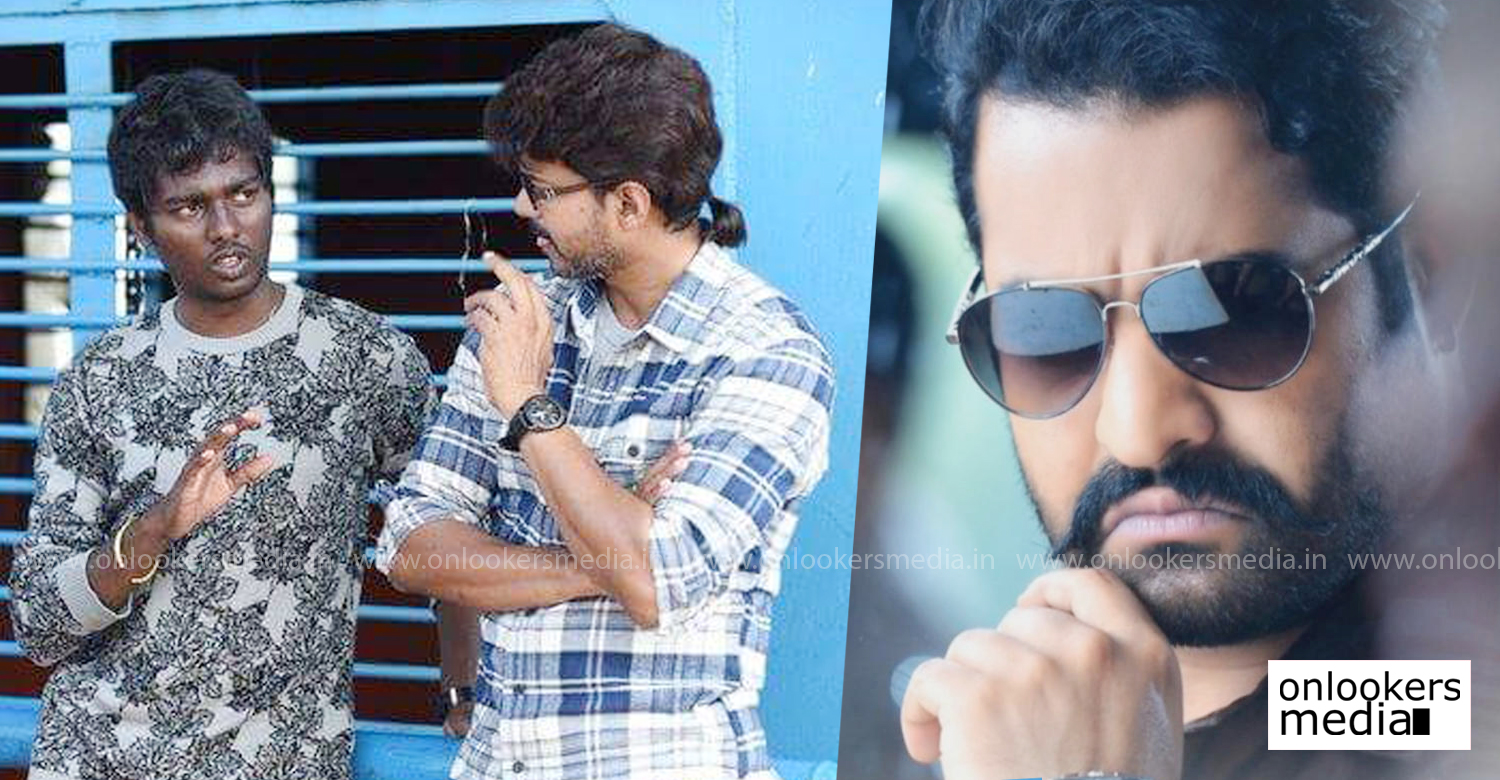 Atlee to direct a Telugu film with Jr NTR!

Despite being just four films old, Atlee is one of the most sought after commercial filmmakers in the country today. All his three films that have released so far – ‘Raja Rani’, ‘Theri’ and ‘Mersal’ have been blockbusters. His fourth film ‘Bigil’ starring Vijay is slated to hit screens tomorrow but the film has already done phenomenal business.

For the last few months, there have been reports about Atlee teaming up with Bollywood badshah Shah Rukh for a big budget mass entertainer. While that project is almost confirmed, the director has also hinted about doing a Telugu film with Jr NTR. Last day, during the promotions of ‘Whistle’, the Telugu version of ‘Bigil’, Atlee revealed about how Jr NTR calls him up after the release of each film to congratulate him. Tollywood medias report that there is a strong possibility of the two teaming up in near future.

Jr NTR is currently working on ‘RRR’, the upcoming biggie directed by SS Rajamouli. Ram Charan, Ajay Devgn and Alia Bhatt are also part of the film. Fans are hoping to see Jr NTR will be joining hands with Atlee next.

Bollywood star Sanjay Dutt part of Lucifer 2?
Mohanlal to play a 57-year-old lorry driver in Bhadran’s next
To Top