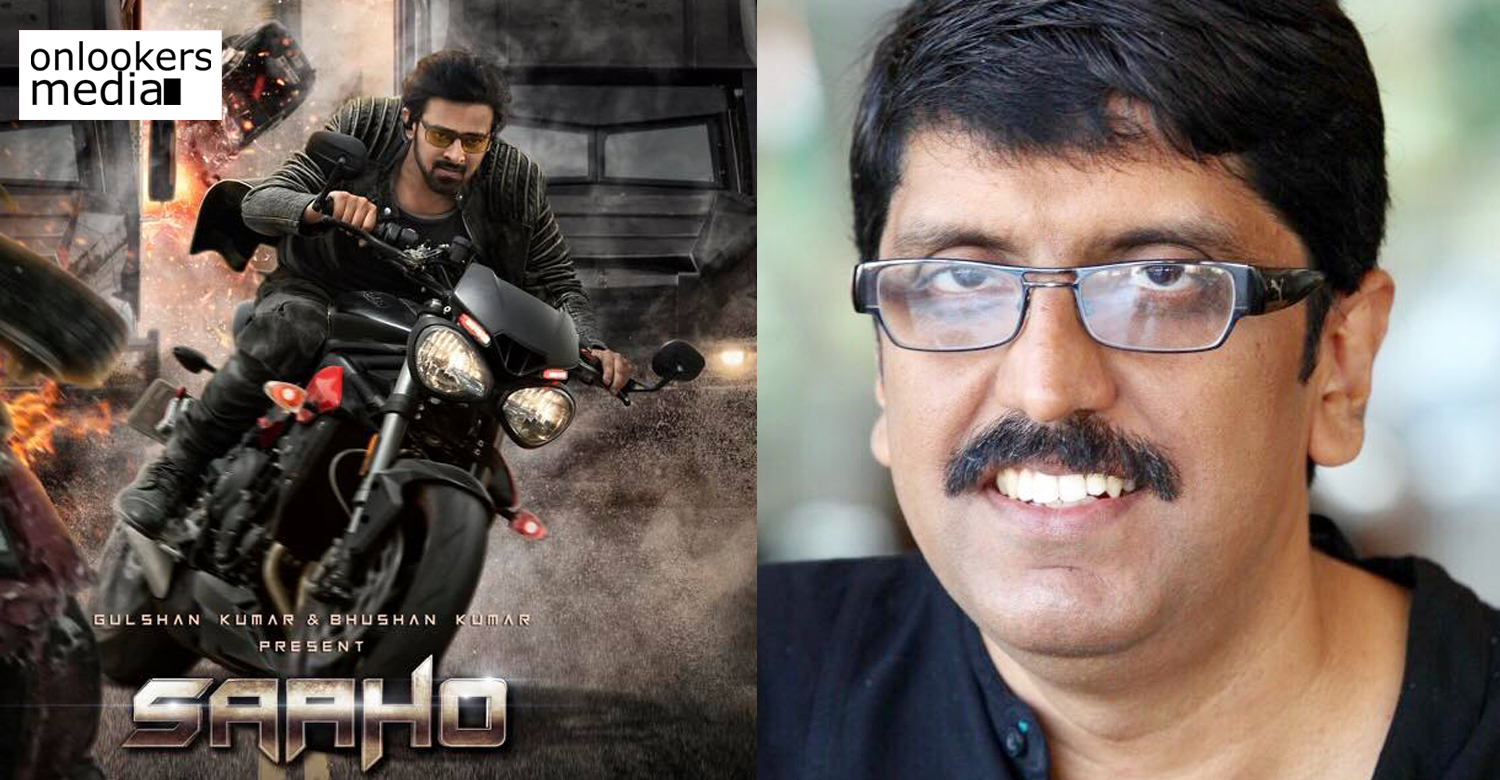 B Unnikrishnan’s RD Illuminations to release Saaho in Kerala

Prabhas’ much-hyped mega budget film ‘Saaho’ is getting a grand worldwide release on August 30. The movie directed by Sujeeth is an action packed thriller made on an international scale. It is being made on a whopping budget of around Rs 300 crores. Though the release was initially scheduled for August 15, the date had to be pushed as the post-production works got delayed and the makers were not willing to compromise on any aspect.

‘Saaho’ will be released in Kerala by director B Unnikrishnan’s distribution firm, RD Illuminations. Prabhas will also be coming to Kerala for the movie’s promotions. The director took to his Twitter handle to share the news. His tweet reads,

Saaho, the most expensive film from the south, is distributed in Kerala by my firm, RD Illuminations. It comes to you on 30th of August. Its action sequences are just mind-boggling. Prabhas will be in Kerala soon for promotions.

‘Saaho’ is planned as a multi-lingual film. It is releasing in Telugu, Hindi and Tamil languages. To give a pan Indian appeal, the movie has actors from various languages as part of its cast. Shradhha Kapoor is paired with Prabhas. Jackie Shroff, Neil Nitin Mukesh, Chunky Pandey, Mandira Bedi, Mahesh Manjrekar, Arun Vijay, Lal, Vennela Kishore and Tinnu Anand are playing other prominent roles.

Chiyaan 58: Vikram to sport 25 different looks in his next!
Thala 60: Janhvi Kapoor to make her Tamil debut with Ajith’s next
To Top