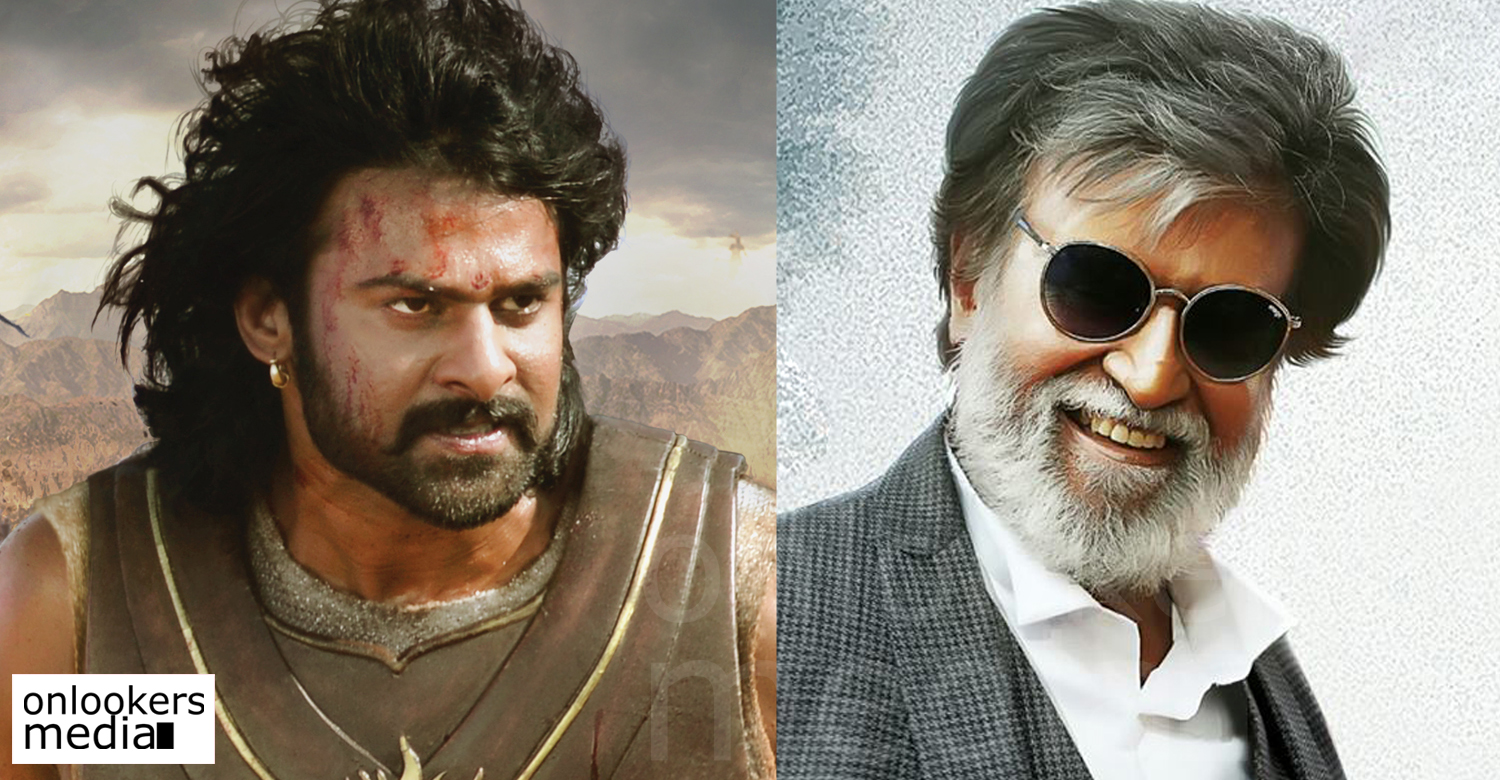 Super Star Rajinikanth starrer movie Kabali had released here in Kerala on July 22 and it had made some new box office records here. But before that it had made a record here in Kerala related to the distribution right it got from here. Kabali is distributed here by Ashirvad Cinemas owned by Super Star Mohanlal and producer Antony Perumbavoor. They bought the distribution rights of this movie for the price of 7.5 crore which was a new record here in Mollywood.

Earlier the record was 5.6 crore, for which Vijay starrer movie Theri rights is bought by Friday Film House in association with Carnival motion pictures. Now, Global United Media which released Baahubali-The Beginning and Vikram-Shankar movie I here, had bought the distribution rights of Baahubali 2 aka Baahubali-The Conclusion, for a whopping price of 10.5 crore. The official confirmation had not yet come but reports are doing its round in film field saying so.

If it is true, then Baahubali 2 had started off here by breaking a record set by Kabali. Baahubali 2, which is the most awaited sequel in Indian Film industry right now, is in the final stages of its filming and they are planning to release it in 2017 April. SS Rajamauli is directing this movie and Prabhas is playing the lead in it.

Baahubali part one was the 3rd biggest success in Indian Cinema and the anticipation level for Baahubali 2 is damn too high.