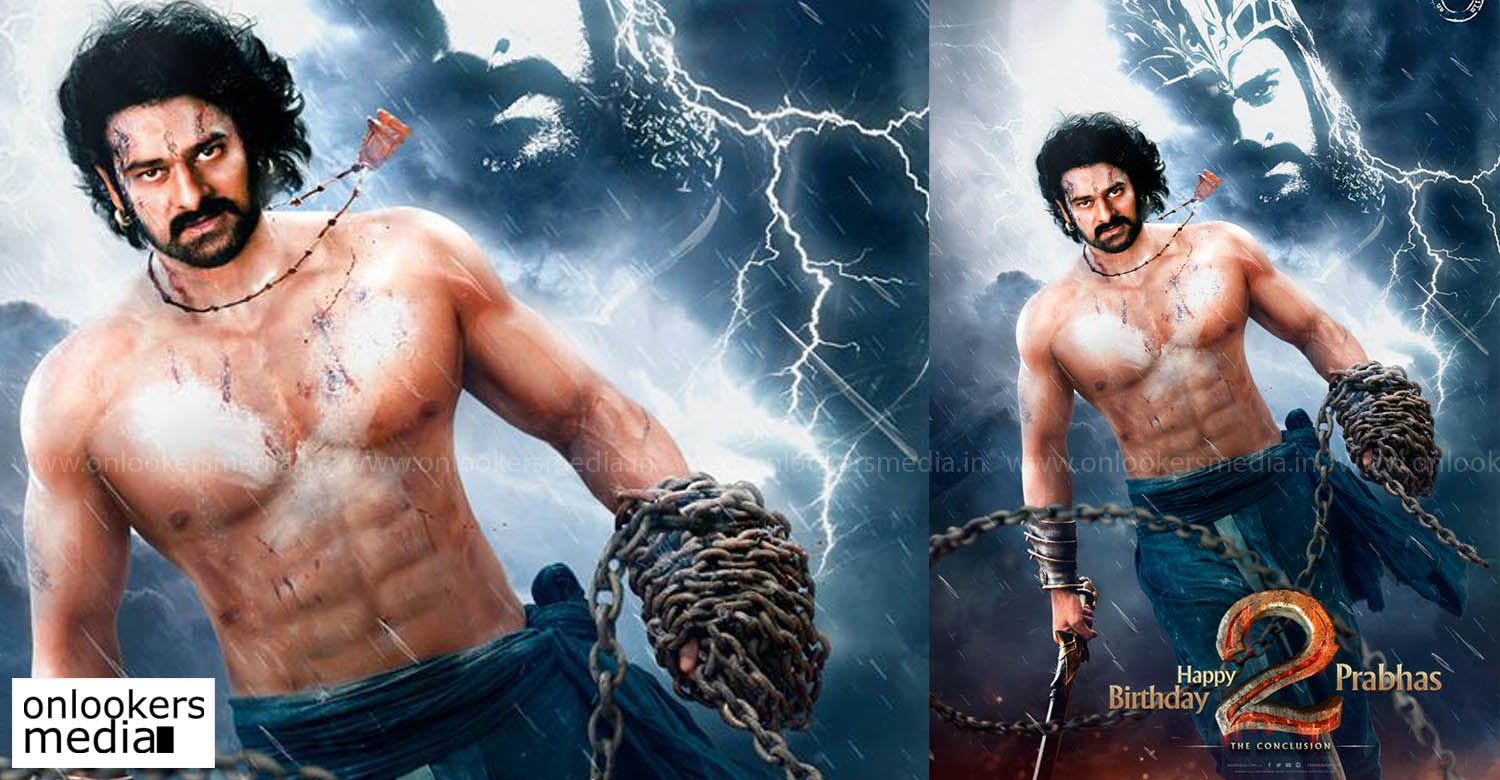 The first part, Baahubali  The Beginning was a smashing hit creating waves in the box office across the country. The whole of India is waiting for the release of the second part. Today the first glimpse of Baahubali 2 was launched. The first-look poster of the next chapter — Baahubali: The Conclusion, was released by S S Rajamouli at the MAMI 18th Mumbai Film Festival.

The first look poster shows Prabhas as Baahubali walking majestically with a sword in one hand and a chain wrapped around other arm. Director SS Rajamouli in his social media page posted the first like poster with the tag line – And how he (Baahubali) wins the Mahishmati Kingdom with his Unrestrained Power is #Baahubali2 The Conclusion. The move is said to be in its final filming stages with two more songs and a couple of action sequences.

Simultaneously the VFX works are also going on. The magnum opus is scheduled as a summer release, set to release on April 28, 2017.