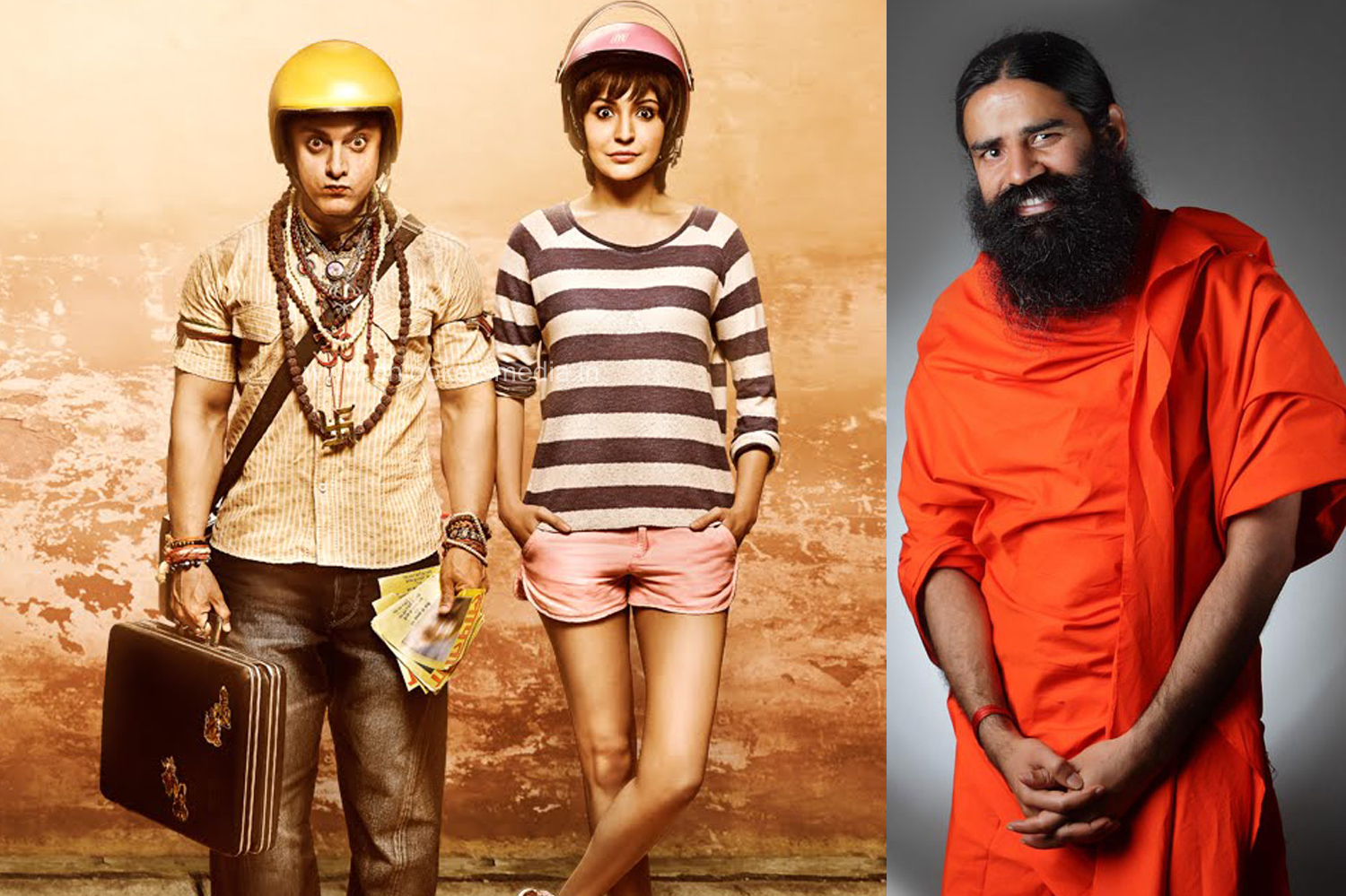 Now it’s the turn of Yoga guru Baba Ramdev. Online medias got a new ‘wrong number’ in the name of Baba Ramdev at the end of 2014 to celebrate. The case is that on Sunday Yoga guru Baba Ramdev Appealed  for a social boycott of those people who is behind the making  of the latest Aamir Khan film ‘PK’, which was directed by Raj Kumar Hirani and which was making waves all over the country today with its theme and also for the great success it is getting even after lots of protest from some section of Hindutva supporters.

Baba called for this boycott because of the same issue as he says that the film is ridiculing God and Godmen and as their claim it specifically mocking at the Hindutva rituals. But the film is getting tremendous amount of support from the common people and youngsters and even the supreme court of India rejected an appeal to ban the film saying that there is no harm with the film and its content and those who don’t’ like the subject just have to stay away from it.

The people using social media as a platform to support PK and they are now really began to make fun of and ridiculing people like Baba Ramdev who is openly come out against the film. The ‘wrong number’ is a popular phrase from the film which is used by Aamir’s character Pk to refer to the selfish and misguiding so called Godmen or Mediators of God. Now people began to call Baba Ramdev a “wrong number” to make fun of him and also as a support to the film.

According to Baba Ramdev those who are making this type of  movies are just insulting Hindu culture and religion. He says that now a days there is the situation came up that anyone can stand up and say whatever they want to say against Hinduism. He says it was very shameful indeed. No one says such thinks about Islam without thinking . But no one cares about Hinduism and the insult it faces through films like this and people who creates such films to mock Hinduism. He says that that is why he is appealing to boycott those who made this film called PK. But Baba not seems to get much support and in fact it made him a laughing stock at the online and social medias and really made him a “wrong number” for  the people.

Malayalam Cinema 2014 A Boxoffice Talk
After Hindutva Supporters, now it’s the turn of Muslims against PK
To Top