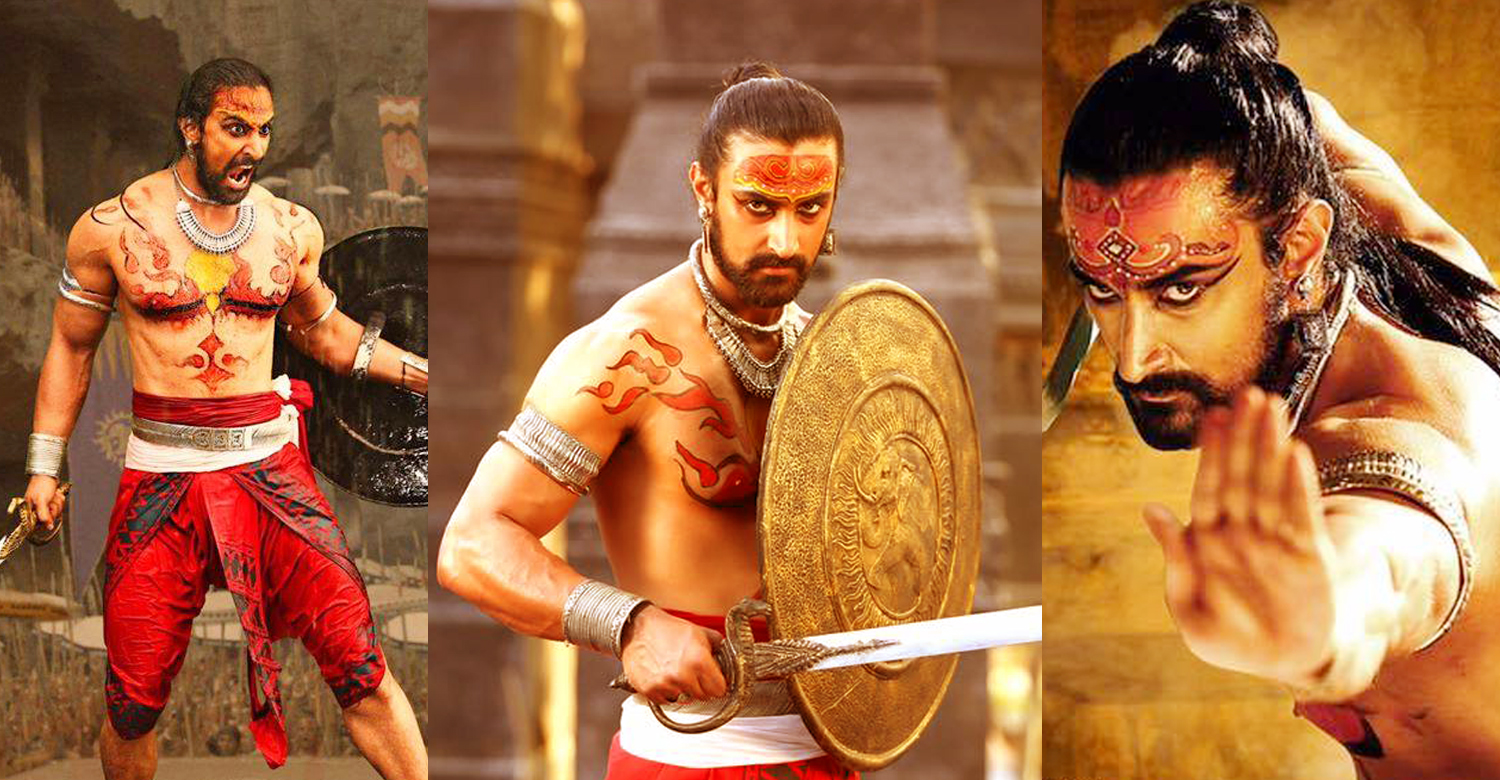 National award winner Jayaraj’s upcoming release Veeram is making all the right noises before it’s release. This big budget movie is all set to release on February 24, in around 100 screens in the State.

Veeram is an adaptation of William Shakespeare’s Macbeth. It is the fifth installment in director Jayaraj’s Navarasa series, featuring Bollywood actor Kunal Kapoor in the lead role of Chandu Chekavar, from the Vadakkan Pattukal of North Malabar region in Kerala.

The movie is getting unprecedented publicity for a Malayalam movie. The fact that the movie is based on the legendary writer William Shakespeare’s Macbeth has made heads turn and take notice of this epic historical drama. Bollywood superstars like Amitabh Hrithik Roshan, Aamir Khan and Abishek Bachchan were all impressed with trailer and shared it in their official pages in social networking platforms. They also appreciated Kunal Kapoor for the hardwork he has put in to play the role. The actor developed a warrior’s physique in addition to learning sword fight and the martial art, Kalaripayattu for playing his part in the movie.

The movie is made on a budget of nearly 35 crores, which is incidentally higher than the budget of Malayalam cinema’s biggest ever success, Pulimurugan. Jayaraj roped in such popular names from the west to handle the technical departments of the movie.

Allan Poppleton, who has worked in Hollywood films like Lord of the Rings and Avatar has choreographed the stunts in the movie. Award winning composer Jeff Rona, who was an associate of the legendary Hans Zimmer, is handling the music department. Oscar and Emmy award winning make-up artist Trefor Proud is also part of the technical team of Veeram. The movie is jointly produced by Chandramohan Pillai and Pradeep Rajan of Chandrakala Arts.

Most of the supporting actors in the movie are newcomers. Shivajith Nambiar, Divina Thakur, Himarsha Venkatsamy, Satheesh Menon, Aaran, Bilas Nair and Gopan Mavelikkara are some of the actors who have essayed supporting characters in the movie. Veeram is highly anticipated by movie lovers across the State. The film was screened at various film festivals like BRICS Film Festival, IFFK and IFFI, Goa.

Singam 3 ends up as a colossal flop in Telugu box office
It has been over 30 years since I came into the industry. But, this is the first time that I am getting such an honor: Indrans
To Top