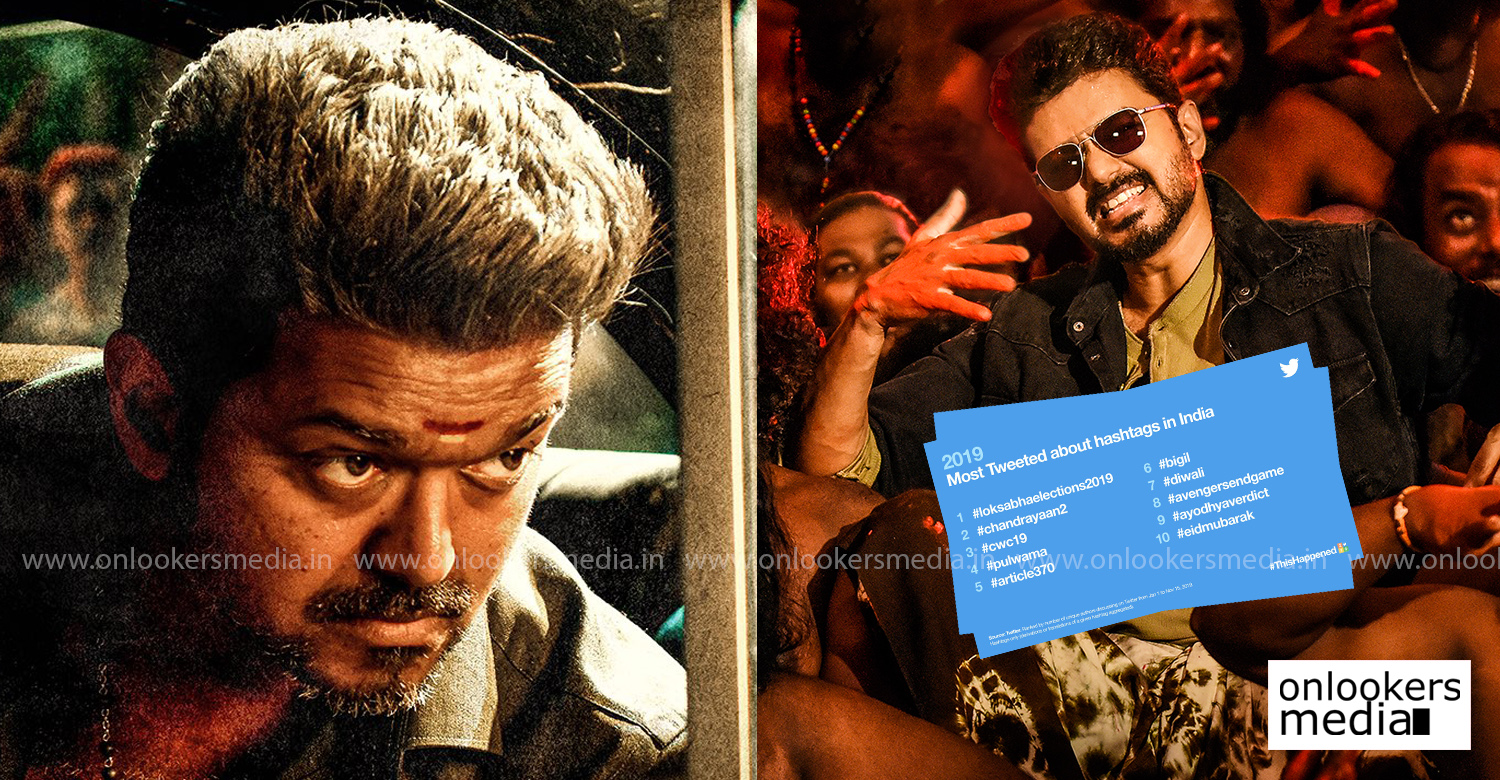 Bigil is the only Indian film in the list of 2019’s Most Tweeted hashtags in India!

As the year is coming to an end, Twitter India have released a new list featuring the most tweeted about hashtags. Lok Sabha Elections 2019 tops the list. From entertainment arena, ‘Avengers End Game’ and Tamil superstar Vijay’s ‘Bigil’ have made it to the list.

A regional film like ‘Bigil’ finding a place in the list speaks volumes about the kind of popularity that it enjoyed among the masses. The star’s fans were actively involved in the film’s promotions in social media platforms. Such aggressive promotions helped the film emerge as a huge blockbuster, both in the domestic and international markets. The Atlee directorial is one of the highest grossers in Indian cinema this year.

Related Items:2019 most tweeted about hashtags in india, bigil