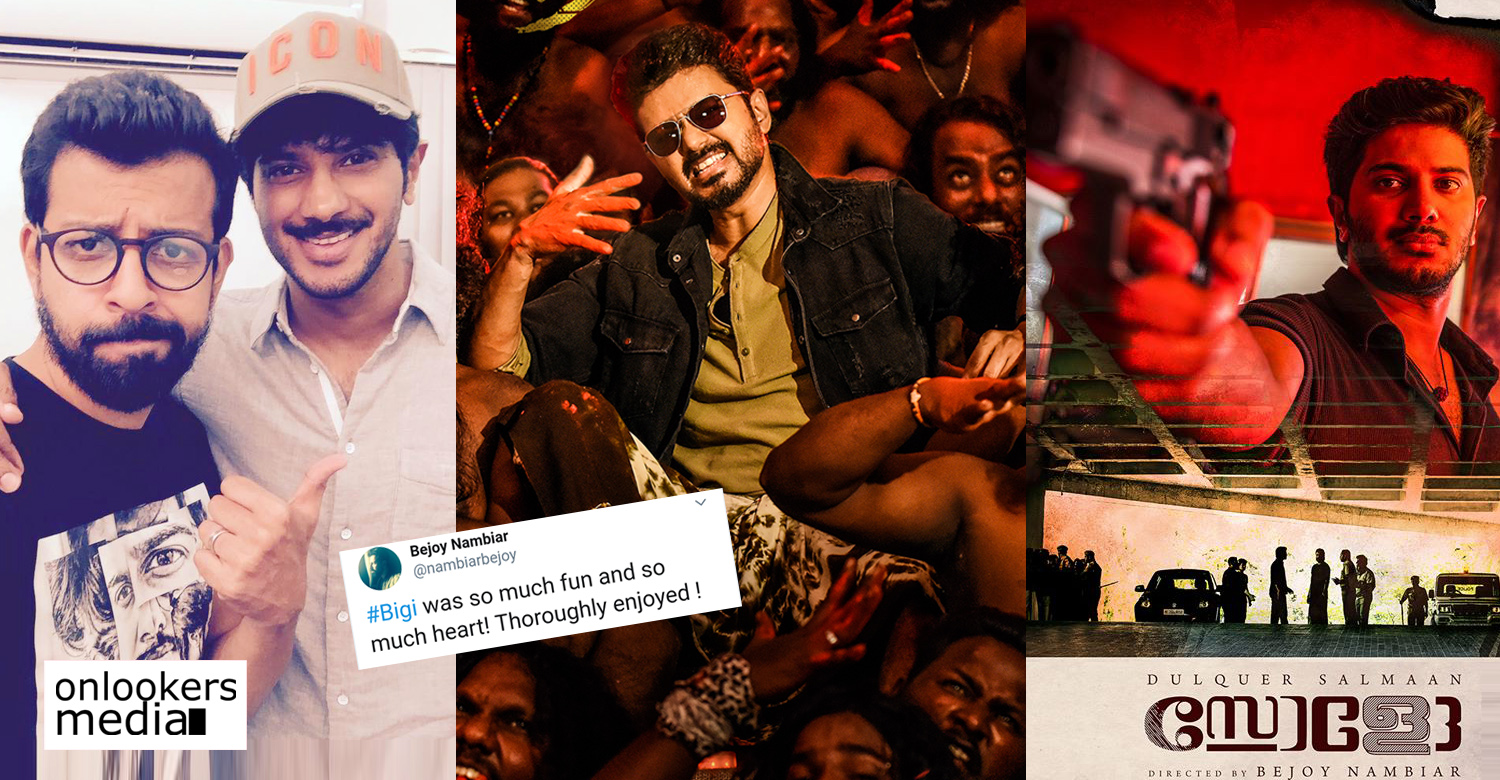 Bigil was so much fun and so much heart; Thoroughly enjoyed: Solo director Bejoy Nambiar

As ‘Bigil’ is almost done its first week of theatrical run, the box office figures are huge and has exceeded all expectations. Though critic reviews have been mixed, the massive collections prove that there are takers for the movie among the common audience. Several celebrities have also spoken highly of the movie.

Recently, filmmaker Bejoy Nambiar had tweeted about how he enjoyed watching ‘Bigil’. Nambiar, a former associate of Mani Ratnam, has made films like ‘David’, ‘Wazir’ and ‘Solo’. His tweet about ‘Bigil’ reads,

#Bigil was so much fun and so much heart! Thoroughly enjoyed !

‘Bigil’ directed by Atlee is a complete mass entertainer featuring Vijay in a dual role as a gangster father and his footballer-turned-coach son. Along with the usual commercial elements, the film has a women’s football angle. Going by the initial response, it seems like the film has struck well with its target audience – the women and family audience. Trade sources inform that the film has already gone past the Rs 200 crore mark from its worldwide gross.