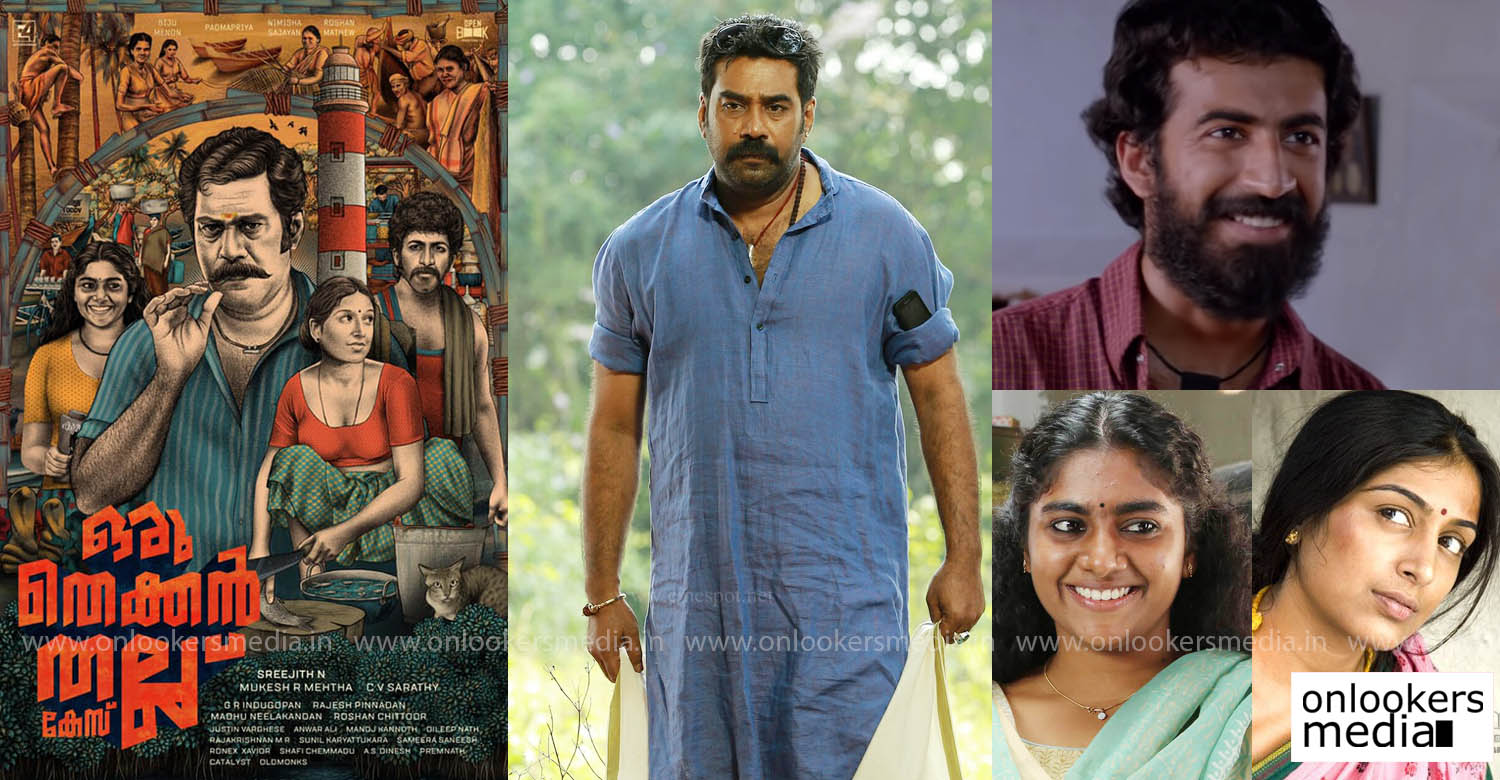 We were among the first to report about Biju Menon playing the lead in the big screen adaptation of GR Indugopan’s popular story ‘Amminipilla Vettu Case’. Debutant director Sreejith N is helming the film, which has been titled as ‘Oru Thekkan Thallu Case’. Its first look poster introducing the lead actors has been released online. Padmapriya is making a comeback after a brief gap. Roshan Mathew and Nimisha Sajayan will be seen in other prominent characters.

The film is produced by Mukesh R Mehta and CV Sarathi under the banner of E4 Entertainment. Rajesh Pinnadan has adapted the screneplay. On the technical front, the makers have got Madhu Neelakandan as the cinematographer and ‘Joji’ fame Justin Varghese as the music director.

Sreejith, the director of ‘Oru Thekkan Thallu Case’, is also making his debut as a scenarist with the upcoming biggie, ‘Bro Daddy’. Prithviraj is directing the film that his him along with superstar Mohanlal as the leads. Its shoot has already begun.

Vetrimaaran to script Raghava Lawrence’s next; Here’s the announcement teaser of Adhigaaram
Valimai posters continue to trend in social medias!
To Top